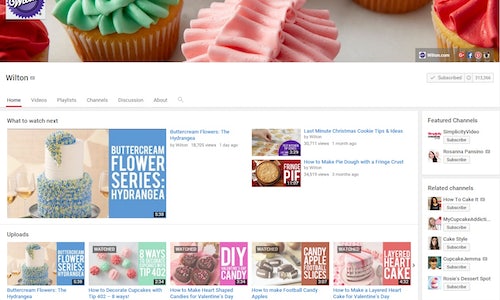 YouTube is a main source for people searching for DIY and how-to content, as well as recipes and how-to's in the food space, so naturally, it became a very important platform for Wilton Cake Decorating in 2015. We wanted to increase our subscribers and engagement through YouTube and implemented a strategy of using personality-driven videos as well as collaborating with content creators outside of Wilton who have large audiences. We set an aggressive goal of increasing our subscribers by 264 percent, and at the end of 2015, we surpassed that goal with an increase of 290 percent.

Wilton focused on growing our YouTube channel through a combination of videos with key influencers and personality-driven videos featuring in-house talent. For our work with key influencers, Wilton partnered up with Kin Community, a leading Multi-Channel Network that delivers high-quality, female-focused video content across a number of lifestyle topics including food, fashion, beauty, DIY, home, health and wellness.

Our main work with Kin Community centered around a video partnership with Rosanna (Ro) Pansino of Nerdy Nummies. We wanted to leverage Ro's existing audience and reach people we weren't currently talking to, but who were already engaged in sweet treat making and cake decorating. Working with Ro was a natural integration because she already used our products prior to Wilton connecting with her.

We established a synchronized upload strategy with Kin: one video would be posted on Ro's channel and another video would be posted on ours. That was the first time Kin implemented this strategy with a brand. Videos on Ro's channel focused on creating a specific project using Wilton products, and the associated video featured Ro explaining how to use a product further.

In addition to working with Ro, Wilton partnered up with additional Kin Community creators. Yolanda Gampp of How to Cake It for a two-part project video: Yo featured a "How to Make a Cheeseburger Cake" video on her YouTube channel and directed viewers to Wilton's YouTube for a second part of the project: "How to Make Sugar Cookie French Fries".

Beyond outside content creators, Wilton developed personality videos with a handful of our own employees trained in sweet treat making and cake decorating. While Wilton has featured demonstrations from in-house talent on YouTube for years, in 2015 we focused on showcasing each individuals' personality while they showed how to make and decorate sweet treats. The results show that non-Ro and non-Yolanda videos on our YouTube channel received 113 percent more views in 2015 than they did in 2014.

Wilton also saw unexpected success from a simple dessert "hack" video posted to both YouTube and Facebook on February 27, 2015. The video, "How to Make a Marshmallow Flower Cupcake Topper", went viral. In just 4 days, the video shared on Wilton's Facebook page reached over 22 million people. Combined with YouTube, the video has reached over 9 million views. The project caught the attention of many as it was unique and impressive, yet also appeared easy to achieve.

The Wilton Digital Marketing team regularly develops "how to" content such as the marshmallow flower topper video. Creating help content consistently taps into the search functionality of YouTube. Top viewed videos for 2015 included How to Cover a Round Cake with Fondant and How to Make Wilton Buttercream Icing.

The combination of these strategies all contributed to the growth Wilton saw in YouTube subscribers and engagement. 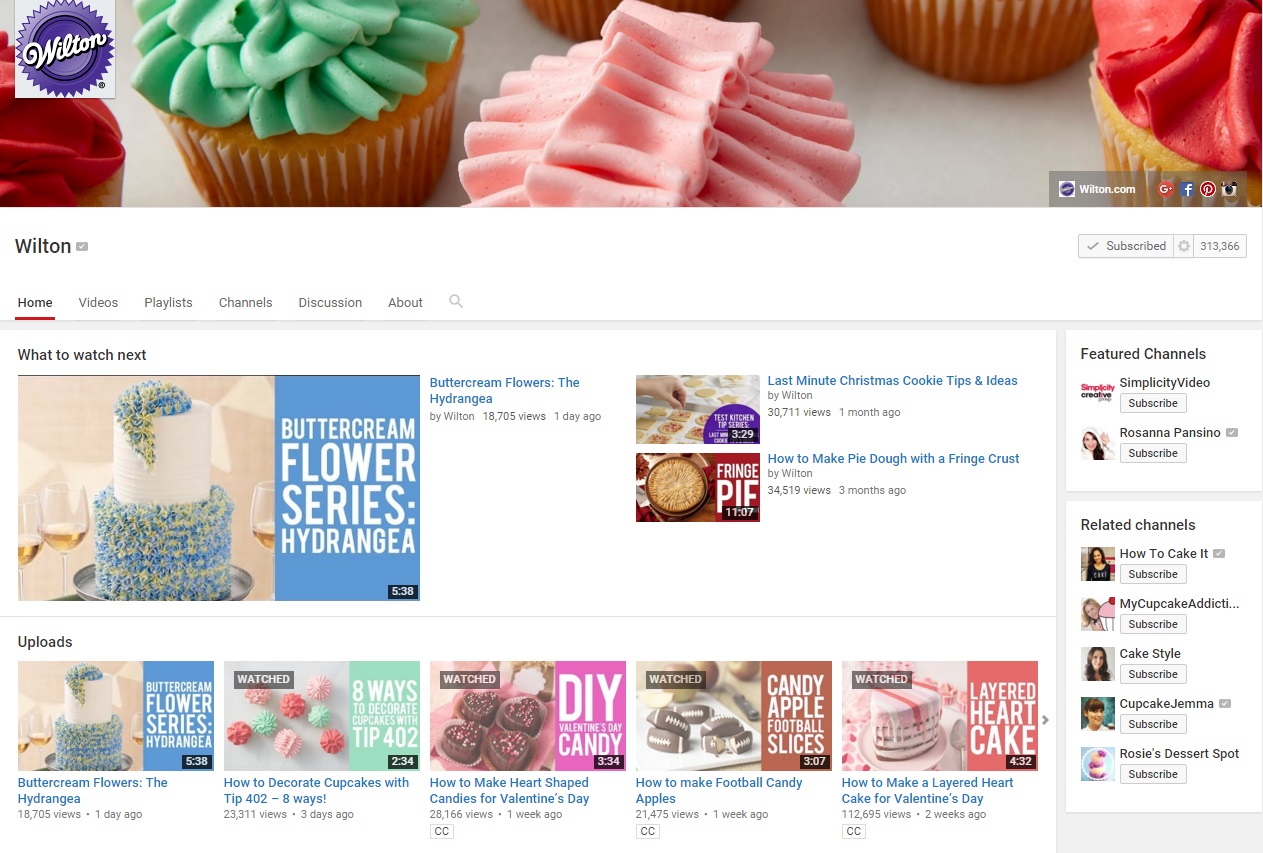