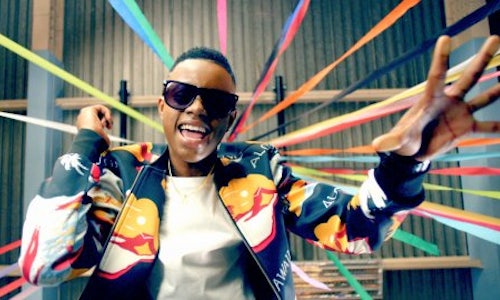 DanceOn's main objective for the #WatchMeDanceOn campaign was to drive interest for emerging hip hop artist Silento and his newest single, "Watch Me (Whip / Nae Nae)." DanceOn's goal was to produce a professional music video for the song, drive Silento's single up the music charts, increase sales of iTunes downloads, drive streams across platforms including YouTube and Spotify, and ultimately create the biggest dance trend of 2015.

DanceOn's key strategy was to utilize its vast network of incredibly talented, popular dancers and choreographers to reach the largest global audience possible.

DanceOn successfully worked with nearly 50 of the biggest influencers in its network for the #WatchMeDanceOn campaign. Each channel partner created an original video to the "Watch Me (Whip/Nae Nae)" music track, featuring the signature dance move from the original Silento video, dancing along to the song's lyrics and adding their own, unique choreography.

Once they completed their #WatchMeDanceOn videos, each partner uploaded their video to their respective YouTube channels. Using the #WatchMeDanceOn messaging and hashtag, the channel partners ensured their fan base and subscribers would share the content to spread the Whip/Nae Nae dance trend.

Additionally, DanceOn promoted content through a series of video clips natively uploaded onto each channel partners' Facebook pages. DanceOn also created a video featuring the Top 5 #WatchMeDanceOn performances, as well as an interactive playlist linking to all the partner videos in the campaign, that lived on DanceOn's YouTube channel. This, in combination with Instagram, Twitter, and Vine promotion, allowed content to gain traction and catapulted our talent's visibility to various online media outlets. Silento himself helped promote the campaign through his various social media channels.

Nearly 50 DanceOn influencers participated, driving more than 150MM views and doubling iTunes sales within the first few months. The campaign pushed Silento's song to a peak position of #3 on the Billboard Hot 100 chart (remaining on the Hot 100 for more than 48 straight weeks), #WatchMeDanceOn became a trending topic, and led to Capitol Records signing Silento to a record deal.

Overall the campaign has generated more than a billion video views since launch. 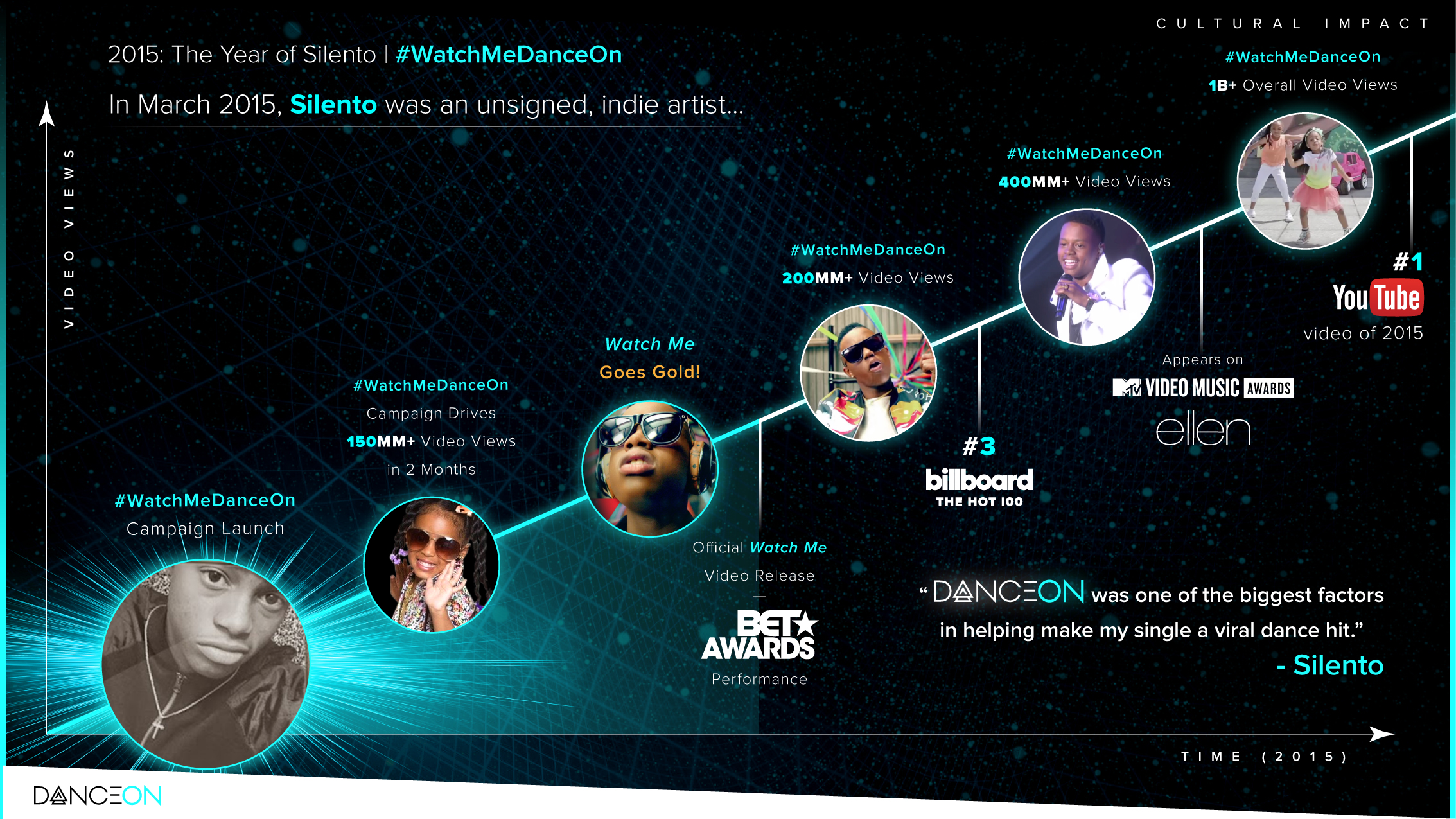 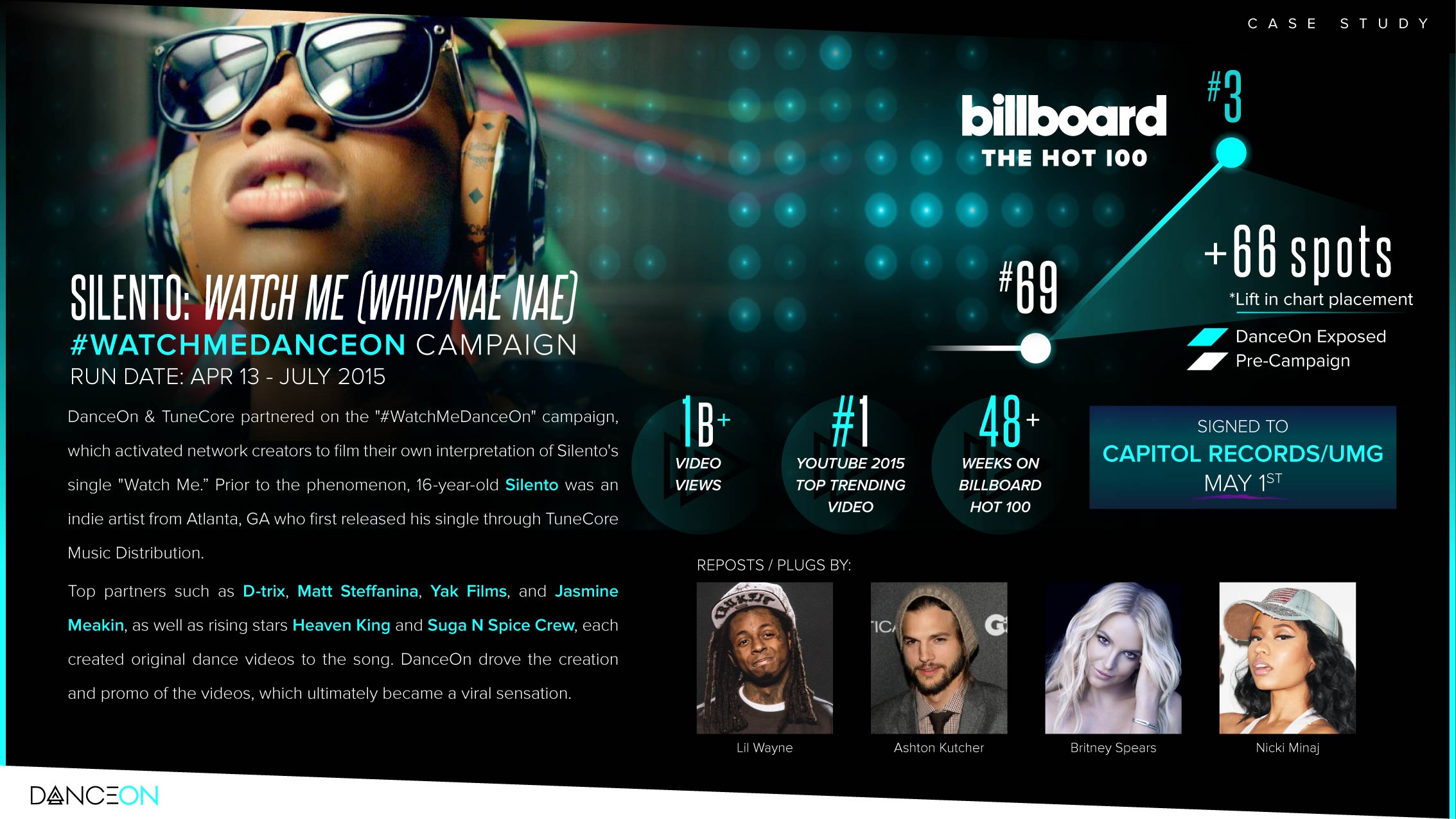 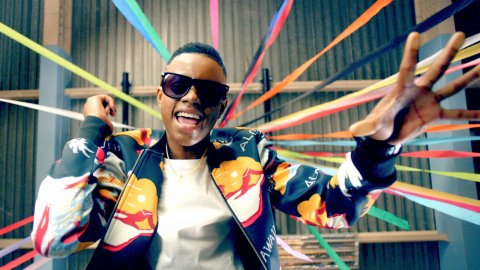