Leading up to the official launch of Walmart's Black Friday sale, iced media supported the launch of the Black Friday Tab Leak with a disruptive, Snapchat-led, campaign. We sought to introduce Walmart.com to a new potential consumer base, with seemingly no brand bias, placing the brand into a consumer set ready for an immersive, personalized experience.

Partnering with four of Snapchat's top creators, we brought to life the tab 'leak' in a unique and engaging manner, inciting and enticing viewers to learn more and consider purchase during the timeframe of November 13th to the evening of November 15th. CyreneQ utilized her audience to help her decide what she should buy for her mother for the Holidays. Shonduras asked his highly engaging audience what they would buy from Walmart.com. Miologie debated with her fans what their favorite thing about November was. While MPlatco asked his audience what he should be buying for himself.

The campaign reached far past Snapchat, with contests lead by each influencer on both Twitter and Instagram, driving their fans to upload UGC.

With a combined total of 6,788,900 total story views and an average 49,675 views per snap, each of the four influencers Snapchat stories proved to be both engaging and entertaining. Shonduras himself drove almost 69% of the total story views, driven by his unique storytelling that Gen Z consumers have come to love.

Over 88% of campaign clicks to our unique trackable link came from Snapchat users typing the URL into their mobile browser. The remaining clicks came Twitter or Facebook.

The affinity for our Walmart.com Snapchat creators led to guided UGC participation and sharing outside of the main platform. Fans and followers of our creator set continued to share their enthusiasm for the #SnapFriday contest across Instagram and Twitter, posting their favorite Walmart.com's #SnapFriday moments. With 152,000 impressions on Twitter and 19,500 impressions on Instagram.

SnapFriday garnered a 38% positive consumer sentiment, which is nearly 2X more positive than that of general Walmart related topics.

Snapchat proved to be a viable platform for creative storytelling around a key seasonal moment in a fresh and relevant way, driving over 6.8M impressions around Walmart.com's Black Friday tab leak content. Walmart.com was able to borrow equity through the adoption of Snapchat and it's top creators, leading to strong positive sentiment for the retailer during a key seasonal moment. 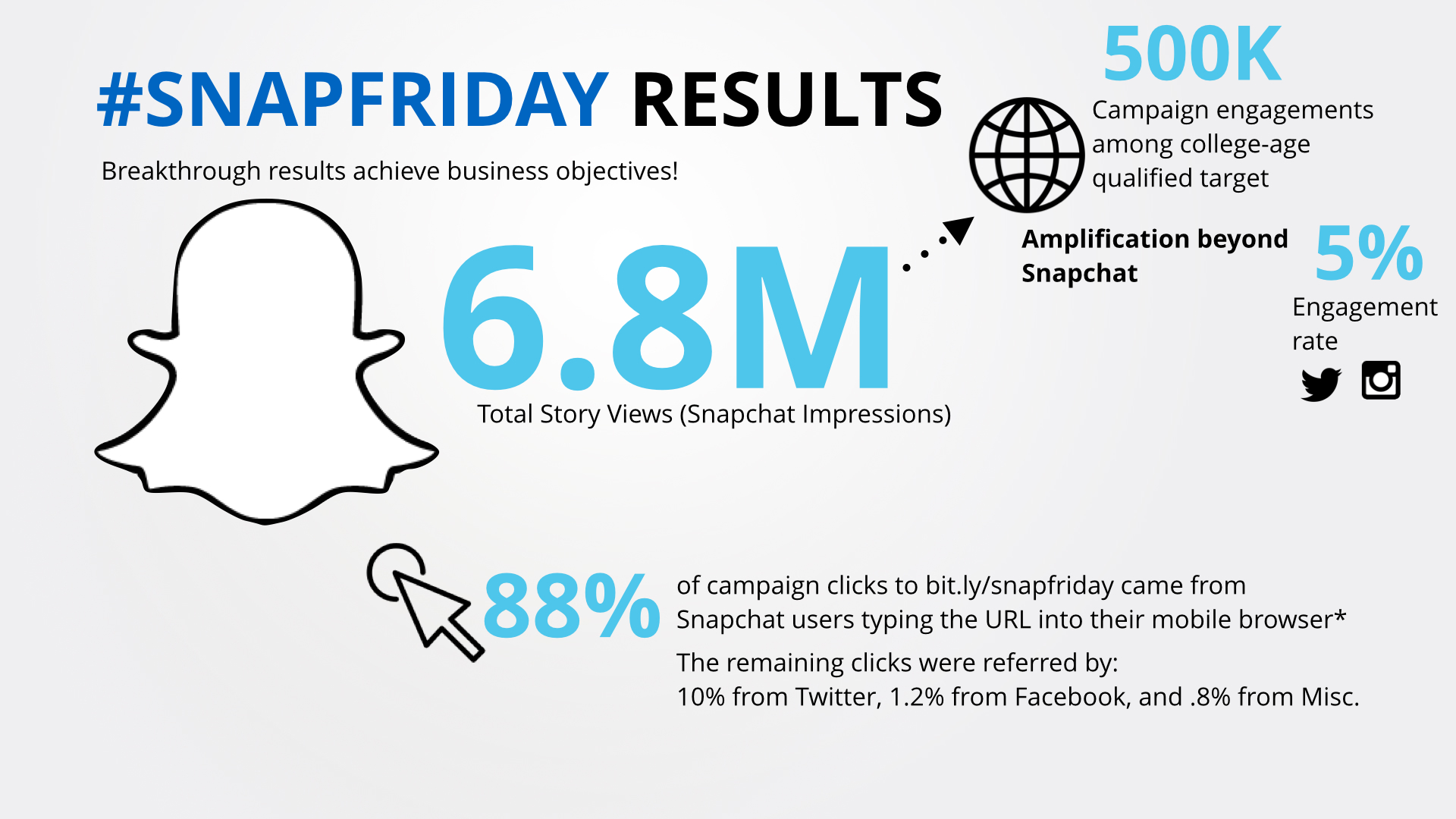 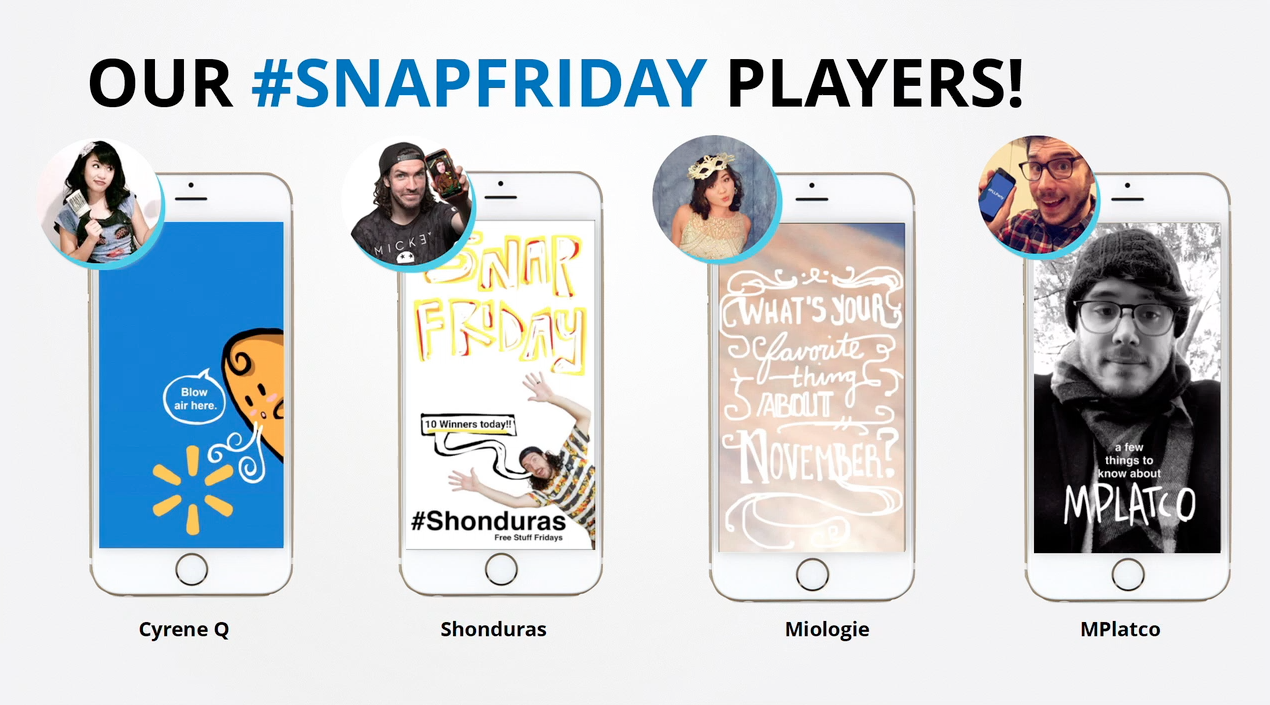