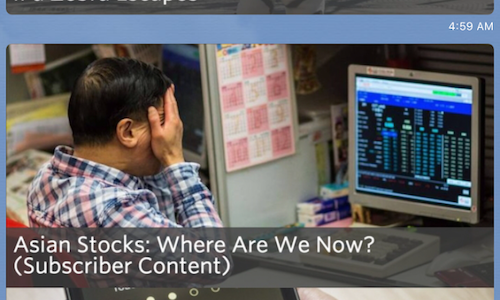 The WSJ's goal in building a presence on the LINE app was to reach the platform's 212 million-plus MAUs, and to leverage our first-mover advantage as an inaugural news publisher on the app. LINE continues to be the fastest-growing global social media app -- growing by 59 percent to Snapchat's 45 percent last year, according to the Global Web Index. The app itself presents a new, exciting way for us to connect directly with readers, and to experiment with new methods of news aggregation and reader participation in our stories. By all accounts, both of these central goals have been achieved.

We engage directly with users, and leverage the app's focus on one-to-one interaction to complement our journalism. For example, we built engagement around our Asian aviation interactive by prompting readers to tell us about their flying experiences in Asia, following a string of high profile flight accidents. When we held our recent Converge Tech conference in Hong Kong, we received thousands of questions via LINE for Xiaomi and Softbank's CEOs who were speaking at the conference.

We launched LINE in November 2014 and have grown an audience of more than 2.2 million followers through a mix of push alerts and homepage posts on the app, resulting in hundreds of thousands of visits back to WSJ.com. 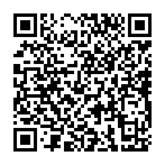 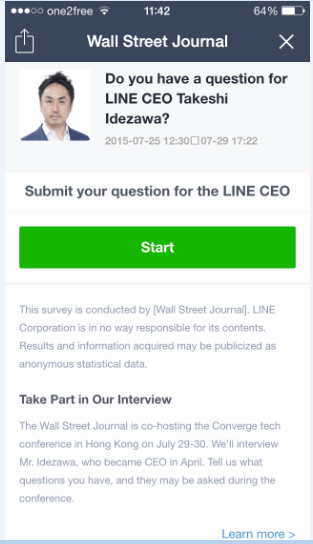 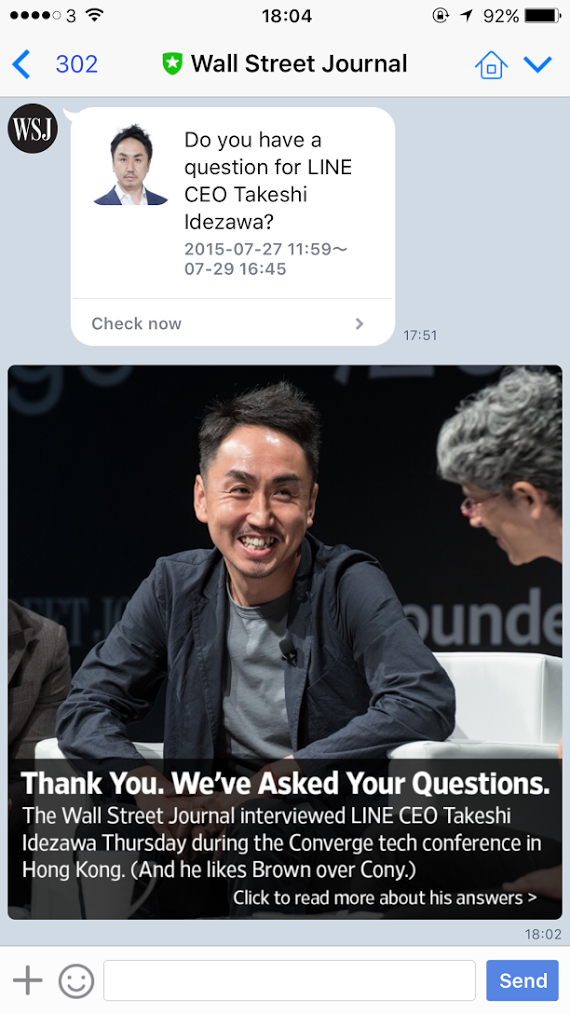 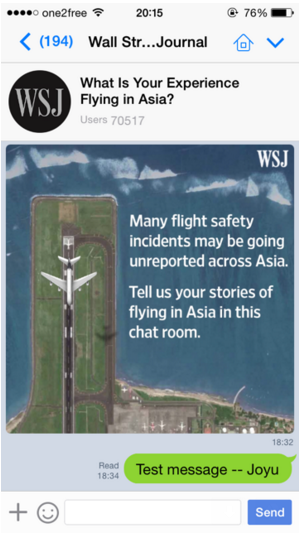 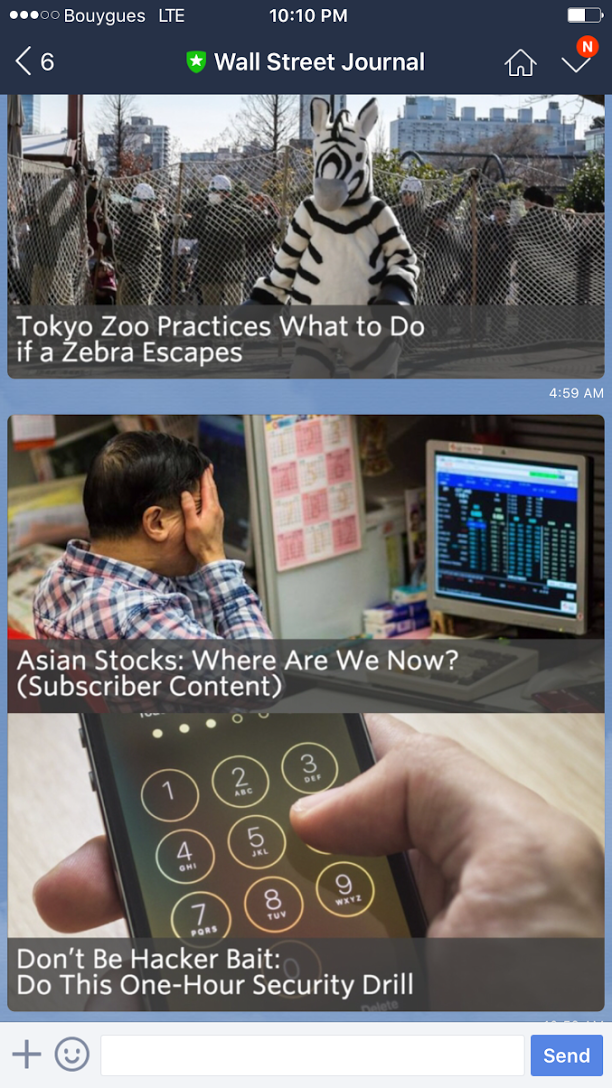