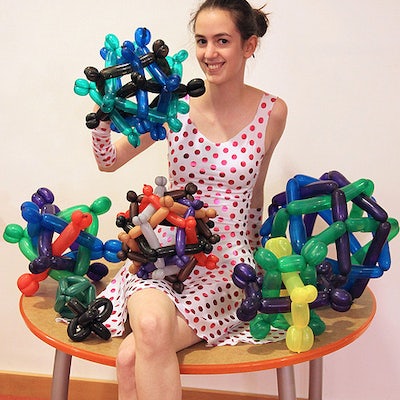 Victoria Hart, aka Vi Hart, makes math fun, tackling everything from Pi and Anti-Pi to fractals to the relationship between music and math. Their videos are often just Vi, drawing and talking, but they’re packed with information—Vi often makes math videos for the Khan Academy as their self-professed “resident mathemusician." But Vi’s also a risk-taker with their art. On a second YouTube channel, they released multiple videos of a microwave counting down to much confusion and delight from artists. They’re not afraid to tackle gender issues either. Their views on gender agnosticism were discussed in a viral video in 2015 to massive Twitter and Tumblr support.