There was a time when people believed that the Earth was flat. So when the time came to introduce Corner Bakery Cafe's new menu item, Grilled Flats, to the world, history had taught us that it would take some work to convince people what they inherently believed simply wasn't true.

While "Flats" refers to the flatbread used to prepare the sandwiches, that's the only thing flat about them. They are a handful of delicious flavors that would surprise and delight any Corner Bakery Cafe guest brave enough to try—and believe in—something new. To convert the skeptics into believers, the brand needed a social activation that would reach a critical mass, turn myth into fact, and make Corner Bakery Cafe the lunch break destination for those looking to remap their cravings.

In other words, we decided to have some fun with it.

The Grilled Flats social activation began with engaging influencers who had been selected for the size of their communities, their level of online activity, and their connection to the Corner Bakery Cafe brand.

To get their attention and drive them to action, a multi-layer approach was designed to give first and, most importantly, ask for little in return. The first layer was a customized digital image that merged the influencer's social profile photo with a Corner Bakery Cafe t-shirt and pinned, cartoon-like, into a Grilled Flat. Featured prominently on the finished image was the hashtag, #UnFlatMe, instantly making it a shareable piece of media with their communities.

The second layer of the activation was where online engagement became a real-life experience. Each influencer was mailed a personalized certificate for a complimentary Grilled Flat, and they were also encouraged to nominate friends and followers online to be unflattened with an #UnFlatMe digital image of their own.

Photos of the certificates were being seen in social streams, nominations (and volunteers) to #UnFlatMe became so numerous that it was challenging to keep up with the pace. A new name was even given to these new believers—UnFluencers.

As more and more people tried the Grilled Flats, a new level of fandom was created and a new #UnFlatMe world was written into the history books.

The #UnFlatMe activation exceeded expectations by generating 10 million impressions on Twitter alone. #UnFlatMe activated over 170 users and generated nearly 700 posts. Fans with tens of thousands of followers participated, sharing the #UnFlatMe campaign to their spheres of influence. 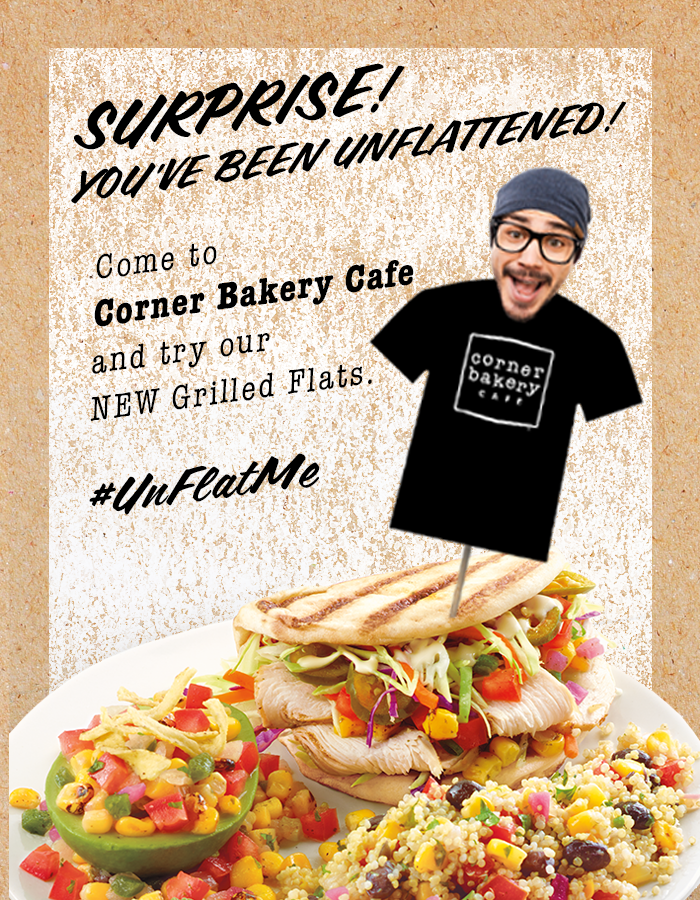