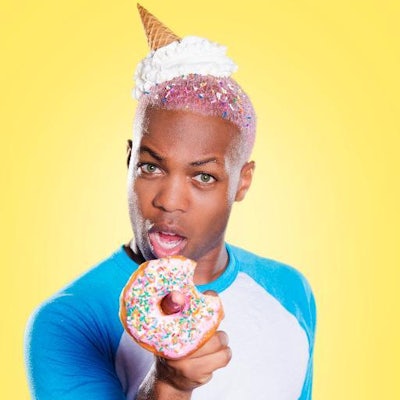 Todrick Hall is a singer, YouTuber, former American Idol contestant, performer on Broadway, and star of his own MTV show Todrick. His video mashups for favorite artists like Beyoncé, Taylor, and Gaga, show him harmonizing and choreographing with his own likeness and voice, but he’s become known for his comedic parodies, like “The Wizard of Ahhhs" and 2015’s “Hocus Broke-us." He’s often collaborating with fellow YouTubers like Kingsley and appears regularly on talk shows and the Broadway stage, from which he’s known to Snapchat backstage. In 2015, Todrick also joined Joseph Gordon-Levitt in drag for a music video and came out to his brother on national TV.