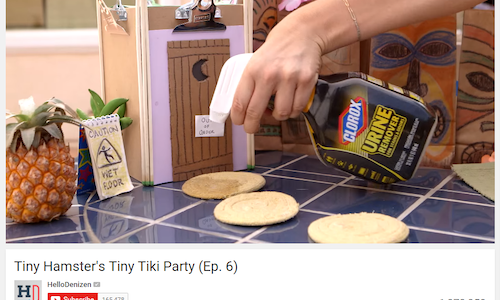 With a new product hitting the market, it can be difficult to gain awareness – especially when the product is related to urine. Since accidents can happen anywhere, sometimes leaving more than a stain behind, Clorox created Clorox® Urine Remover. It works on both stains and odors and is specially formulated for hard-to-clean porous and soft surfaces to break down urine, eliminating odors unlike other cleaners that just mask the smell.

During National Pet Month in May, Clorox sought to raise awareness for the new product and reach an audience of potentially heavy users: animal lovers.

Given the popularity of the video series by Hello Denizen and history of previous pick-up by top media, the partnership was obvious. In this bite-sized journey, hamsters and a hedgehog are treated to tropical drinks at a local tiki bar. After having one too many, Tiny Hamster doesn't make it to the bathroom in time and ends up having an accident! Even the tiniest bladders can make big messes, so to help clean up, the Tiny Hamster enlists Clorox® Urine Remover.

Clorox and Hello Denizen worked closely on the plotline to create a natural product fit for the video series. The video also received an extra boost from Tiny Hamster's set of close followers and the ability to share over social media. The video premiered in May for National Pet Month on Hello Denizen's YouTube page, but was also shared out on both partners' social channels and sent to select media to help promote additional views.

Sentiment for the video was overwhelmingly positive, with more than 98 percent giving the YouTube video a "Thumbs Up." 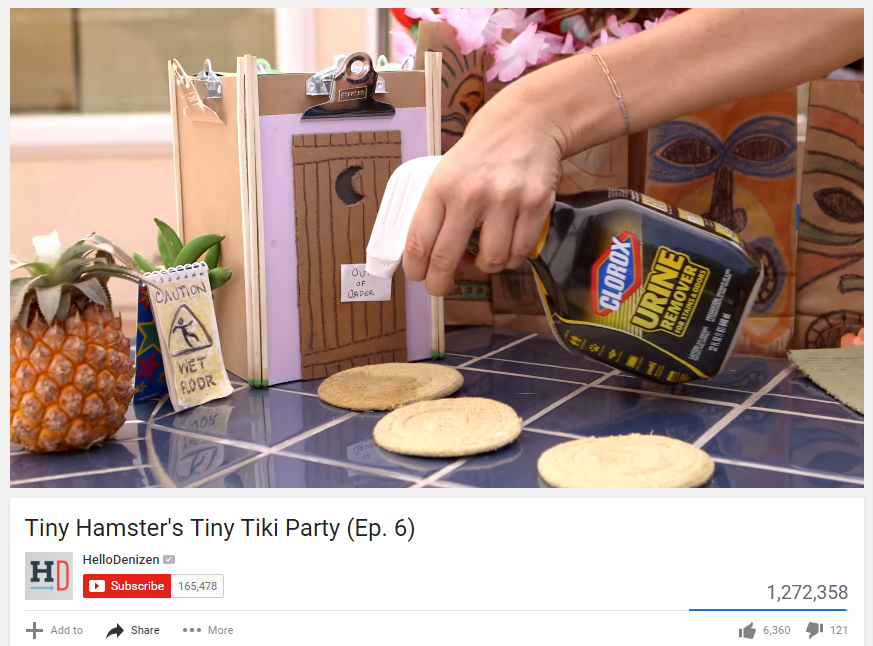