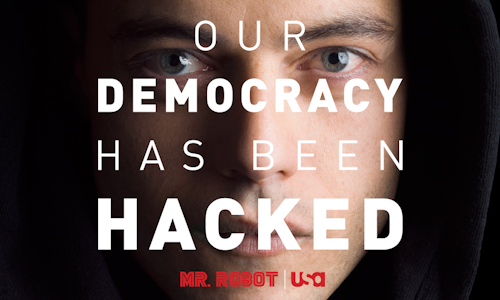 The World Through Mr. Robot

In Spring 2015, USA Network partnered with VaynerMedia to tell the story of Golden Globe-winner Mr. Robot. To do this, we adopted an immersive and unapologetic voice hinged around real-time commentary, hyper-targeted content, and responsive messaging. With a refined and grounded approach to engagement, we launched a season-long campaign that drove buzz and awareness, tune-in intent, and fan evangelism by speaking to culturally relevant moments through our series' unique point-of-view. The result was one of the fastest-growing social communities of any new USA series.

The unique voice of Mr. Robot made its presence felt before, during, and after prime-time hours. Aside from tune-in and recap messaging, we focused our attention on real-time societal happenings to deliver personalized, culturally-relevant content that spoke to both wide and niche audiences on more personal and palpable levels. We championed the news stories that echoed the show's basic sentiments, the news stories no other networks would touch: FIFA's corruption scandal [see: Example 1], the hack of extramarital dating site Ashley Madison [see: Example 2], and national crises such as the NYSE blackout and United Airlines' flight-grounding [see: Example 3]. Culturally relevant moments were fair game, from welcoming Edward Snowden on Twitter [see: Example 4] to calling out Amazon Prime Day's corporate-branded consumer holiday [see: Example 5]. Though it's common for brands to leverage these moments, we used our series' distinct point-of-view to build the world of Mr. Robot by embedding it within our own, not to serve network tune-in messaging.

While commentary and tailored content were effective, personality was essential in bringing Mr. Robot to life on social media. Our dedicated, always-on community management developed relationships with fans across Facebook, Twitter, and Instagram [see: Example 6]. The result? A legion of superfans who lived and breathed Mr Robot. While many of our engagements initially pertained to the series' episodic developments, they grew to involve Mr. Robot's philosophy and its application to the world at large. We enhanced these one-on-one interactions by creating personalized graphics that both reflected tangible societal fears—hacking, identity theft, moral decline—and inserted users into the world of Mr. Robot's paranoid hacker main character, Elliot [see: Example 7]. Additionally, based on their engagement in social media, we sent exclusive merchandise to those members of our community who displayed a particular fascination for the show [see: Example 8]. With a focus on realism, authenticity, and the present, we brought Mr. Robot to the masses. However, instead of immersing fans in our world, we ingrained Mr. Robot in the real-world. As a result, we grew to become a palpable, ever-evolving social entity unafraid to tackle the realities of the world, no matter how bleak.

Our reality-driven approach saw a tremendous reaction from fans. Content around timely news stories drove 173% more impressions than average campaign content at the time. Our 10,000 personalized responses on Twitter drove more than 8 million impressions. And Mr. Robot's social media communities were the fastest-growing of any new USA Network series. Throughout the course of the season, USA Network proved that viewership isn't just driven by tune-in, but built through personalization, highly strategic and immersive engagement, and authentic, reality-driven conversation. As a result, Mr. Robot proved to be one of the hottest new TV shows of the summer and has been a massive success for USA Network. 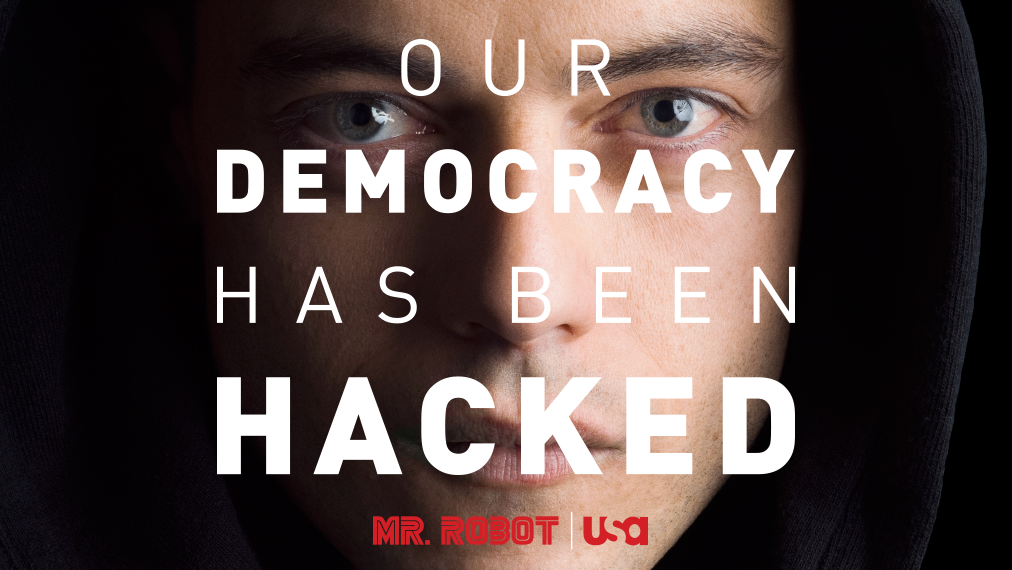