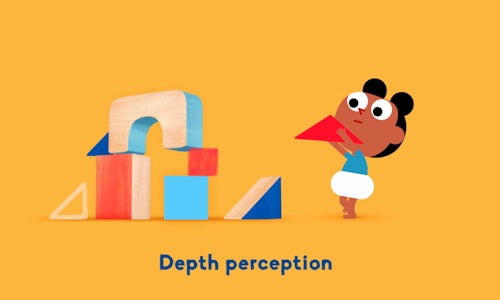 The Genius of Play

While play is critical to virtually every aspect of childhood development, the amount of playtime in kids' lives has been decreasing. The Toy Industry Association (TIA) wanted to spread the word about the power of play – that it's not only fun, but also important to the development of happy, healthy kids.

More specifically, TIA was looking for help packaging their message about the importance of play into a series of videos that were designed to be consumed and shared by the social media world. Equally importantly, TIA wanted the videos to resonate with parents and caregivers to such a degree that they actually allocated more time and freedom towards play in their kids' lives – to create real change in kids' lives.

Furthermore, these videos needed to be toy-agnostic by not featuring any specific toy, so that the Association's member-partners (i.e., toy brands) would be able to help amplify the campaign by sharing the videos.

So how could we create a series of videos that revealed the power of play so effectively that caregivers would be inspired to commit more time in kids' lives?

We started by conducting extensive research with child-development thought leaders from MIT, Harvard, TED and more, with the idea of creating short documentary webisodes about the various ways in which play, toys and development interact. But somewhere along the line, we discovered how much you could scientifically explain by simply showing the different ways kids love to play at different stages of development, and how varied the lessons are at each stage (cognitive, emotional, social, etc.).

So we decided to translate our intellectually heavy research into nine vignettes of immediately recognizable, everyday moments of children's play. And then we added callouts to scientifically explain what's happening in childhood development in those fun moments – to reveal the extraordinary power of ordinary play.

We brought the vignettes to life through animation that features a mix of 2D and 3D elements, a kind of collaged style that's reminiscent of a child's approach to artwork. And we designed the sound to capture real kids playing, without music – as natural as possible, to focus on the ordinary nature of each vignette, so that our reveal of the extraordinary invisible development became even more powerful.

Each video ended with a call-to-action for parents to make a "Play Pledge," a rally cry we developed as a way for caregivers to proudly and publicly commit more playtime in their kids' lives.

We launched all nine bite-sized vignettes on YouTube at once, and cross-annotated the endings to encourage binge-viewing. We also annotated our call-to-action for the Play Pledge, to link viewers directly to the place where they could make their commitment. In terms of amplification, we rallied the Toy Industry Association's member-partners to share our videos through their social channels.

Beyond the initial upload and social push, we also developed a comprehensive content posting schedule for primary social channels to call attention to the videos over time. The videos were also consciously posted natively on Facebook to maximize the opportunity for organic consumption. In addition, we extracted hi-res stills from each video that were representative of the primary message from each short. These were shared on Facebook, Twitter and Instagram as well.

We also recognized the importance of gaining momentum behind all content. In partnership with a media-buying firm, certain content was backed with promotion that was acutely aimed at the target audience. The buy was closely watched and optimized throughout the duration of the campaign posting period.

Since the videos were uploaded in June, the videos and accompanying stills have earned 2.4 million views and reached over 17 million unique people through cross-posting on the social accounts of TIA and their members.

While not a primary objective, TIA was able engage with over 100 member organizations (toy manufacturers, retailers, etc.) and get them to share the content in support of the campaign. The video content also proved to be incredibly resonant with the target audience, achieving a <$0.01 cost/view on YouTube — far exceeding industry norms. The media-buying partner even claimed that it was the most successful campaign they've run.

That said, what we really want – and what's most difficult to measure – is whether or not the videos caused more playtime in kids' lives. That's why we pushed ourselves to develop the "Play Pledge," which served as our most reliable proxy to affirm that the message was not just received, but that it was clearly understood and evoked change. With over 5 million hours having been pledged by caregivers towards playtime in their kids' lives, we can only deduce that caregivers have become more aware of the criticality of play in childhood development and actually taken steps in their lives to increase these opportunities. And that, in our eyes, is the dream success.

Video for The Genius of Play 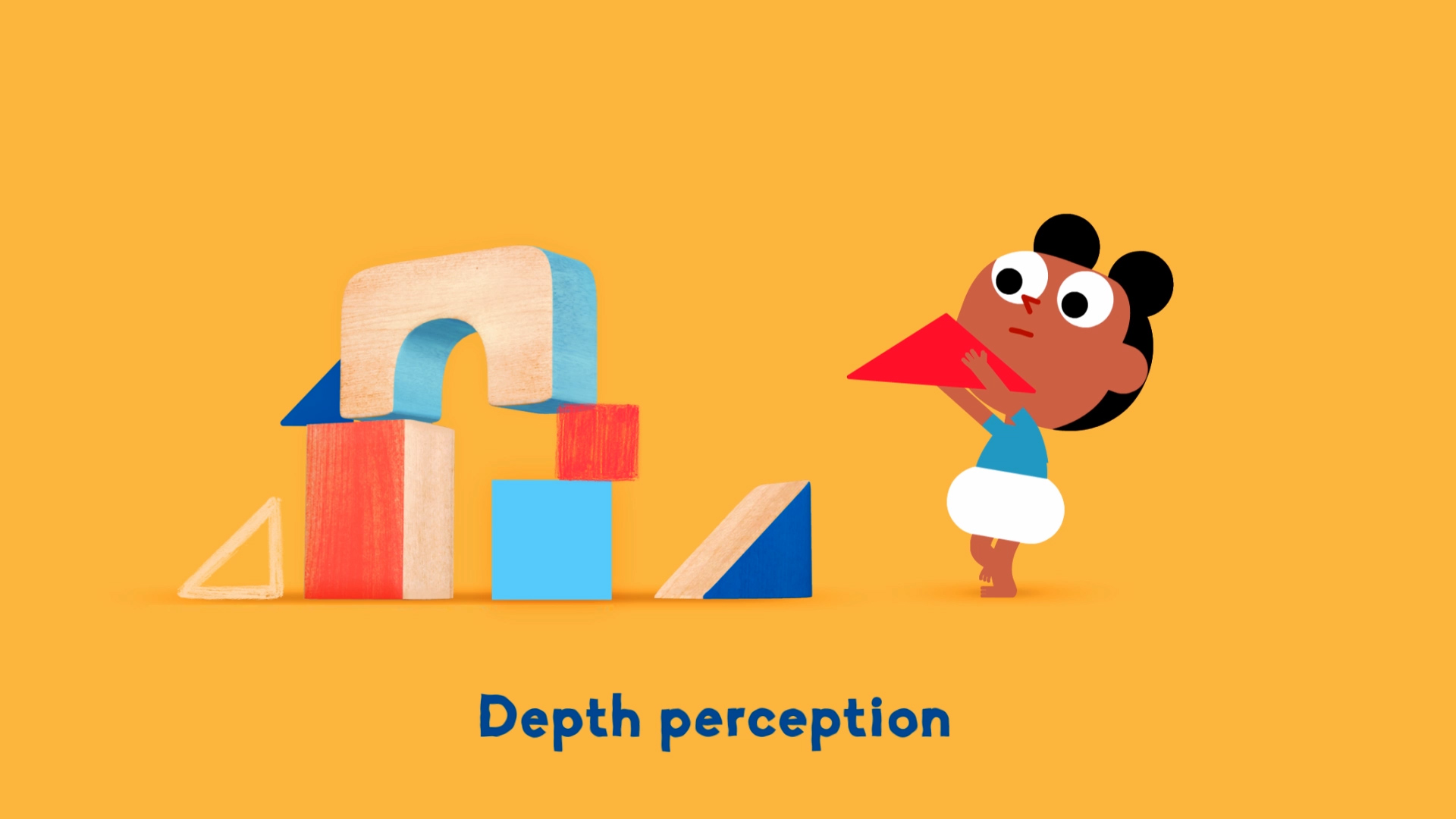 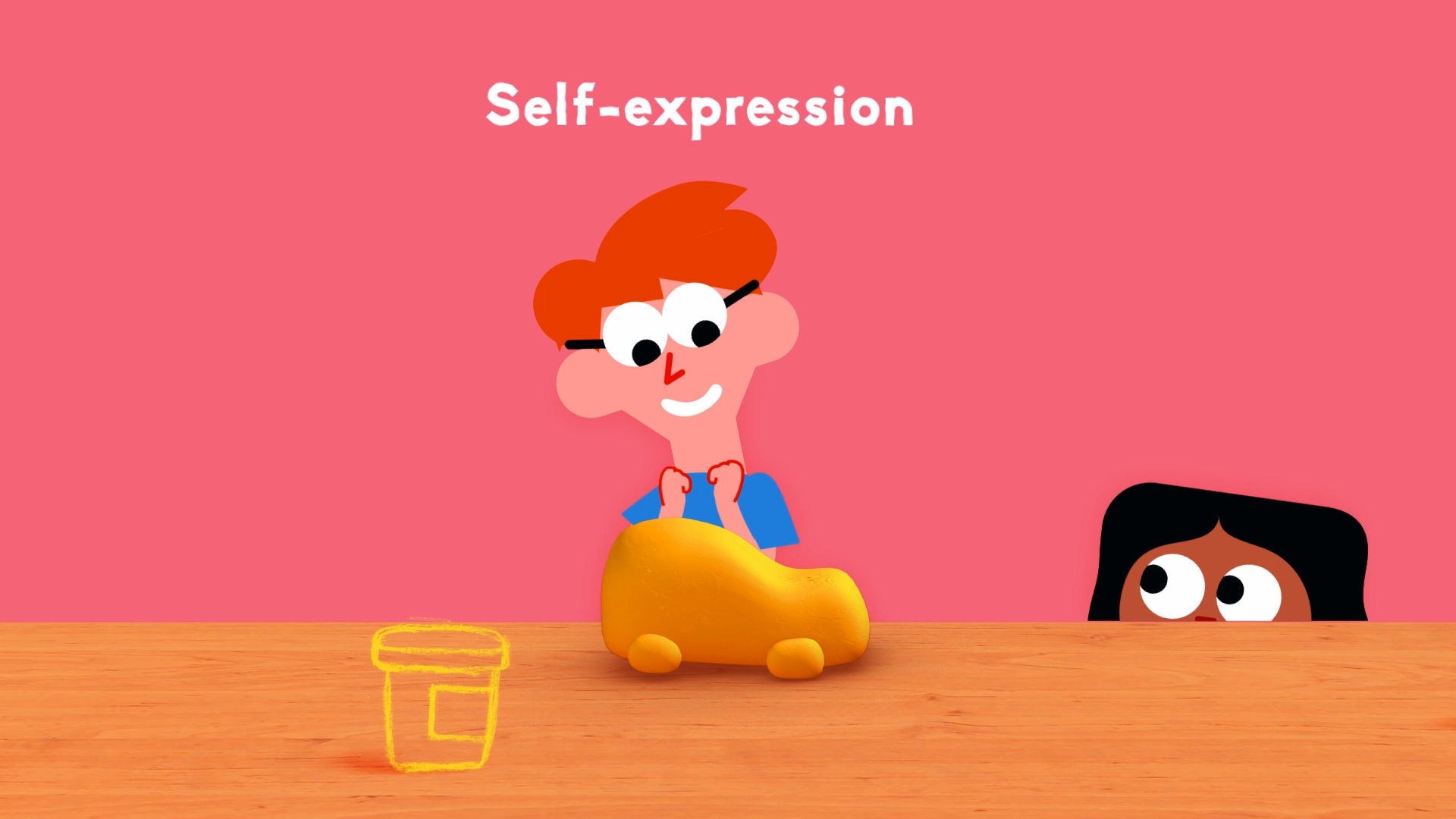 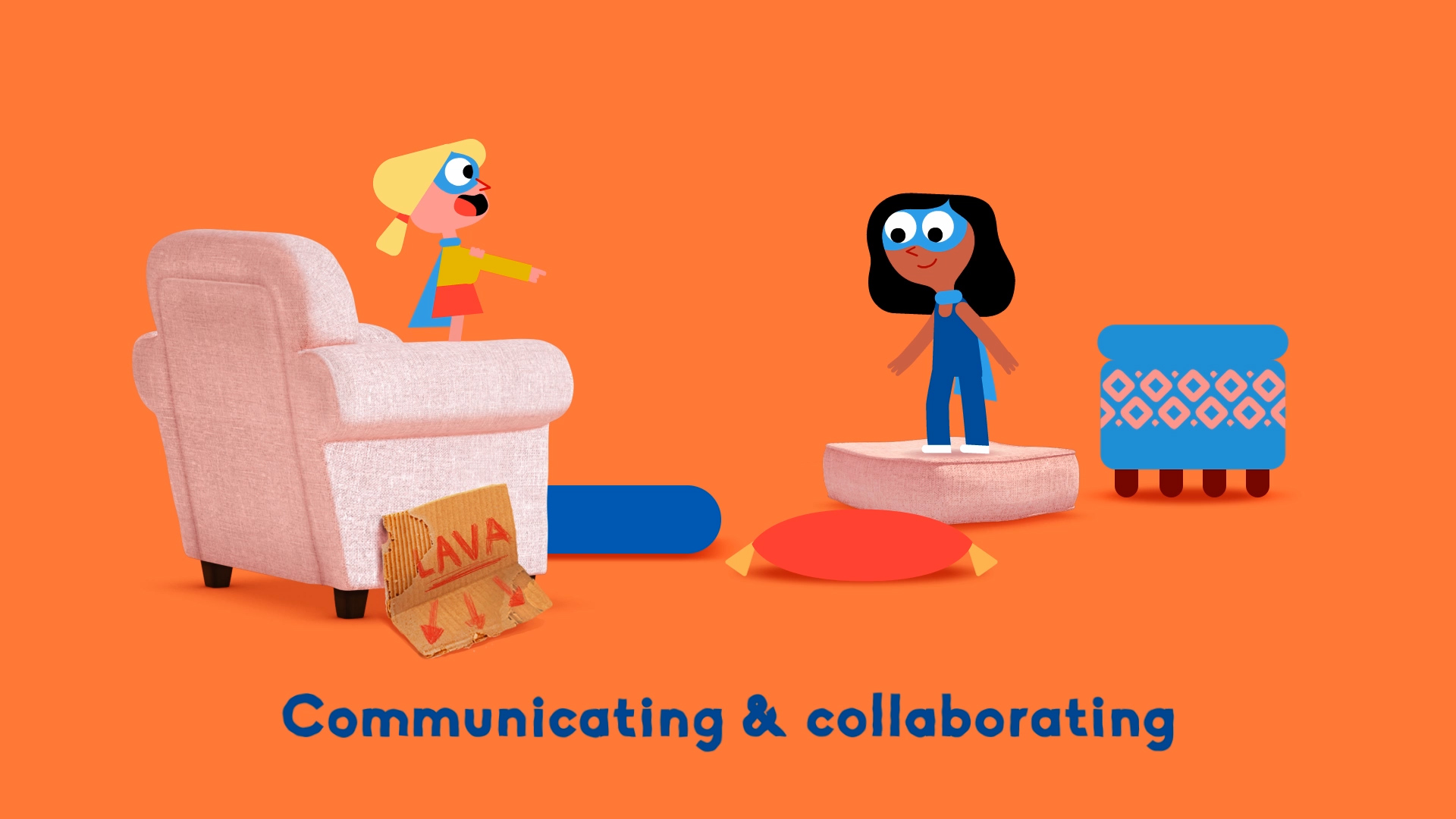 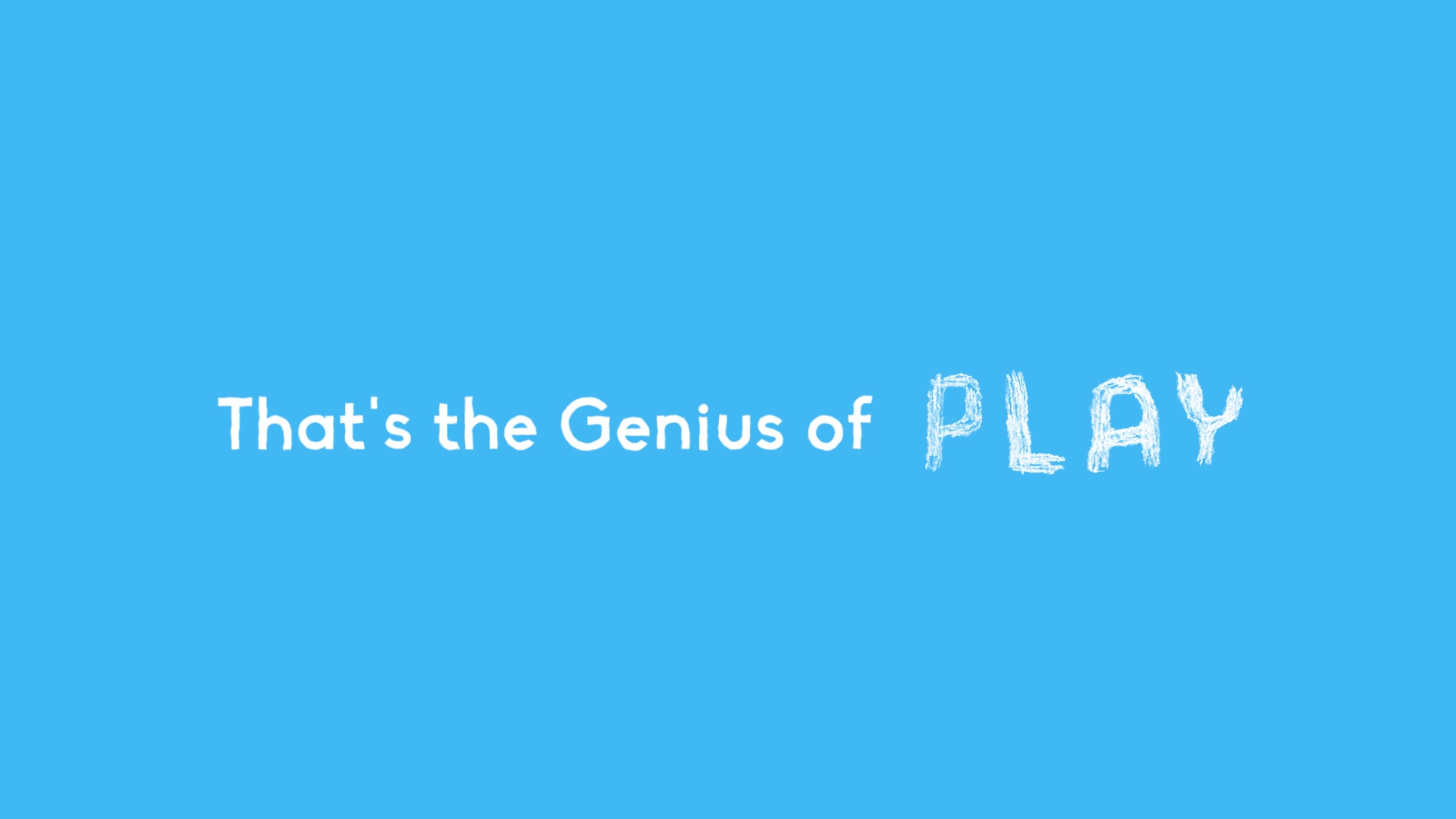 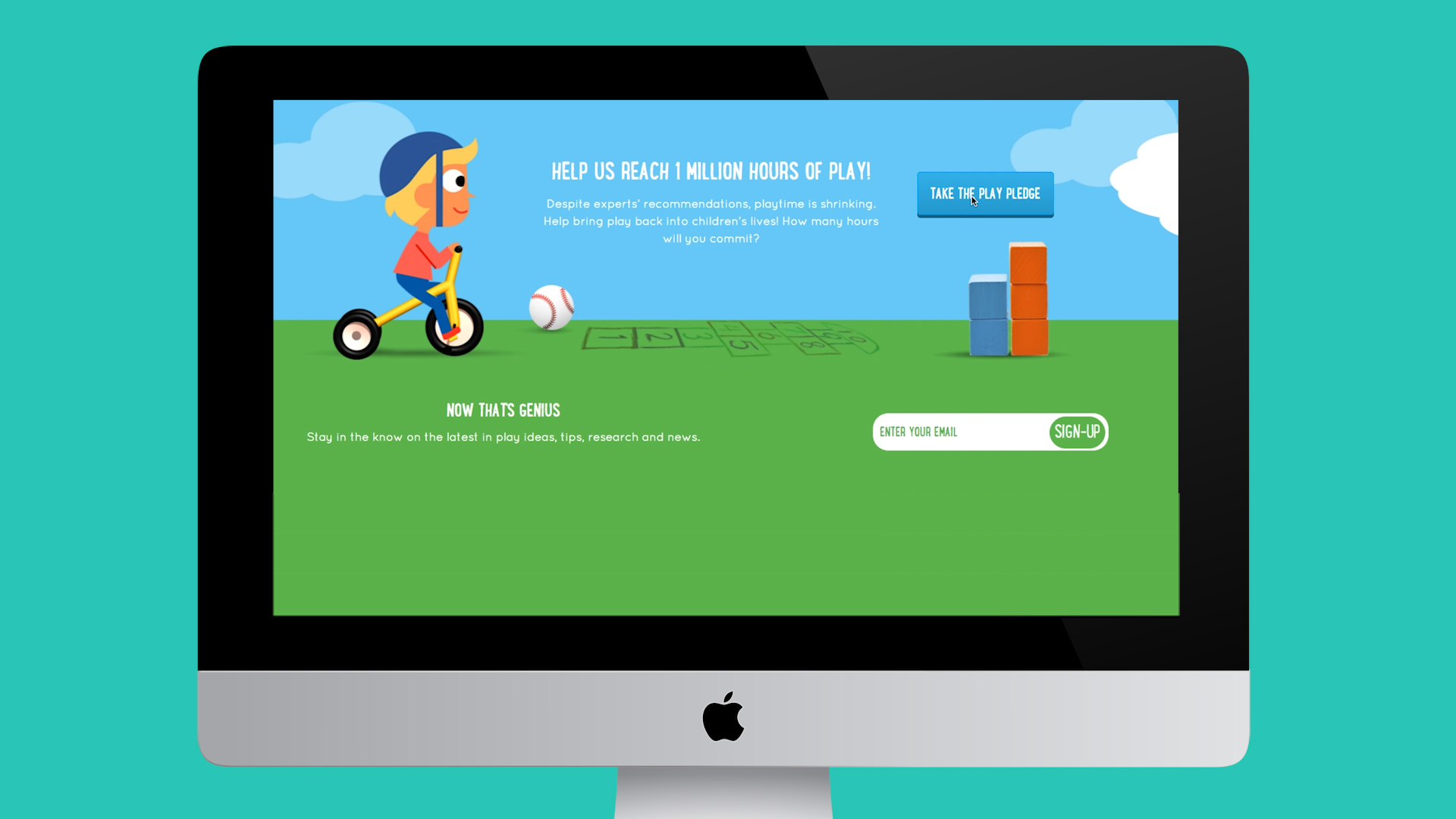