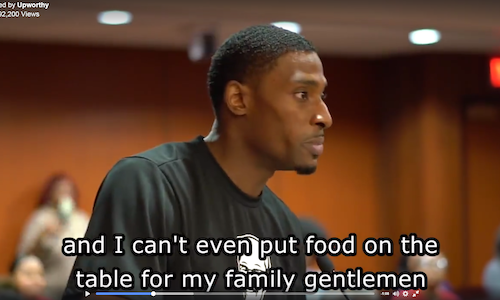 The Fight for $15 Veteran's Day Video

Nearly half of all Americans make less than $15 an hour, far too little to support a family or pay rent in cities across the nation. Even worse, a huge percentage of underpaid workers are adults supporting families. People from all walks of life - even medalled veterans who returned from the front lines to find themselves unable to make ends meet.

Meet Derrell Odom, an Iraq war veteran and former KFC employee in Atlanta, Georgia - and an important voice of the Fight for $15.

As the presidential election began to heat up in late 2015, we knew the election was a chance for our nation to pay attention to the struggles of workers like us. Derrell Odom stepped forward to share his story with the American public.

Derrell was ready to tell the world what it's like to be an Iraq war veteran and KFC employee struggling to support his family on $7.25 an hour.

He gave testimony at a special hearing in Atlanta, GA about his former military service and his then-current fast-food job - and the challenges he faces every day simply trying to survive.

Derrell fought in Iraq, in Fallujah. He earned a Purple Heart. He came home. He got a job cooking at KFC - he loves to cook. But on $7.25 an hour, he was forced to share a room with two roommates and he couldn't afford even the most basic needs for his young son, like a stroller.

Everyone in that room in Atlanta was moved by Derrell's story - it was powerful. But the rest of the country wasn't listening.

So, Derrell and the Fight for $15 movement took his story to the internet. We recut the video of his testimony for best take advantage of Facebook's new emphasis on video content - adding subtitles to make it autoplay-ready.

The deployment was accompanied by a large scale email and social campaign promoting the video to Fight for $15 supporters, but crucially the campaign also coordinated with a number of social communities, particularly Upworthy, to bring the video to a far larger network than otherwise possible.

For a scrappy, worker-powered campaign like the Fight for $15, this is nearly unprecedented. The video singlehandedly brought tremendous attention to Derrell's story - and to the plight of hardworking, underpaid veterans and workers like us across the US.

The success was thanks to the timely launch, the content perfectly designed for the current Facebook video environment, smart leveraging of big social communities like Upworthy - and a truly amazing, inspiring voice in Derrell Odom.

It was a powerful moment for Derrell and all of us at the Fight for $15, a major success for the campaign - and a big win for social justice fights in the internet age.

Video for The Fight for $15 Veteran's Day Video 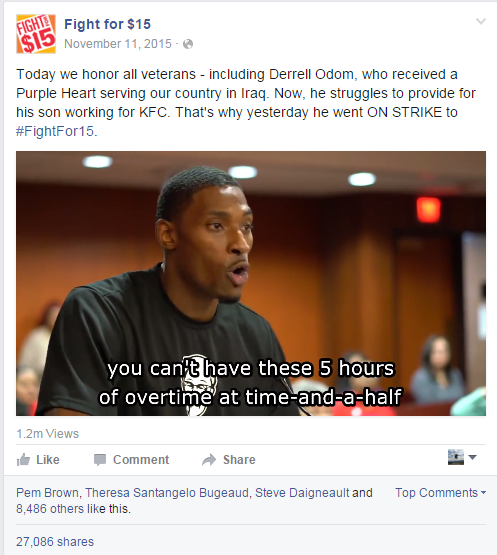 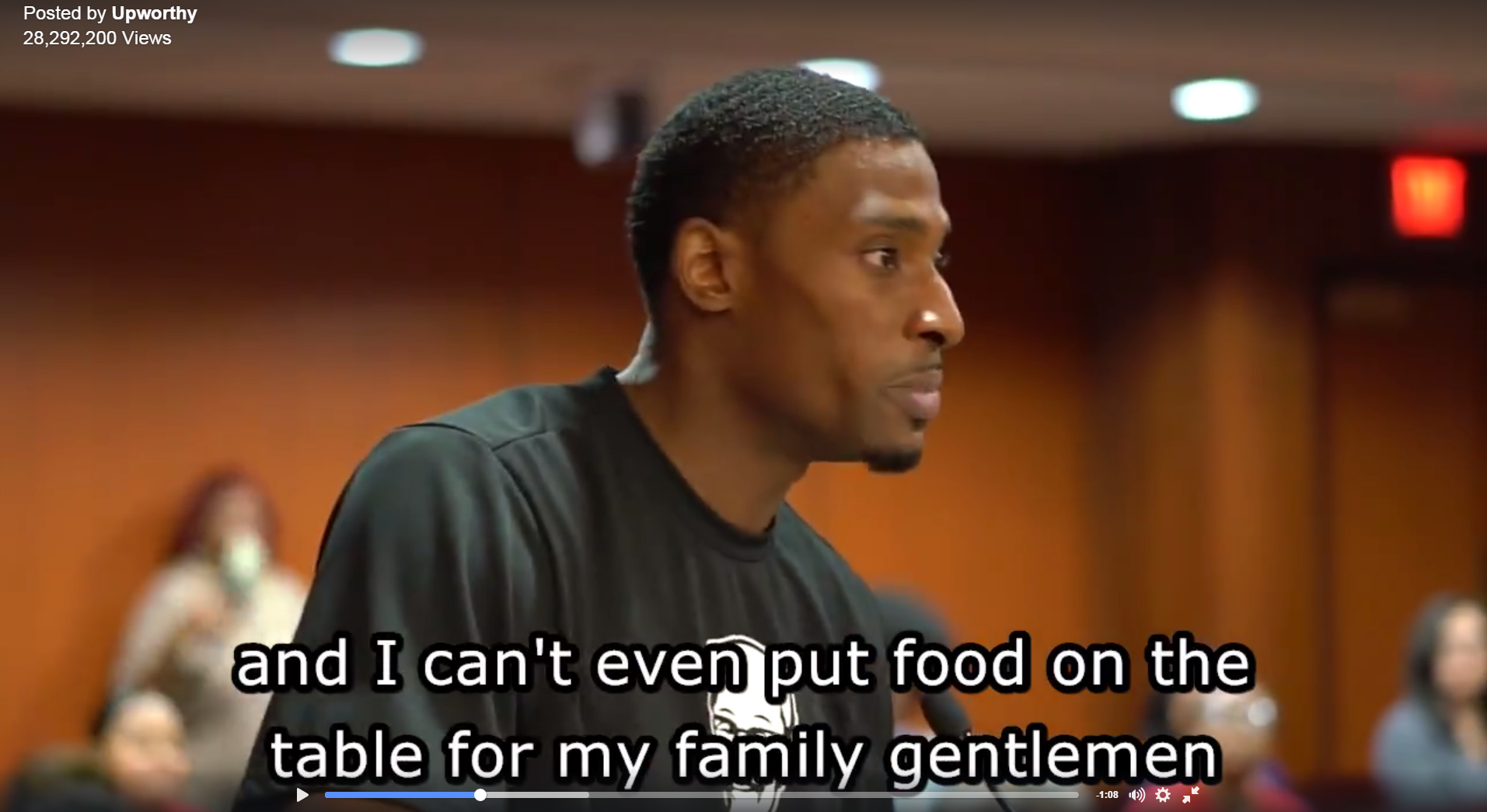