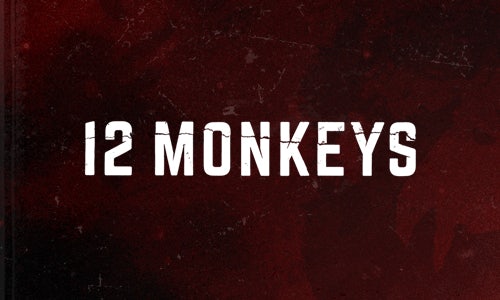 Syfy's 12 Monkeys is a character-driven science fiction thriller about one man's desperate attempt to save mankind using a dangerous and untested method of time travel. Syfy and GLOW's objective around the series launch was to build the world of 12 Monkeys for a new audience by making sense of its complex time-traveling story and supplement the on-air viewing with multi-platform digital and social content around this theme. Syfy also wanted to affirm its commitment to smart, intriguing, complex science-fiction fare.

Since not a lot of effort or time was spent dissecting the time traveling in the series itself, we wanted to give fans a compelling tool to understand and explore it via the site and social forums. At the same time, Syfy and GLOW didn't want to overwhelm viewers or casual fans with the science-fiction aspect. So this campaign needed to be a way to keep the show accessible yet allow for deeper dives by those who wanted to do so.

The goals were to drive an immersive experience that would build and sustain engagement throughout the series and illustrate a comprehensive and clear vision for mapping the time travel jumps of James Cole, one of the lead characters. We also wanted to offer a stream of unique, provocative real-time, platform-specific social content for fans.

The heart of the campaign was the digital Time Map activation that lived on Syfy.com, which GLOW designed and produced. We put animation and interactivity at the forefront so the user could learn and digest the action at their own pace as they watched the timeline "build" over the course of the 13 weeks that the series aired.

Each week, the Time Map would update with the new episode's time travel, which was depicted with photos and video clips directly from the show as well as text-based summaries all working together to contextualize and dramatize several of James Cole's "jumps." We outfitted the Time Map with a number of special features to help both casual viewers as well as superfans delve as deep as they wanted to. Users could look at individual episodes and explore the jumps, toggle through the entire timeline episode by episode, or turn on the "onion skin" function to see the buildup of all the time travel throughout the course of the series while still being able to scroll through episode by episode. Because of all of the different functionality of the Time Map, the activation served the needs of both the casual viewer who wanted a dynamic summary of what happened in each episode as well as the more invested viewers who wanted a deeper dive into the main character's journey. The Time Map updates were also optimized on mobile so the audience could have a similarly rich experience no matter what device they were using.

To extend the Time Map activation socially on Twitter and Facebook beyond our regular teaser posts, each week we created special content to push to the Time Map's newest update. We also produced exclusive "When Is Cole?" video episode recaps that combined show clips and animations from the Time Map. All of the social content served as drivers back to the Time Map and to support tune in to the series. Syfy supported the Time Map on air with promo spots.

Finally, GLOW designed and programmed the digital media campaign for both desktop and mobile. The digital media campaign ran in tandem with the interactive and social experiences to serve the goal of wide-reaching tune in awareness for audiences outside of Syfy's owned media channels. Eye-catching design and animation brought the 12 Monkeys key art to life in a visually eerie way.

This trifecta of creating a dynamic interactive experience, a compelling social media content campaign, and a targeted digital media campaign ensured viewers were met at every opportunity with variations of 12 Monkeys content and messaging geared for each platform. Consolidating all asks of a campaign into one agency allowed for extreme efficiencies and shared platform learnings—paving the way for GLOW to deliver a successful campaign across the board.

Overall, during January to May 2015, the 12 Monkeys Time Map on Syfy.com earned a total of 137K page views, 40K uniques, and 47K visits with a time spent of 3 minutes per visit, which is an outstanding "dwell time" that's notably above industry average.

The "When Is Cole?" videos were our highest performing social content for the series, outside of posts around major series announcements: 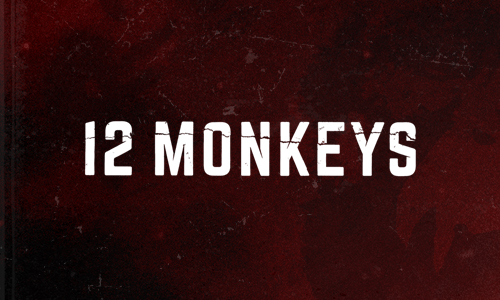