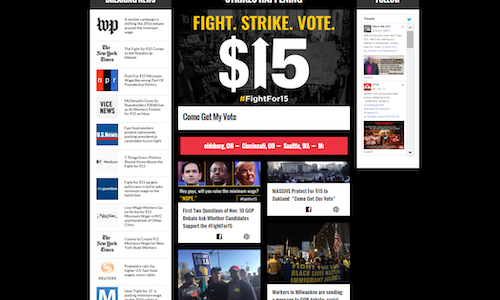 What would happen if fast-food workers like us took over the internet for a day?

We wanted to find out.

On November 10, 2015, the fast-food workers of the Fight for $15 went on strike across the country for $15 an hour and union rights. We took the protest to the next level online, providing rapid response coverage on a laser-focused website: StrikeFastFood.org.

Our objective was simple - bring our stories, of working hard every single day for pay too low to live on, straight from the strike line to every computer and phone across the country. Make some noise - and make some change.

On November 10, 2015, fast-food workers across the nation went on strike for $15 an hour and union rights. Hundreds of thousands of Americans joined us in the streets to protest - and to tell politicians running for office across the nation that it's time for $15.

The #FightFor15 had been building since 2012, when a small band of fast-food workers went on strike in New York - and many skeptics called our demands for $15 an hour impossible. This would be the biggest day for the campaign ever.

It was a powerful moment - but a moment that risked going completely unseen by people not physically near a protest themselves.

That's where the digital campaign made all the difference. The Fight for $15 built a website, StrikeFastFood.org, designed to track our strikes in real-time - and let the world see just how HUGE we had become. We posted hundreds of breaking photos on the site throughout the day, bringing images of protesting workers like us from street corners to desktops across the nation. And those of us in the field, tweeted images of what we were seeing in real-time so the world could see the protests unfold organically.

Simultaneously, the campaign drove out the best content over email and social channels, especially Twitter and Facebook. Reporters looking for news on the strikes were inundated with content - and wrote articles and blog posts that brought even more attention. As supporters saw our actions and tweeted their own content, we immediately engaged with them, retweeting them and highlighting the best user content on our social feeds.

As the day wore on, the focus of news coverage turned towards a Republican presidential debate planned that evening in Milwaukee. And so did the Fight for $15. We marched on the city, and the web coverage immediately shifted to emphasize the importance of our issue in the presidential race.

The impact of our protests and digital coverage had been so massive that Fox News couldn't ignore the issue - their very FIRST question at the debate - for Donald Trump, nonetheless - asked how he'd respond to our demand for $15.

When he answered that "The wages are too high," we were ready to take rapid response to the next level. We sprung into action, launching social graphics, plastering the quote on the website, and pushing out an SMS message to hundreds of thousands of supporters, reading:

We stand by it.

The day was a huge win for the workers of the Fight for $15 any way you slice it.

Massive attention on the internet? We trended on Twitter all day long.

Telling a story in real-time? Hundreds of images from the strike lines went straight from the strikers to the website for the rest of the world to see.

Impacting the political conversation? We were the first questions in the GOP debate.

Building a national movement to address real people's problems and change the way government and corporations treated the most underpaid workers like us? BOOM. 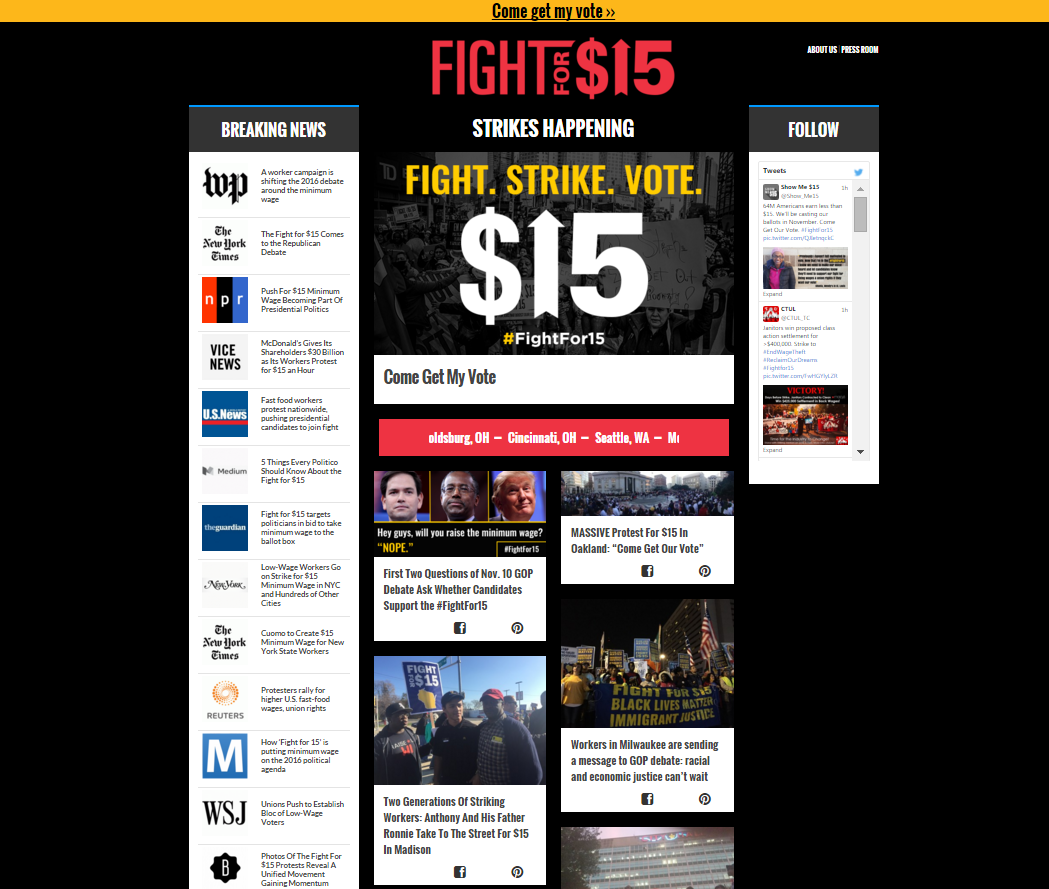 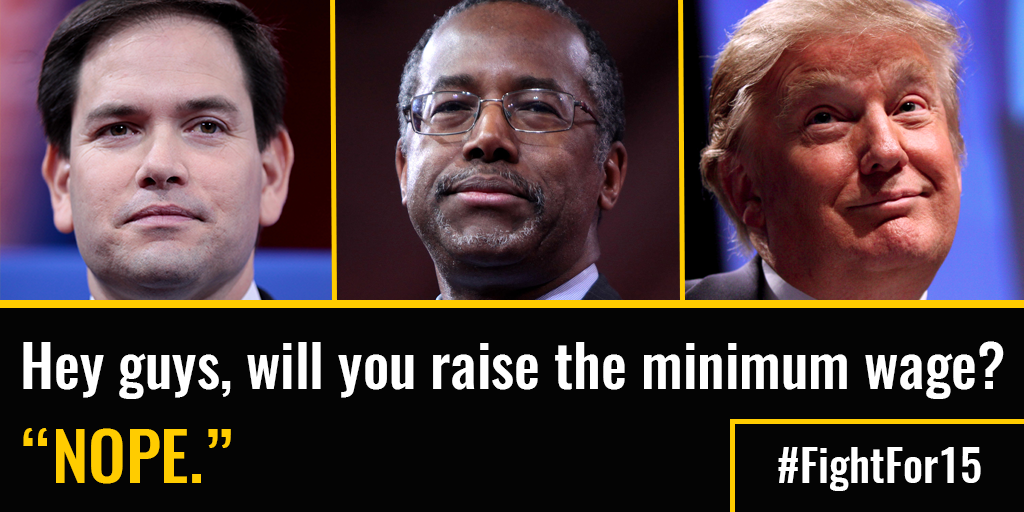 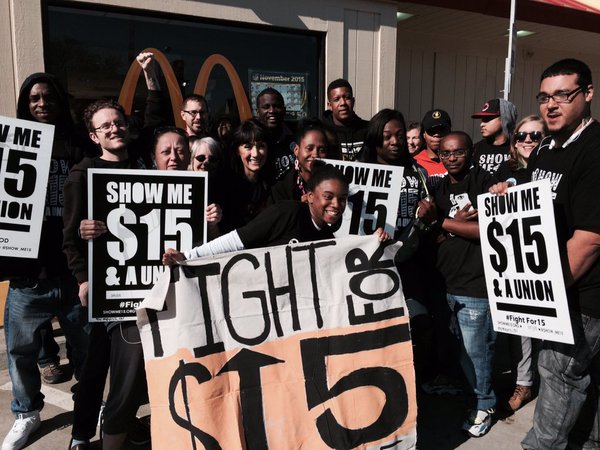 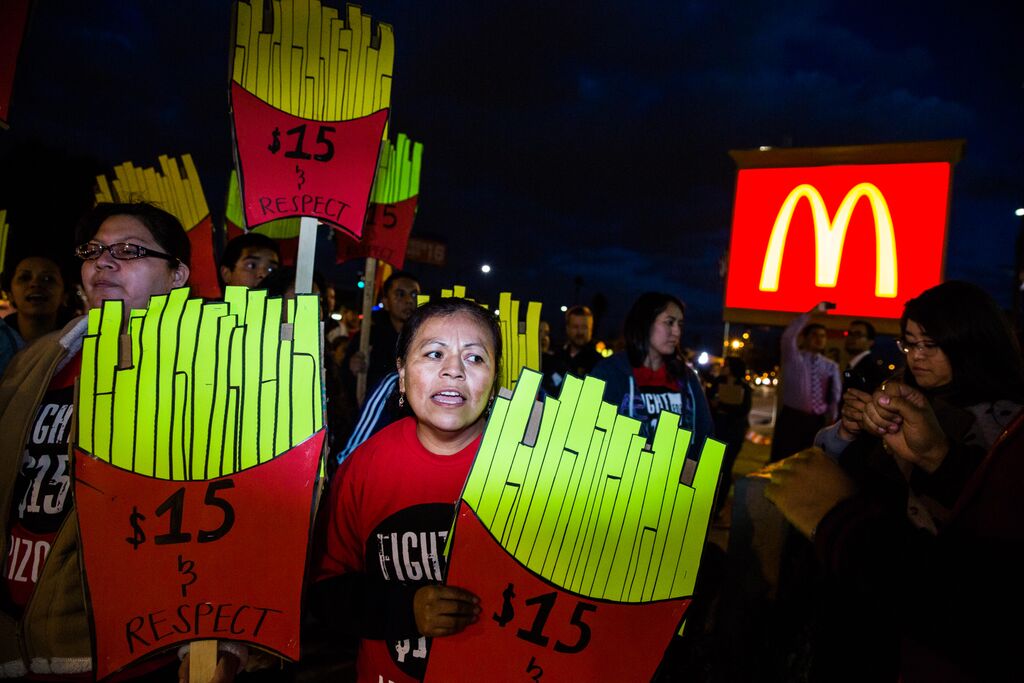 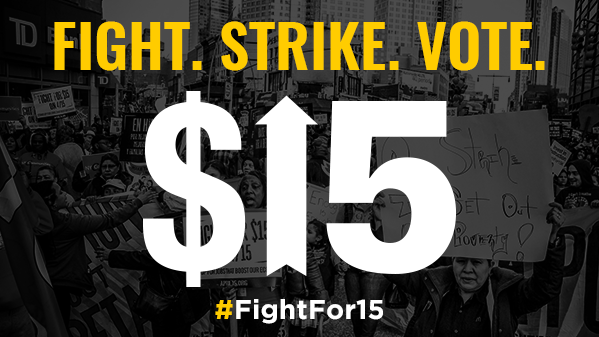