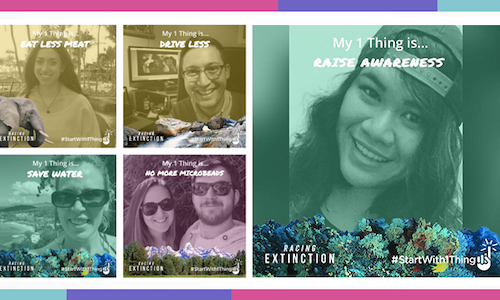 When taking on a huge topic like climate change, things can rapidly feel overwhelming. It's such a large problem that people can't even comprehend where to begin. However, if everyone is able to do something – even if it is only 1 thing – it can lead to a massive, collective change. As part of the campaign around the film, Racing Extinction, this idea was crystalized in the hashtag #StartWith1Thing.

Every person is going to have a different "1 thing". For some it could be going completely vegan, or purchasing an electric car. Others might start with cutting meat out of their diet 1 day a week, or changing their bulbs to LEDs. Each person is different, and should pick the 1 thing that they can do, and stick to doing, in order to make a difference.

It's only half the equation for people to pick their 1 thing. They should also be able to tell everyone around them what their 1 thing is, and that it really can be that simple to make a difference in the world.

With all of the above in mind, our solution focused on creating something which offered a very personal experience so that people could tell their own story, and yet offered a seamless UI execution that drove engagement and social sharing.

Discovery and Vulcan Productions utilized Telecope's social photo experience uPic, allowing users to take part in a number of steps to create a unique and visual pledge. We wanted to ensure that each step could be personalized along the way and reflect the campaign message - it doesn't matter what it is but just #StartWith1Thing. Users were able to upload an image from their devices or Facebook, choose a custom photo filter and enter their pledge in one fluid journey.

The #StartWith1Thing campaign aimed to drive wider awareness online and across social and did just that as people shared their personal missions.

The campaign catapulted social conversations, as users took the pledge to make a difference in their daily lives. So far, there have been approximately 6,500 pledges made and over 2,000 Facebook shares. This campaign is a great example of using the power of digital and user generated content to deliver social good. 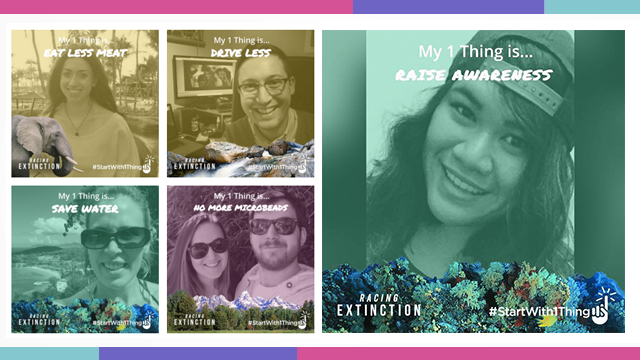 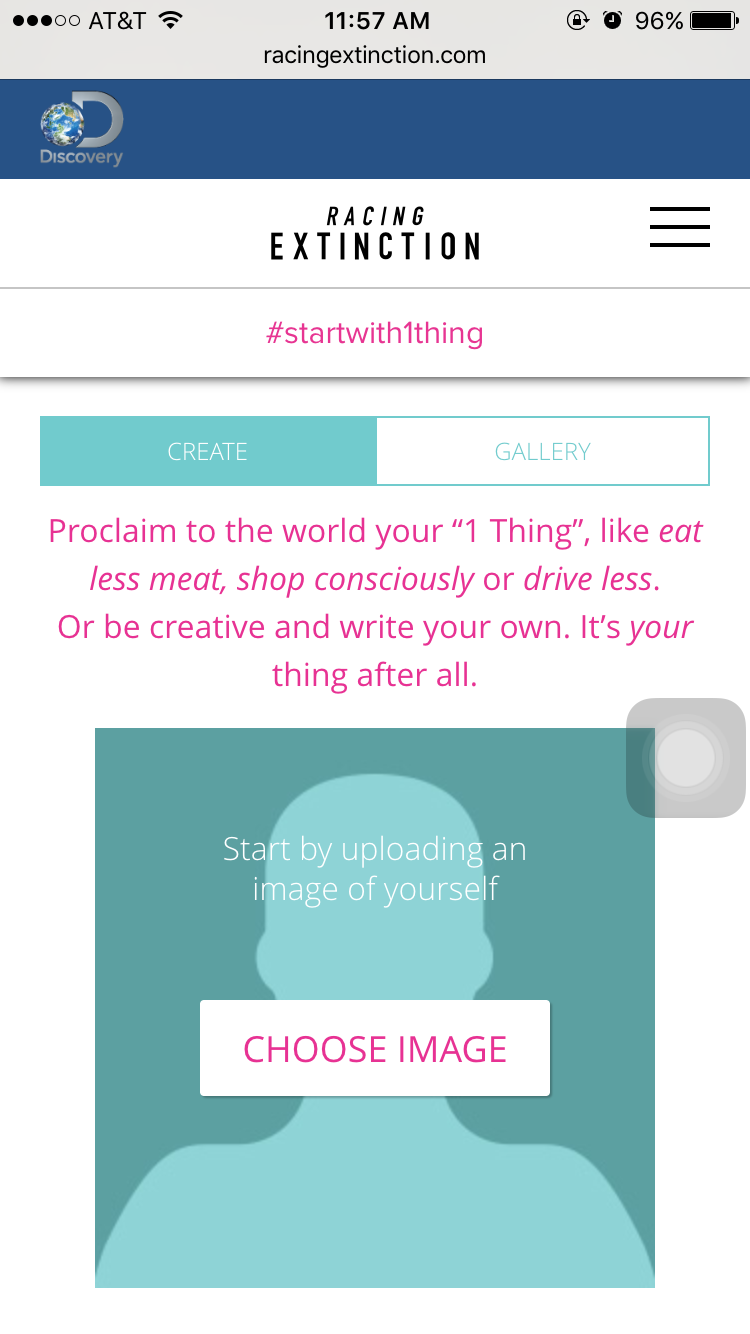 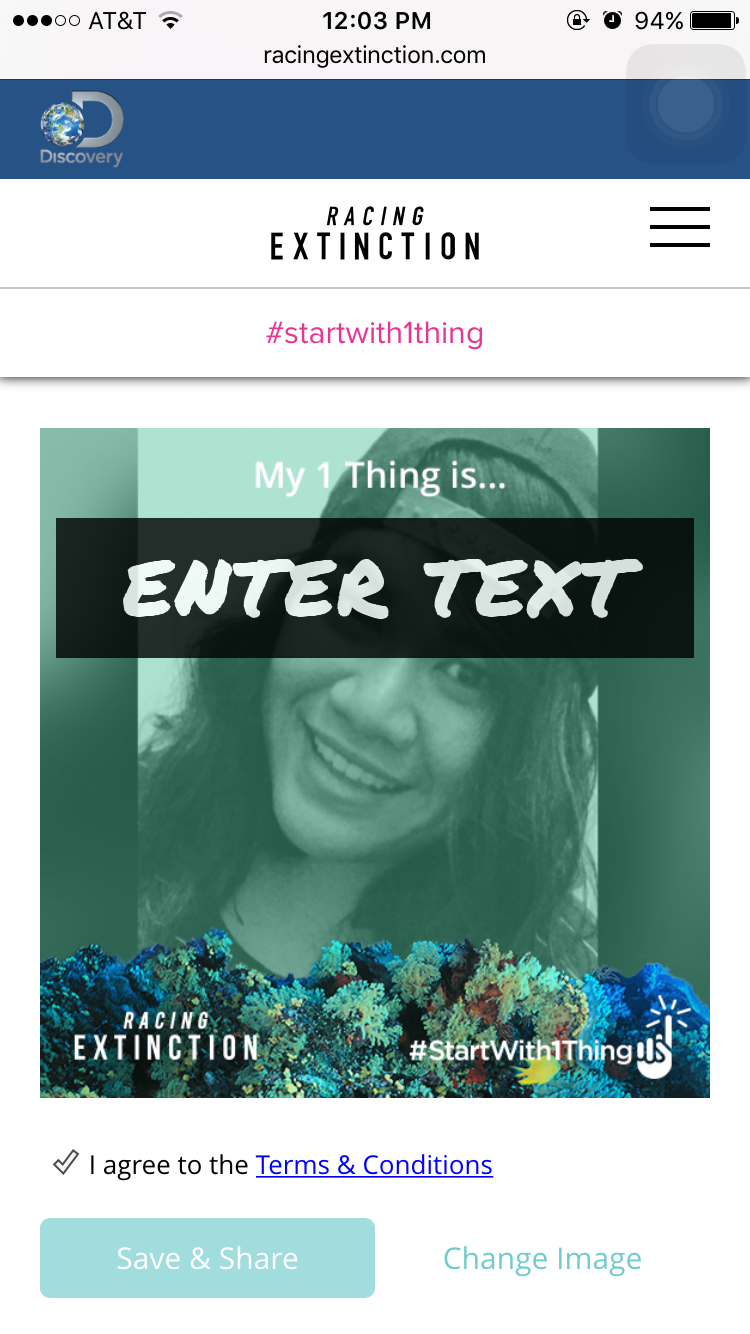 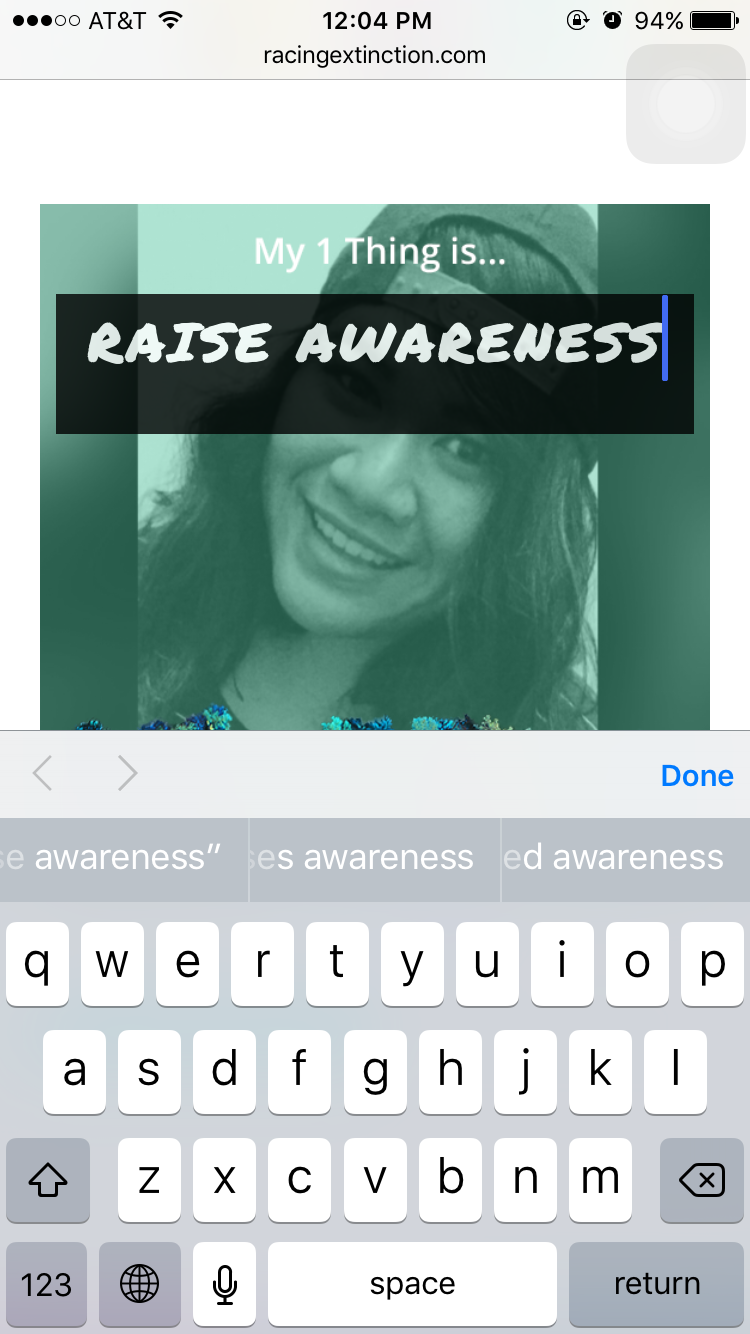 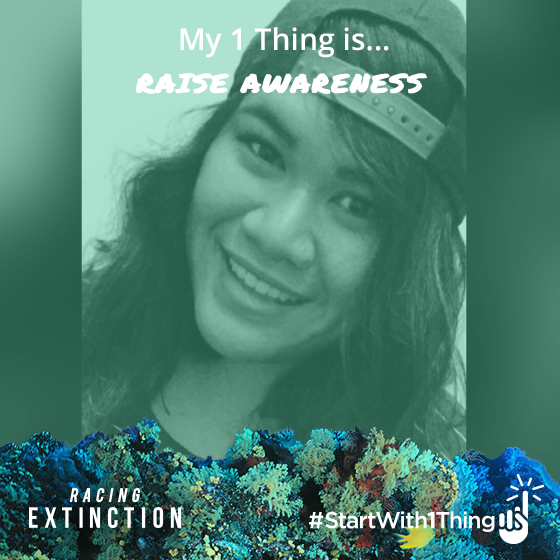