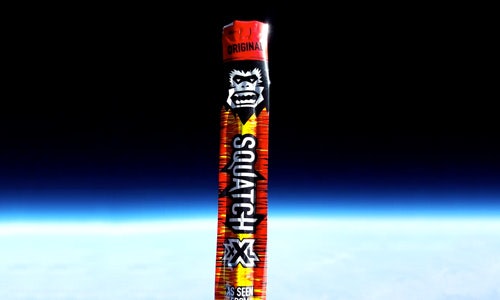 The brand's audience, teen boys age 13-18, are still discovering who they are and on the hunt for new experiences. They are active on social media and looking for content that enables their curiosity. With this in mind, SQUATCH™, Jack Link's® edgy meat stick line, built an exploratory digital campaign to feed their curiosity and reach them on the social channels they prefer. Leveraging the tagline "Feed the Beast" as a starting point ("beast" as a stand-in for something that's totally frickin' sweet), the brand wanted to explore what is beast and bring followers with them on the journey.

The brand's objective was to create a following with teens that aligned "Beast" and SQUATCH with experiences that were sought after, attract new followers, increase fandom and gain attention for the brand. Finally, they wanted to try something new and cool and learn from it.

To create a following for SQUATCH, the brand needed to deliver unique, one-of-a-kind content to motivate users to follow and engage with it. Drawing on the exploratory concept of "What is beast" the the brand created the most extreme, unique experience to support the campaign and landed on a new frontier: the first Snap from space.

TECHNOLOGY: The first Snapchat from space required unique technology. To reach 120,000 feet (over 22 miles) in altitude, the apparatus would face temperatures as low as -70 F. The payload had a legal maximum weight of 7lbs, so it was optimized for power, weight and heat. The agency created a custom insulation housing, autonomous code to drive the Snapchat app, batteries for both power and heat, and a combination of GPS and APRS tracking (APRS uses the Ham Radio network to provide GPS location when traditional GPS systems don't work).

SOCIAL MEDIA: Jack Links' social channels announced the first "Snapchat from Space — Is Space Beast?" content, driving traffic to the channel. The ephemeral nature of Snapchat created urgency to find and follow SquatchSticks and watch within 24 hours before the Snap disappears.

PUBLIC RELATIONS: The agency arranged an exclusive story to publish in real-time with an outlet our audience and social media influencers read: Mashable. It also worked with Adweek on a story that raised the visibility of the brand's marketing program.

As a direct result of the first-ever snap from space, SQUATCH's Snapchat saw a 52% increase in followers and the snap itself received 22K views and beast-y comments from viewers. Overall, the broader "Is This Beast" campaign increased brand lift by 18%.

In addition, the brand and snap received coverage in Tier 1 media outlets, highlighting the industry-first use of Snapchat. Mashable wrote: "It's the first time a brand has combined cosmic travel and Snapchat, arguably two of the biggest trends in pop culture at the moment."

Video for Is Space Beast? 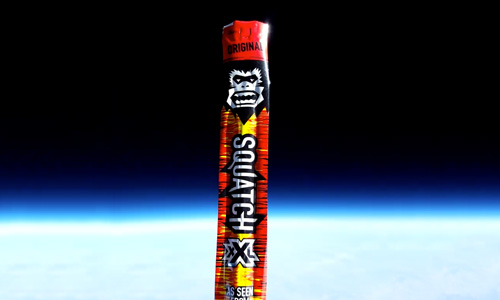 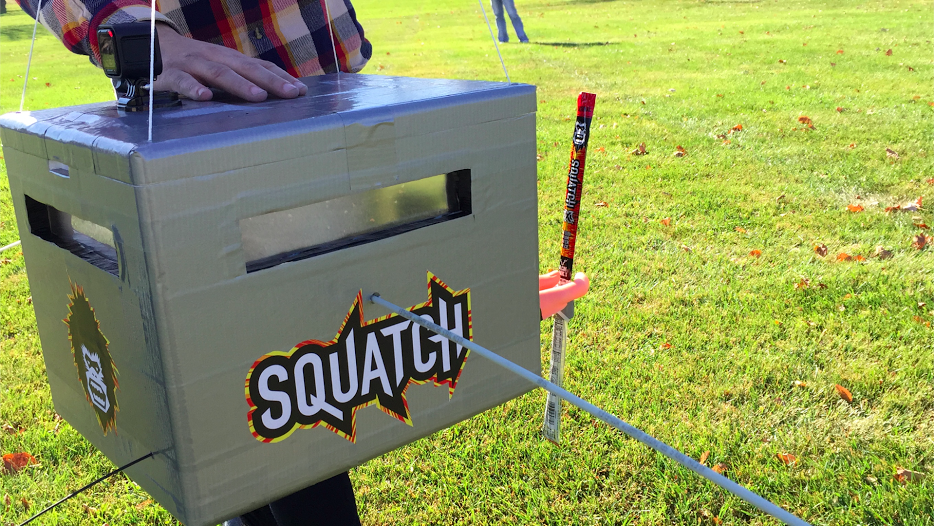 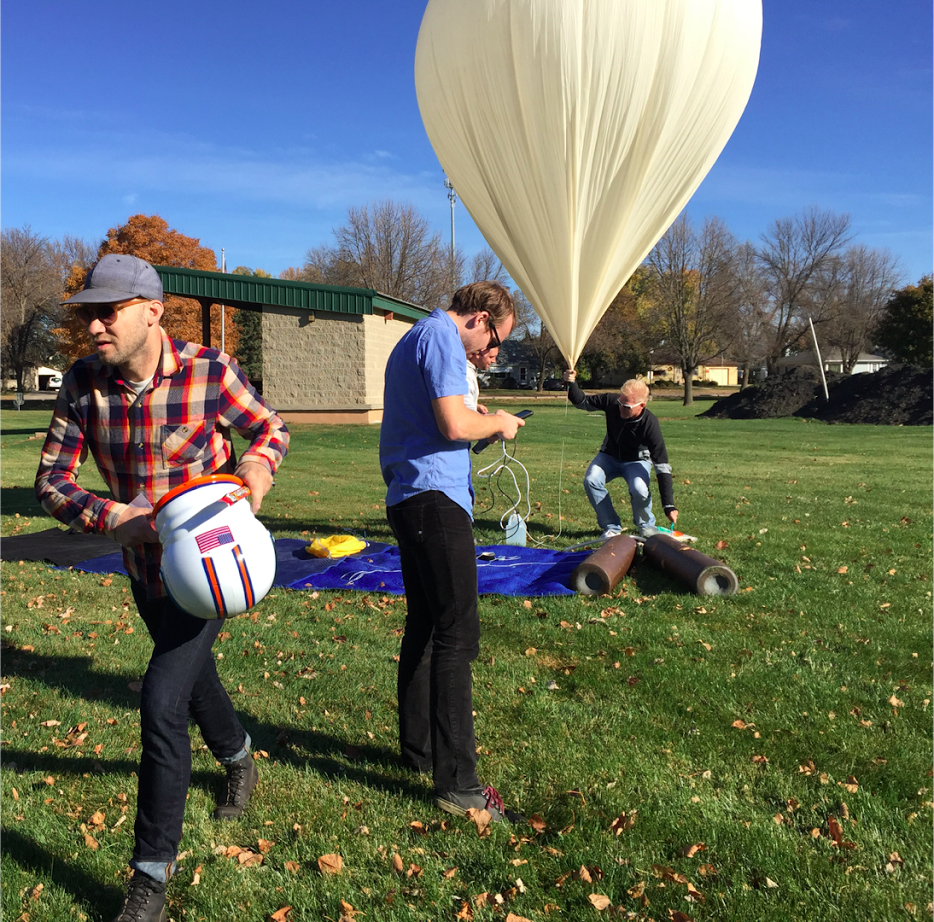 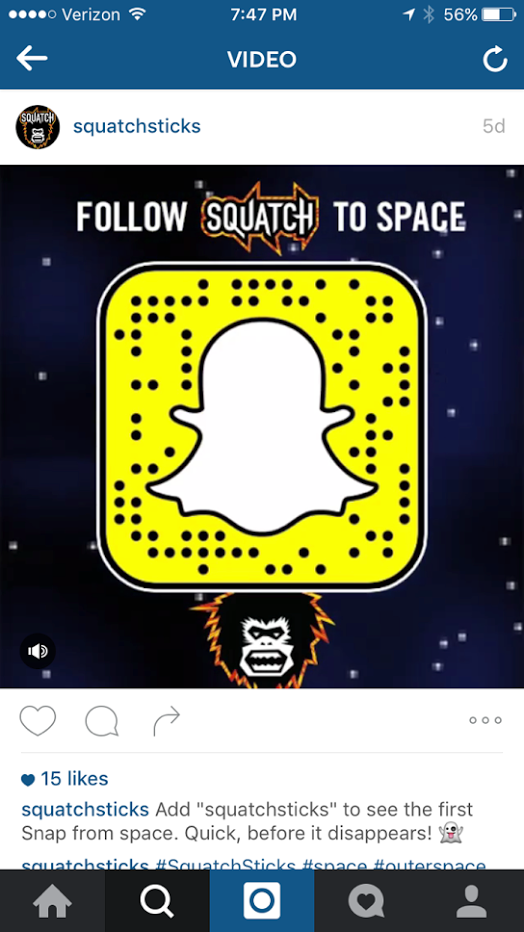 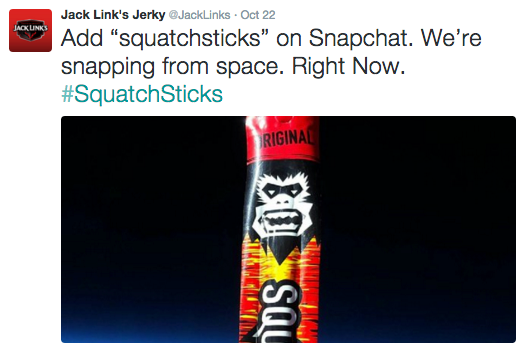 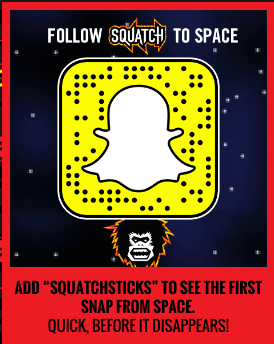 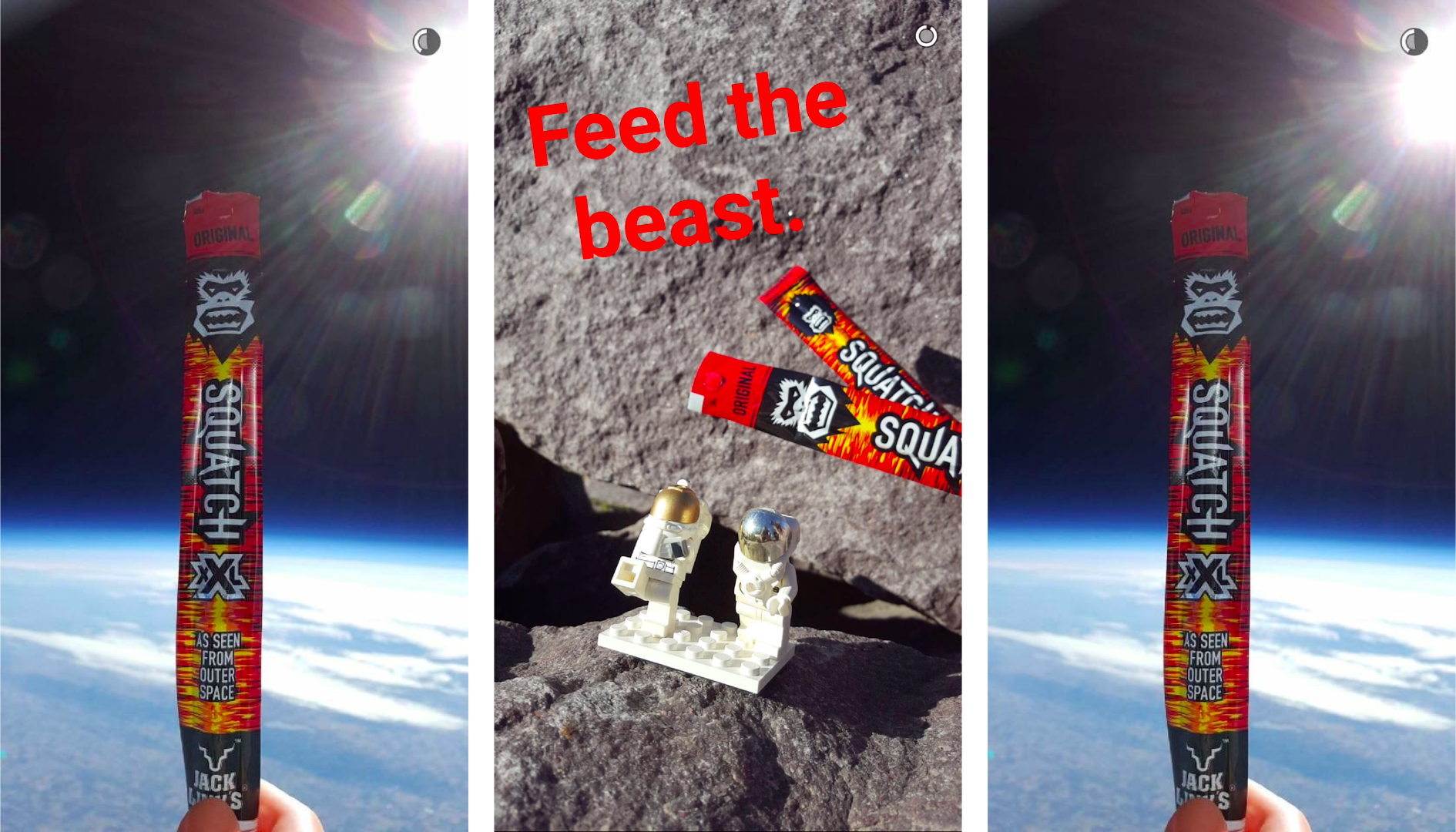