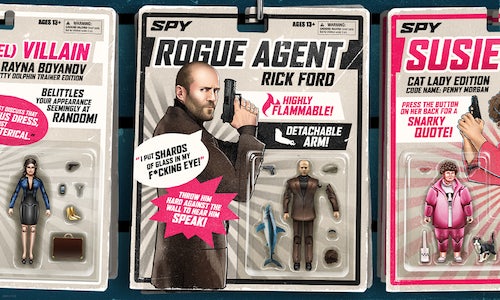 Introduce the cast of Spy in a way that spoofs action films.

Dossiers have been done to death. But who wouldn't want to see characters like Susan Cooper as an action figure? Complete with judo nut-kick action, interchangeable accessories, and a sassy quote.

This character theme made each Spy an action figure and highlighted their funniest abilities. Then presented them in faux packaging to preserve retail value.

The 5 cards had almost 2 million views, reached 4.2 million fans and had 8 thousand engagements. They were such a hit they resulted in their actual creation as giveaway toys. 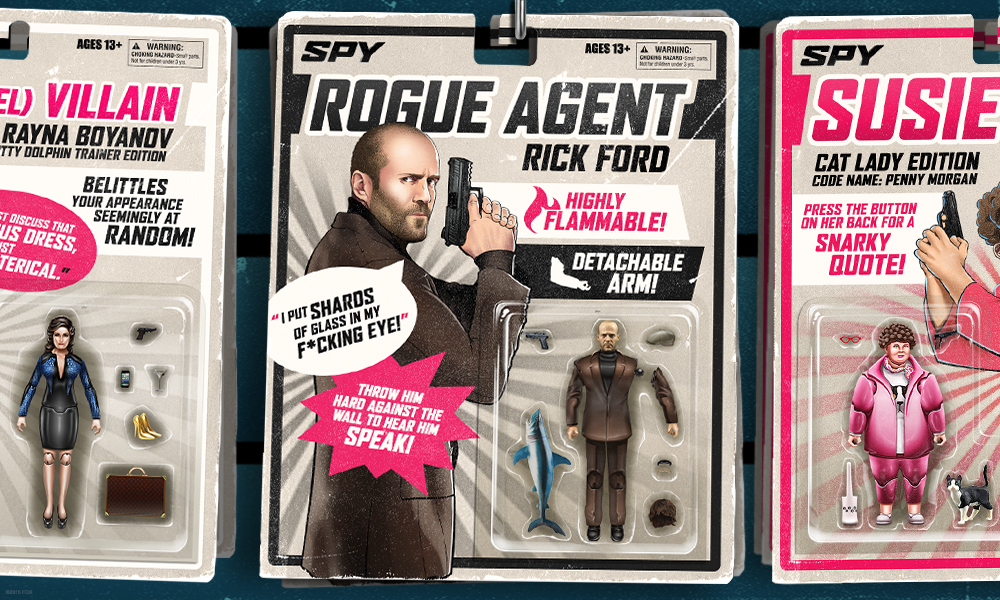 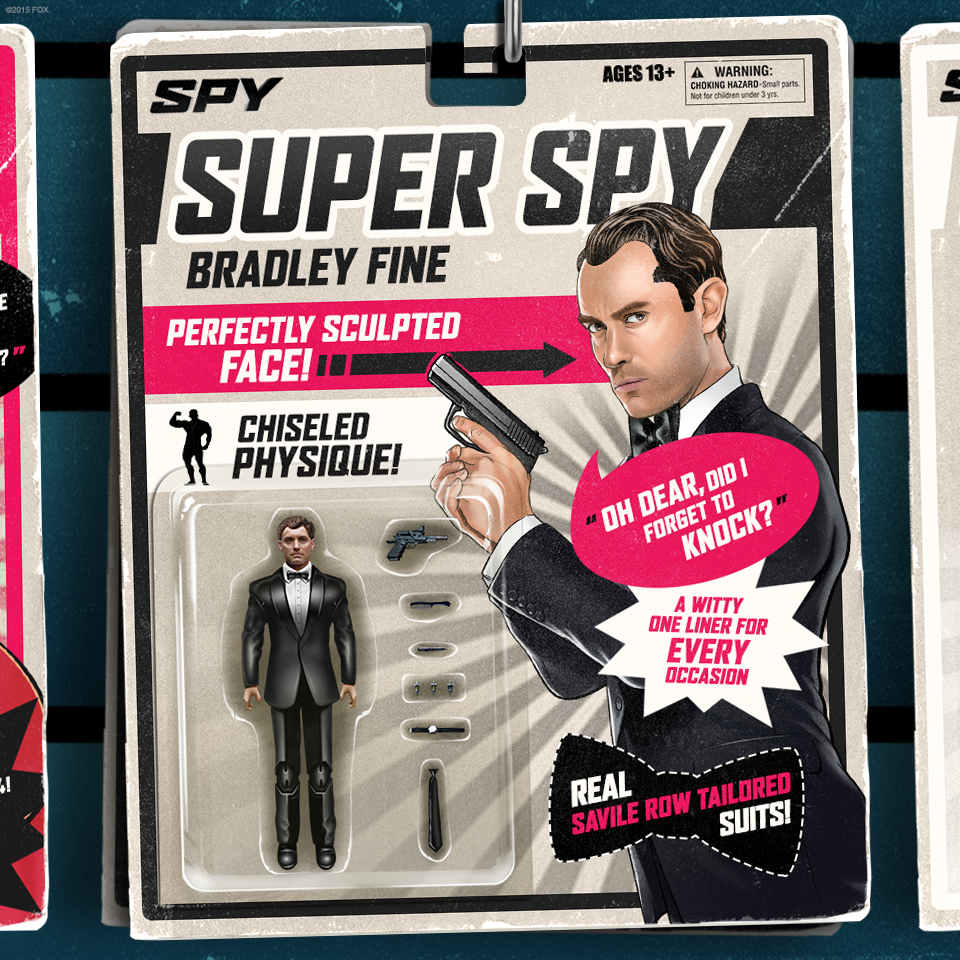 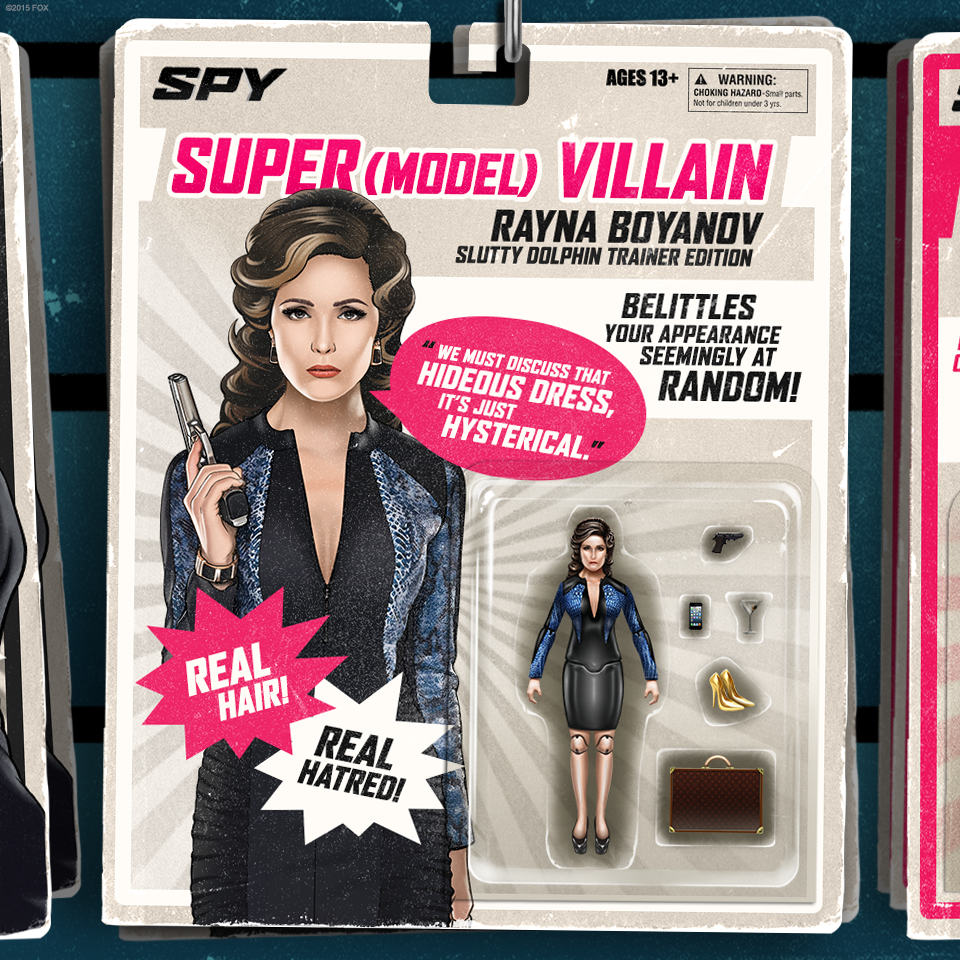 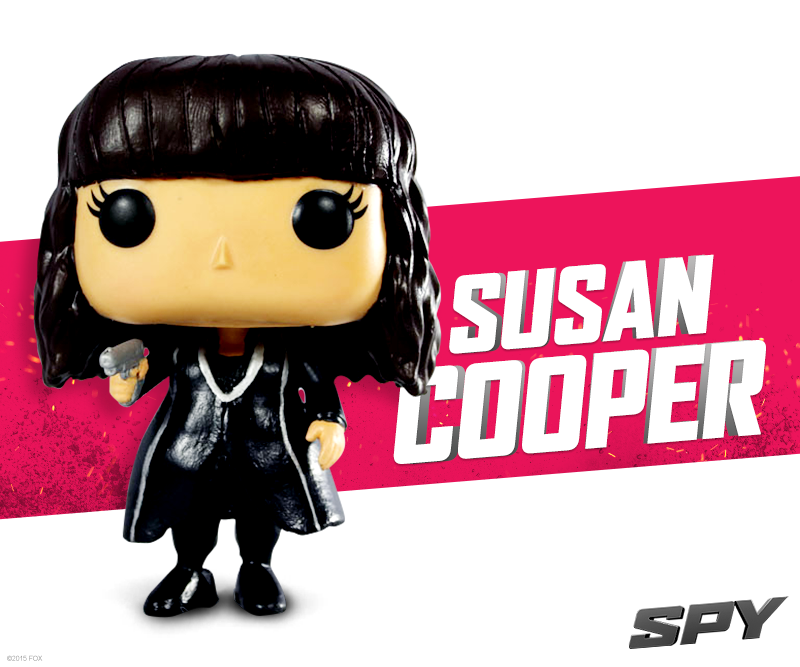 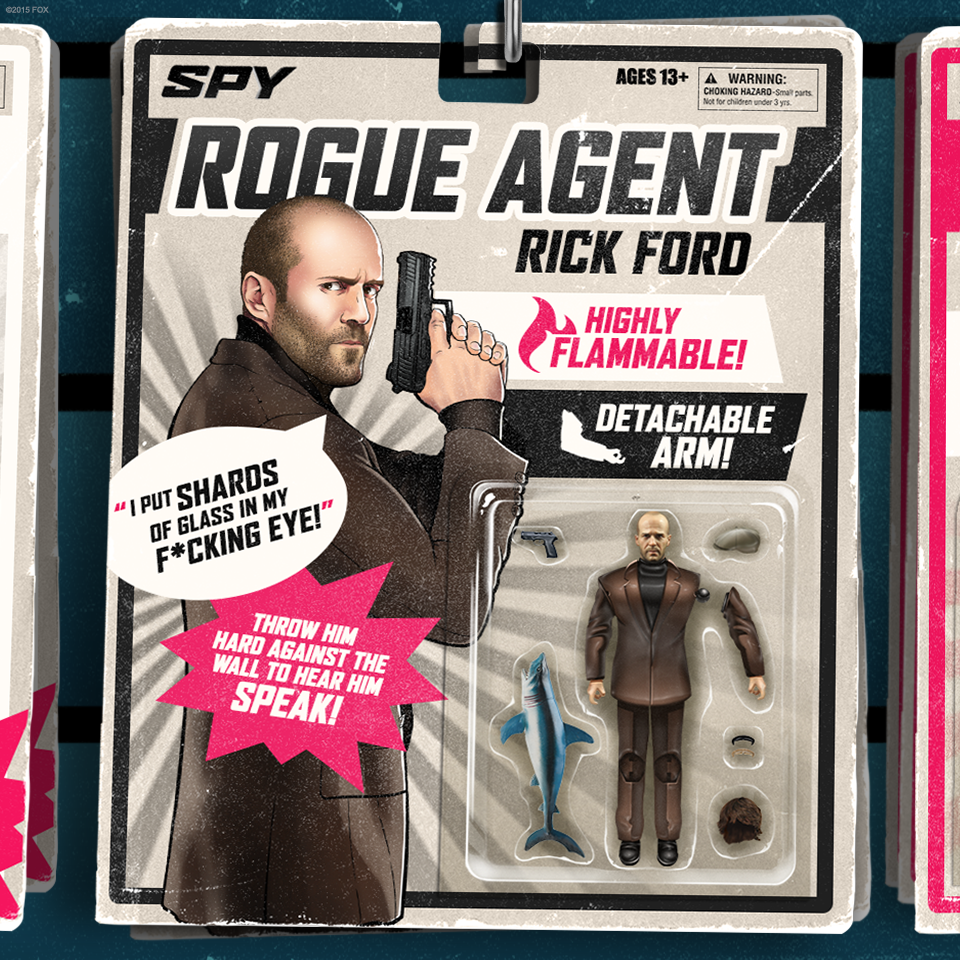