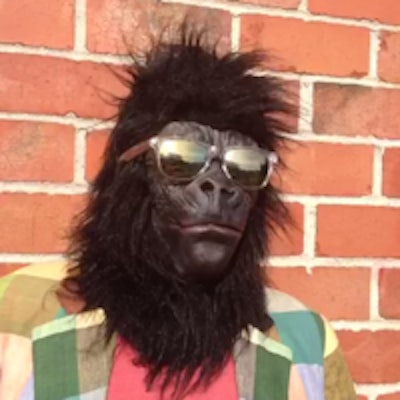 The Vine work of Simply Sylvio, who says he’s “just an ordinary gorilla trying to live a simple life," is anything but simple. With no speaking lines and only actions to convey the story or his emotions—difficult, as Sylvio, aka Albert Birney, is in a gorilla costume—he has been called “Vine’s first avant-garde gorilla" by Mashable. In 2015, Albert decided to take Sylvio’s story to the big screen and, using the resources of his Vine network, raised more than $50k with a Kickstarter campaign for a feature film. Sylvio The Movie was pitched as “Wayne’s World… but with a gorilla."