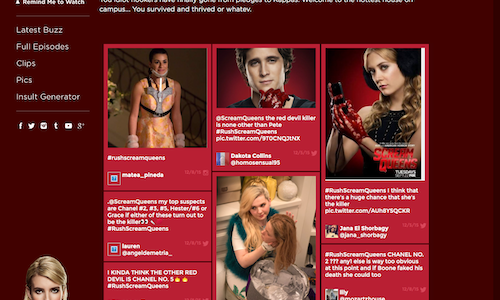 In a television landscape filled with more options than ever before, we aimed to make Scream Queens more than a billboard or teaser trailer…We created a community. We gave our loyal fans the custom assets in the social and digital space to transform them from casual viewers into our most vocal brand ambassadors.

The first week's execution created so much fanfare, we continued it throughout the season with a weekly challenge being issued to the sorority 'pledges' each Tuesday including: bubblegum selfies, Chanel Halloween costumes, Dubsmashes of their favorite Scream Queens one-liners and posting fan theories on who was responsible for the Scream Queens terror. Leading into premiere day, every fan that tweeted with #RushScreamQueens received a custom "KKT" portrait with a scream-worthy twist. Each fan's efforts were featured on .com with additional fun Scream Queens prizes being sent along each week. We made a point of engaging with all participating fans and focusing on including every participant as not just a fan – but part of the "Kappa" sisterhood.

As a result of our comprehensive fan engagement strategy, Scream Queens became the season's #1 new comedy among adults 18-34, the #1 series among time-shifted viewers on VOD and had numerous wins in The social media space:

#RushScreamQueens accumulated 807,000+ entries during the season-long campaign and continues to be used by fans contributing Scream Queens content, three months after the season's end. 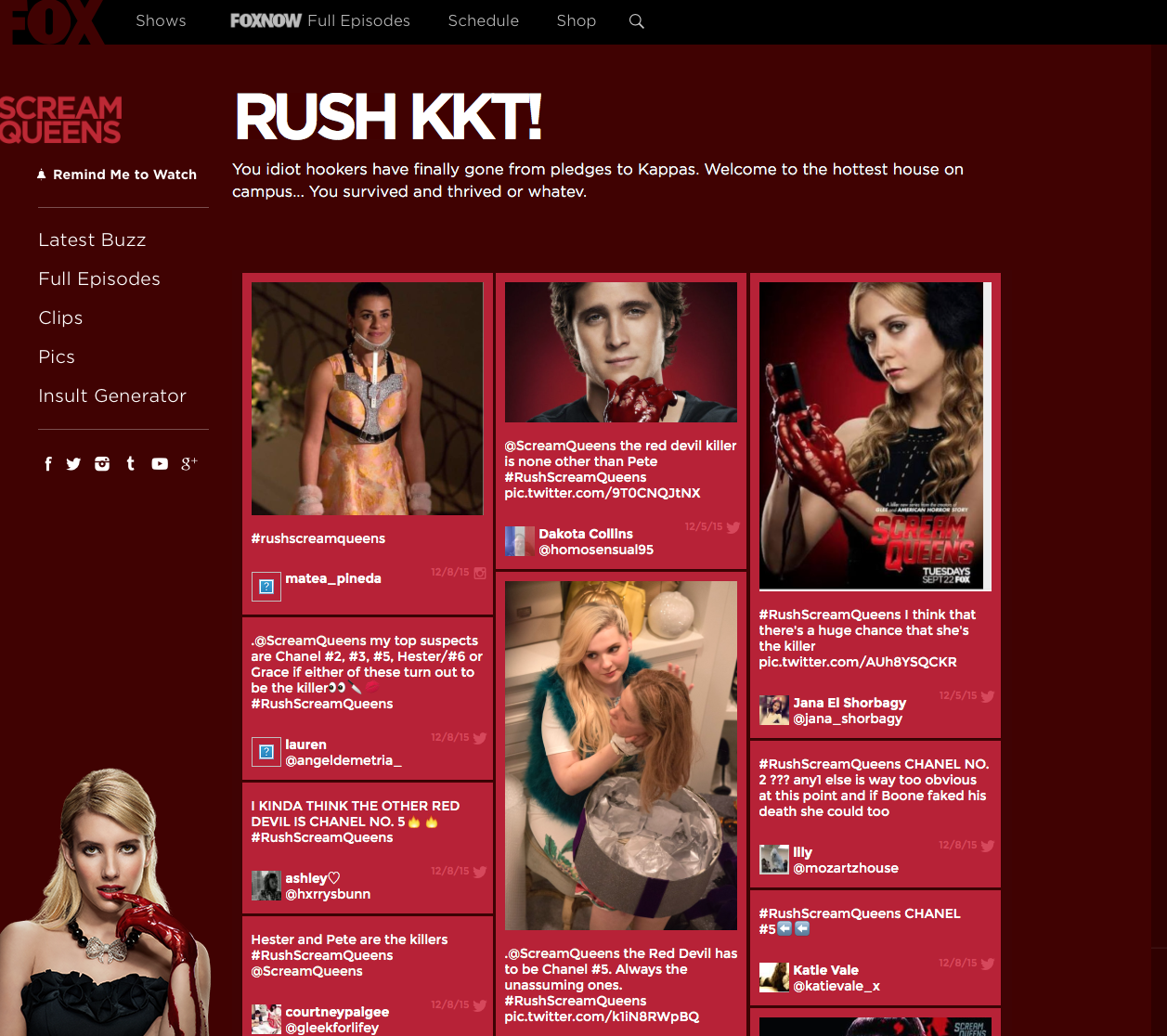 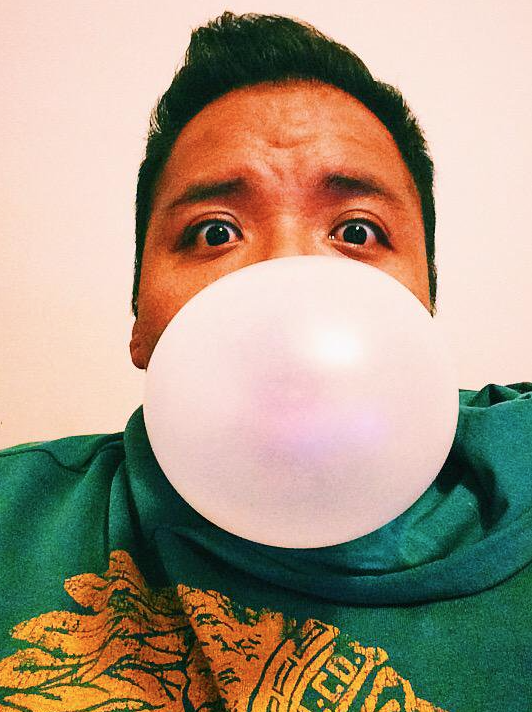 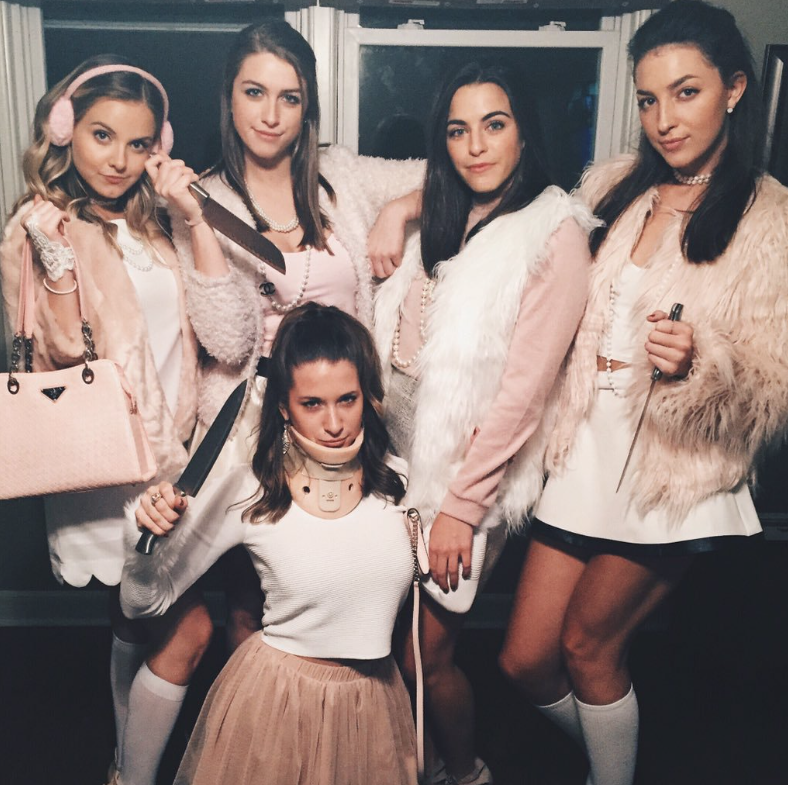 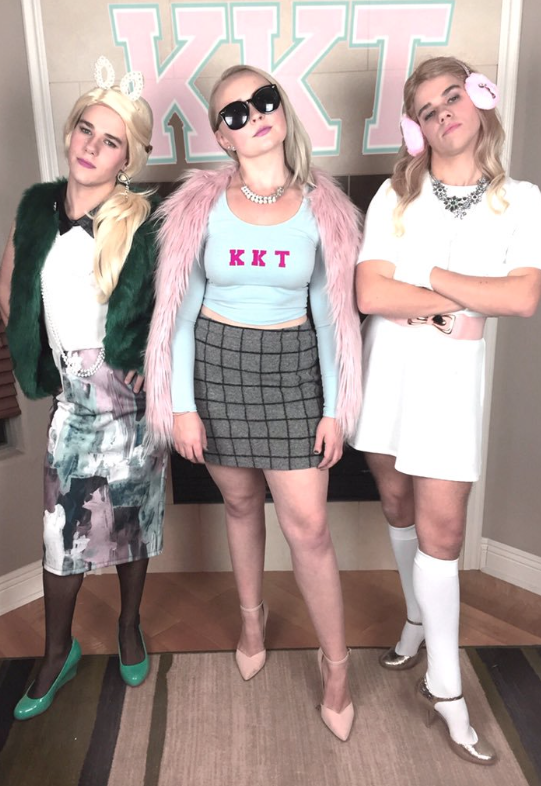 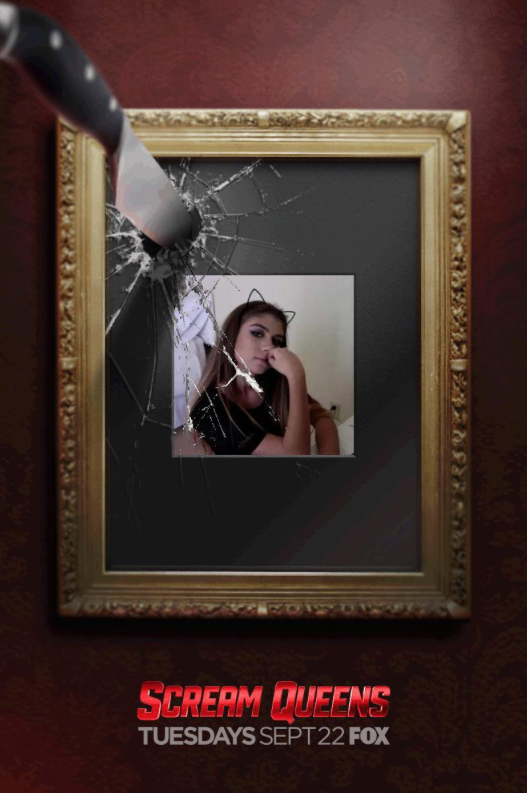