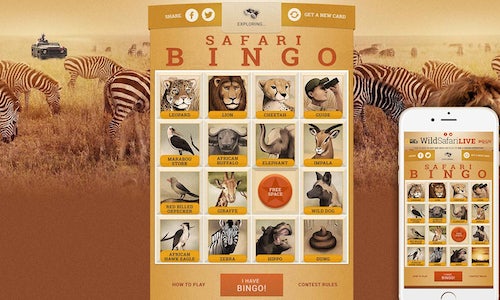 Each year, Nat Geo Wild raises awareness for big cats in the wild during a flagship week of programming known as Big Cat Week. As part of Big Cat Week, we aired guided, live safaris from Sabi Sand Game Reserve in South Africa straight to viewers' living rooms across the United States -- allowing them to go on the safari they always dreamed of, without even leaving their couch.

We knew viewers would be immersed visually, but wanted to take the experience to the next level on social and digital media to create a truly immersive TV experience. During past live safaris streamed onto our website, we noticed web viewers regularly tweeted screenshots of exciting moments from safari to share with others. The natural extension of this was to game-ify the live, on-air viewing experience in a way that led viewers to tune in, spend time on the website and spread the word on social media - not only for fun, but for the chance to win an actual National Geographic safari IRL. We also aimed to keep engagement and tune-in high across all three nights in spite of its post-primetime slot of 11pm EST.

By working closely with the WildEarth production team to identify the animals and tropes most commonly seen on safari, we created a bingo board of safari tiles featuring the key players in the hour of nightly safaris. We tied the digital, social and on-air experience together through the safari guides, who prompted viewers when certain tiles became active and reminded them to play along; with on-air promotional spots and lower thirds; and by using social media to spread the word.

The Safari Live Bingo game lived online, where it was optimized for desktop and mobile play. Stacks of virtual tiles could be dragged and dropped onto "active" bingo squares when a tile became activated by producers who green-lit each sighting the as safari progressed, with a time limit for "claiming" each new sighting.

Once a bingo board was completed, fans could tweet to unlock the chance to score 1-5 additional entries into the sweepstakes pool. After three nights of one-hour broadcasts, we chose one winner to experience a live safari through the National Geographic Expeditions team.

Not only could viewers play along, but the social-media savvy could also tweet their questions at the guides using the #SafariLive hashtag for the chance to have their question answered live on our air.

Though the broadcast fell outside of primetime viewing, the Safari Live: Bingo game was played over 10K times over three nights, with viewers spending an average of 22 minutes on the game - more than 6 times the length of our average web sessions. The site garnered more than 20K page views, ranking in the top 10 best performing single pages of the week on the site.

On social media, thousands tweeted the night of the premiere and throughout the weekend, receiving the most Twitter buzz of the year for the network. Safari Live also doubled the number of tweets of our most socially-buzzed about 1-hour show to date, despite the late hour of the broadcast - all the while raising awareness for and celebrating the majestic creatures we know as big cats. 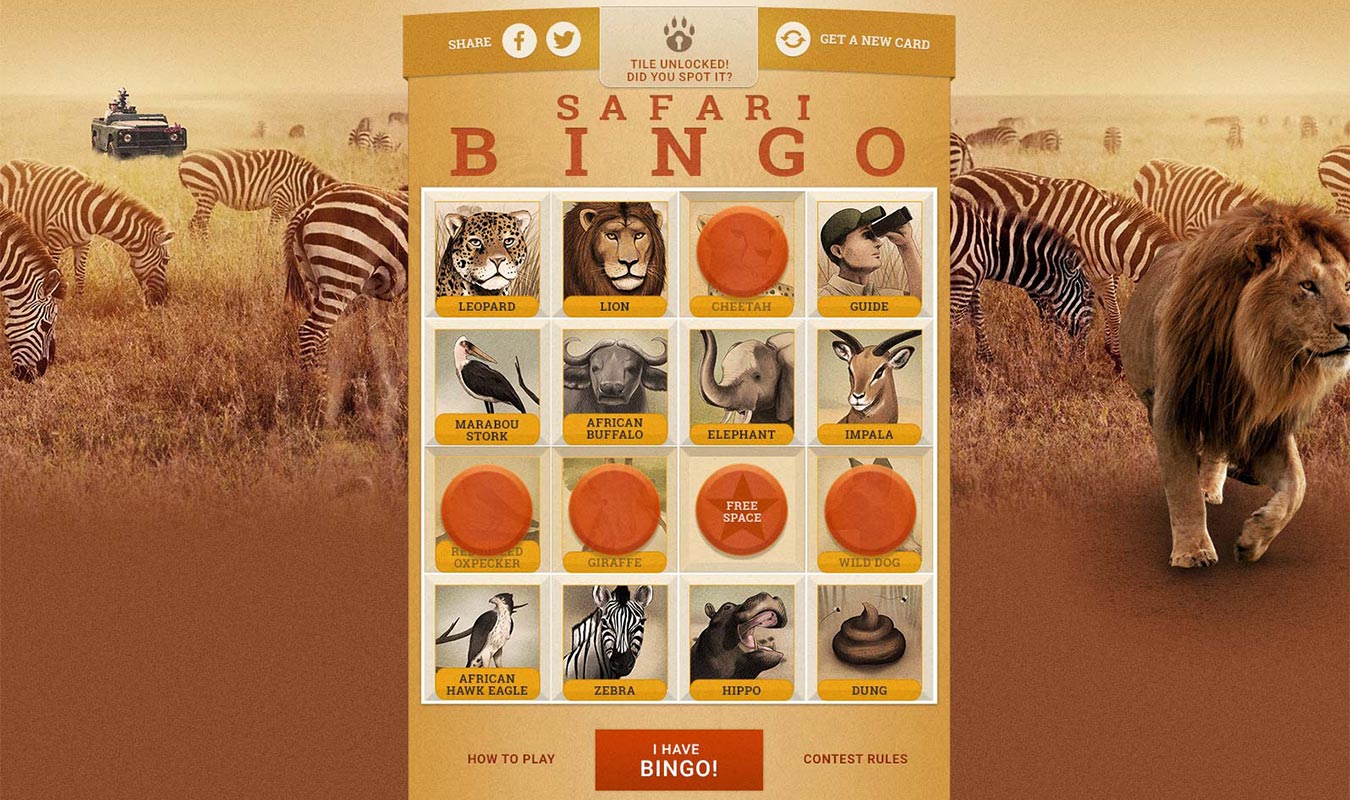 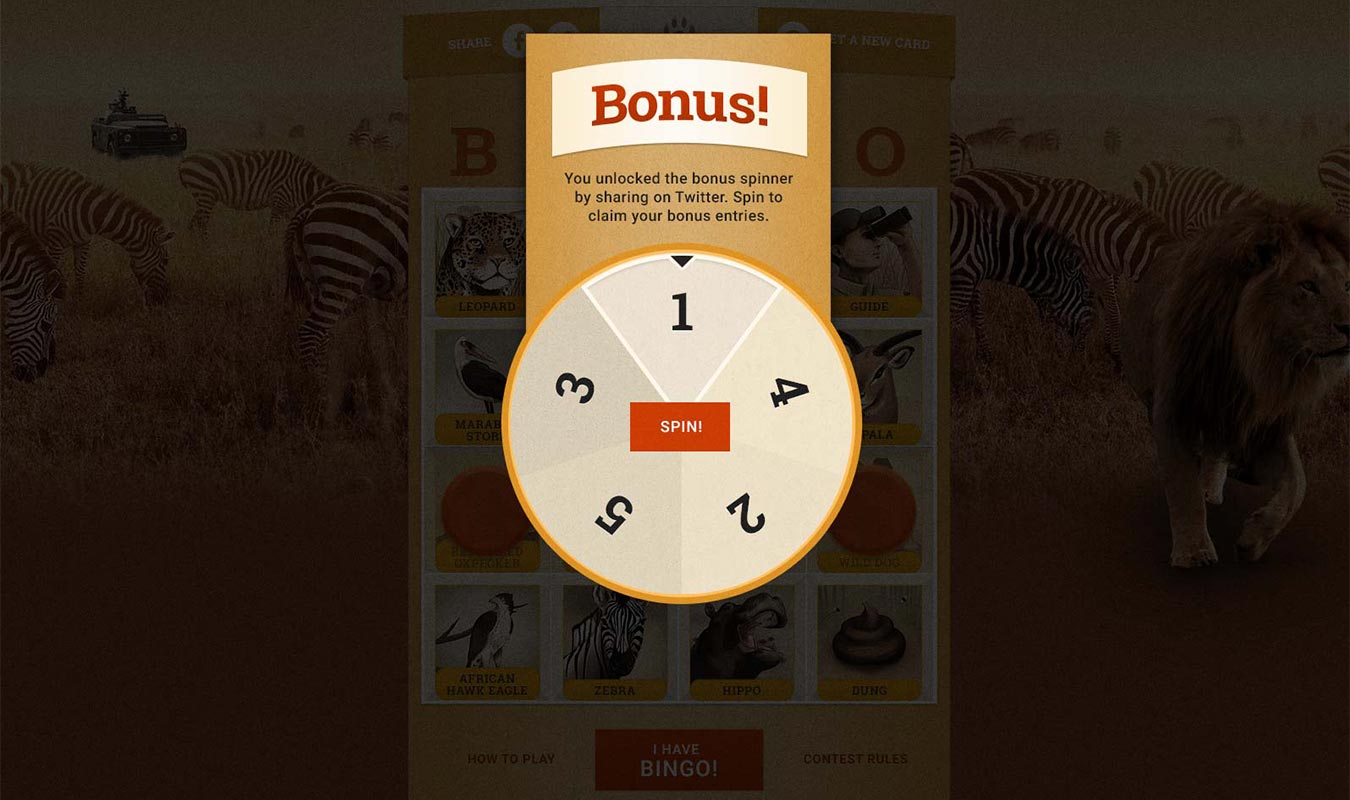 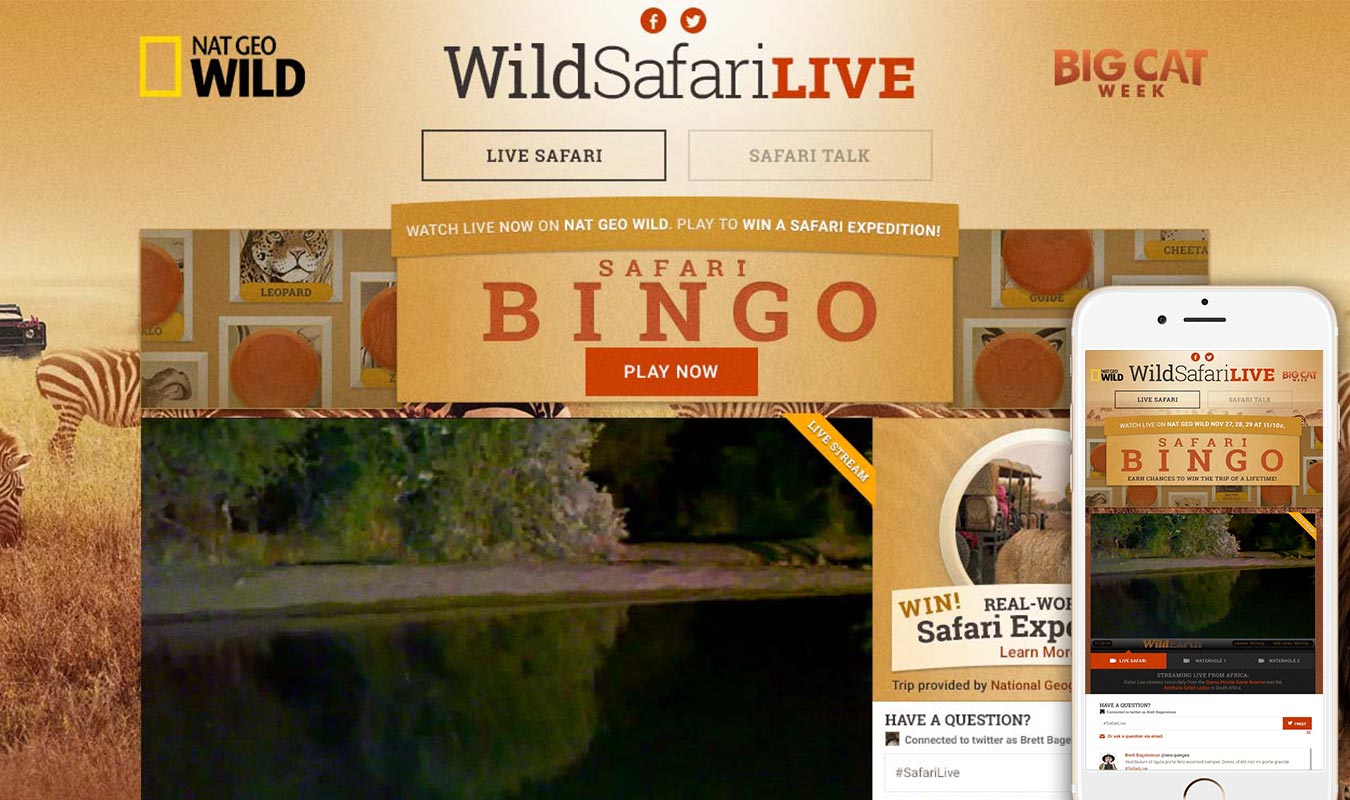 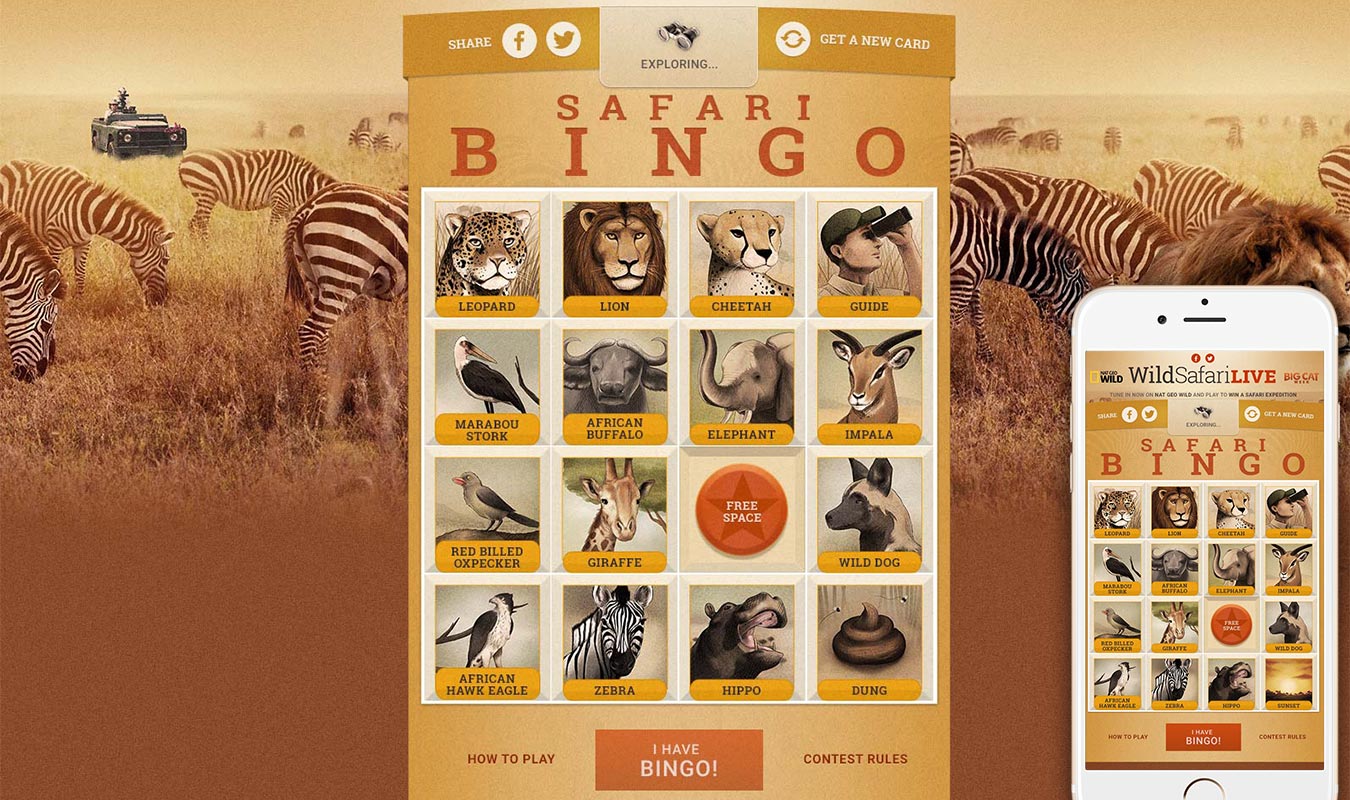