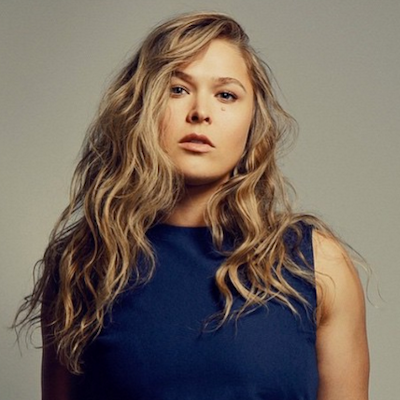 Ronda Rousey is the first UFC/Strikeforce Women’s Bantamweight Champion and World/Olympic medalist, practicing mixed martial art and judoka. She is the #1 pound-for-pound female MMA fighter in the world, and even got the cover of Men’s Health magazine this year. She started the hashtag #RouseyRevolution, tweeting, “Join me in recognizing the unlimited potential of women and their stories with the goal of inspiring and empowering all ages." In 2015, her UFC vlog made the phrase “do nothin’ bitch" a viral meme even embraced by Beyoncé at one of her concerts. On Instagram Ronda shows glimpses from gala events and global championship fights.