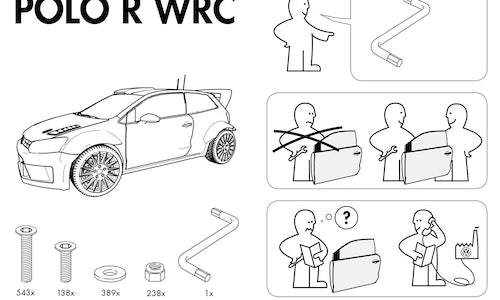 Rally the World - Do it for the Drive

Volkswagen is the leading rally motorsport team, winning all major titles in recent years. However, rally has been the underdog of motorsport –yes, it has its die-hard fans, but it has lacked wider appeal.

We set ourselves the task to change public perception and raise awareness of rally. We set our sights on a wider target audience of young, enthusiastic, car-lovers across the globe. By broadening the appeal of the sport we would recruit new fans to the Volkswagen rally team and thus the brand itself.

In 2013, we teamed up with Volkswagen to devise the RALLY THE WORLD campaign for the motorsport team, setting up Facebook, Twitter, Vine, YouTube and Instagram channels. Now, our task was to populate these channels with content tailored for each platform. To entertain and fundamentally grow the fanbase of each social platform whilst aligning with the global Volkswagen brand.

In 2015, we devised the global storytelling campaign, DO IT FOR THE DRIVE across the RALLY THE WORLD digital platforms. The campaign focused on communicating the passion for driving in a way that entertained both rally enthusiasts and ordinary, young, car lovers.

We united both groups of people through the use of humor, populating RALLY THE WORLD's five key social channels with many bite-size videos. We covered 13 rallies, across 4 continents, using each one as spring-board to tell short stories that would cause people raise a smile.

The videos acted as an alternative behind-the-scenes for the Volkswagen motorsport team. Creating different scenarios inspired the country, history and challenges of each rally. During Rally Sweden we took the universal frustration of IKEA's self-assembly furniture into the Volkswagen garage. Creating a sketch where a mechanic receives the infamous IKEA manual to assemble the Polo WRC R. We see the thousands parts he must put together, before cutting to the single, tiny Allen-key they've supplied to do the job.

Other times, we brought the individual challenges of each rally into the spotlight. The heavy dust of Rally Italy inspired a short clip that shows the Polo WRC R speeding ahead of its own dust trail - a car so fast that even its own dust needs to play catch up.

We weren't afraid to poke fun at the Volkswagen team either. When the rally travelled from Argentina to Portugal we imagined that driver, Jari-Matti Latvala undertook the 3 week journey in the same shipping container as his beloved Polo WRC R. When the container doors opens up in Portugal, Latavala appears like a bear from hibernation. The usually clean-shaven driver, almost unrecognisable with long beard - the ultimate dedication.

Wherever possible, we used the real mechanics over trained actors, a decision which favoured quick, physical comedy over lengthy dialogue. At Rally France, we filmed a mechanic trying to feed the rally driver through the tiny windows of the Polo. When various foods fail to fit he has a brainwave. Returning with a meter-long, filled, French baguette. Bon Appetite! A sketch which worked without a single word of speech.

Onsite phone footage enabled us to create live footage with twist of humor. At Rally Finland, we used their most famous export- an old-school Nokia phone. We see a fan playing the nostalgic game of 'Snake'. However, the snake is replaced by an 8-bit Polo. As it makes its way around the phone screen it appears to exit the phone. With perfect timing and alignment a real Polo WRC R zooms past, taking on its path and totally surprising fans. Using live footage mean for short windows of time to create, cut and edit together footage while the rally was ongoing.

Our content acted as conversation-starter for us to engage with the RALLY THE WORLD community and became fervent ground to respond -usually with quick quip, as live updates of the rally rolled in.

RALLY THE WORLD has become Volkswagen's most successful content campaign. It created awareness and enthusiasm that went far beyond the die-hard rally fans. Through using humor that could appeal on a global level, we encouraged existing fans to share content with not just the rally community, but with their larger social circles. Enabling the campaign to reach our wider target audience both effectively and organically.

By doing so, DO IT FOR THE DRIVE not only exceeded all Volkswagen's expectations, but also pulverised their objectives too. 365 days of content translated into 365 million page impressions. We inspired millions of people who were not yet part of their fan base. Our content generated an impressive 60 million video views. And we achieved 40% of this reach organically, without the use of paid media.

Often the best success isn't measured by data and metrics but by the real, human responses from fans who we entertained and made laugh. Throughout the 13 rallies of the season we were inundated with messages and comments congratulating Volkswagen on the campaign and asking eagerly about the next videos. Through the 13 rallies of the 2015 season, our films, live onsite footage and real-time comments enabled us to grow fan commitment three-fold across the 2015 the season.

Video for Rally the World - Do it for the Drive 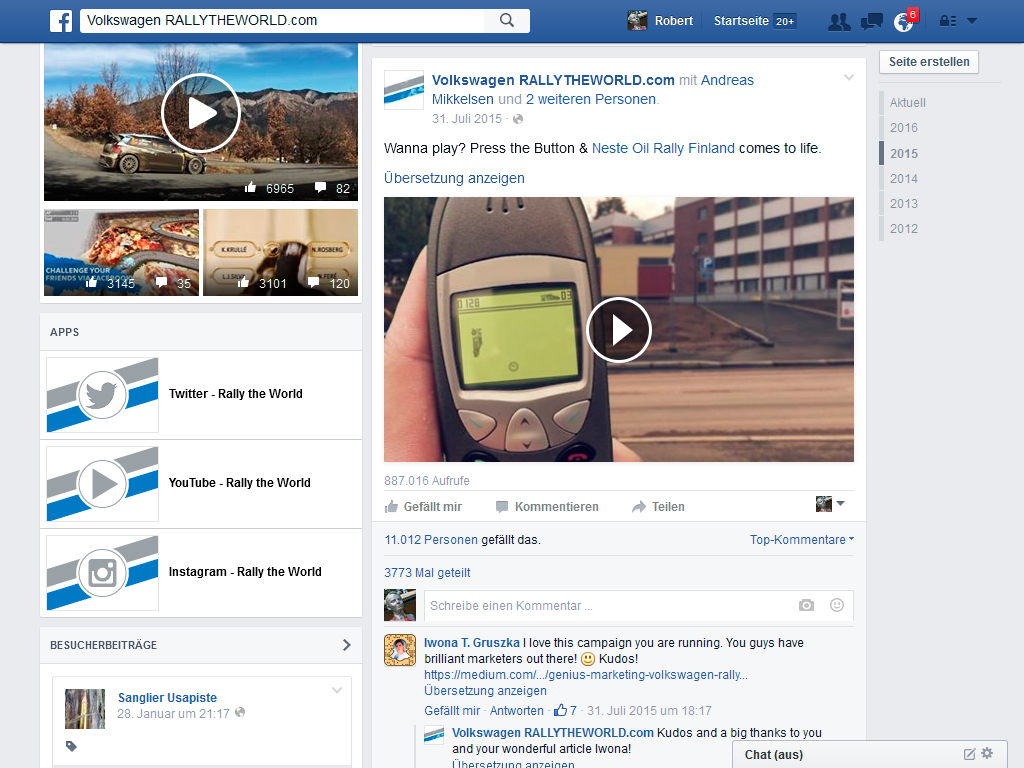 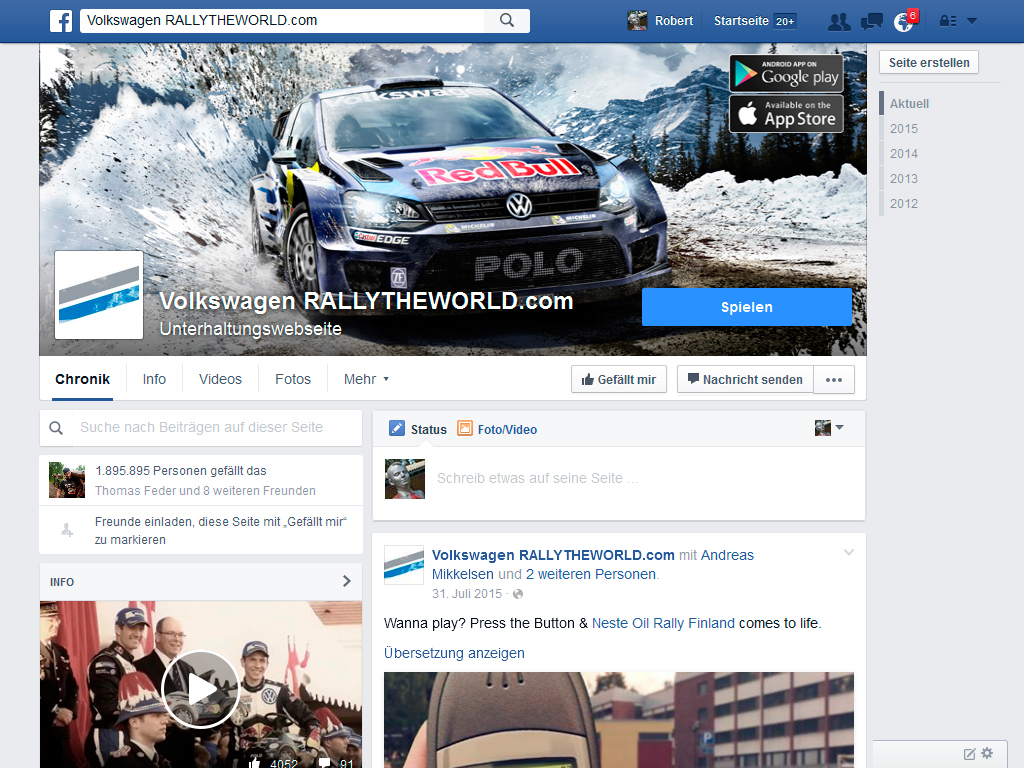 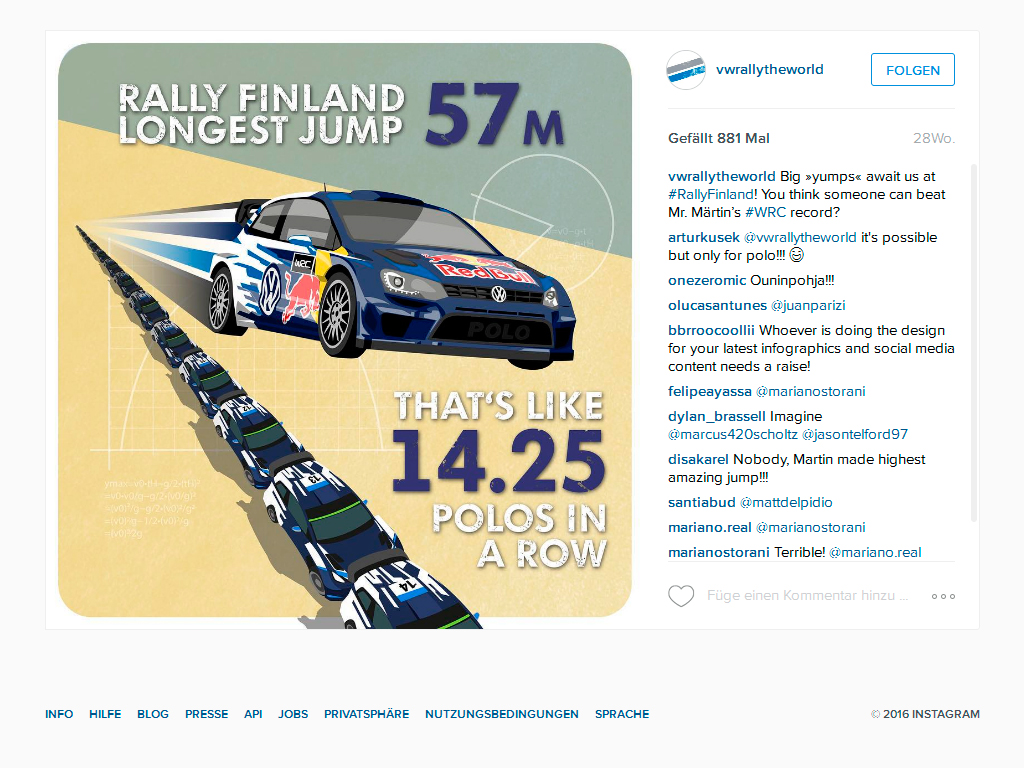 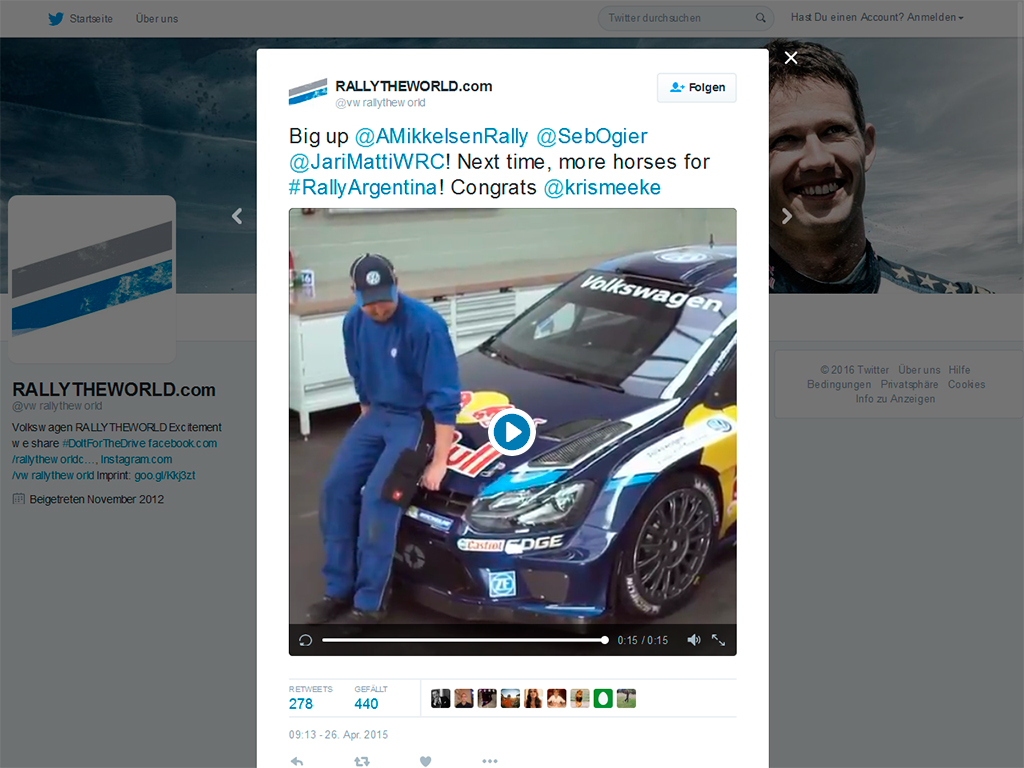 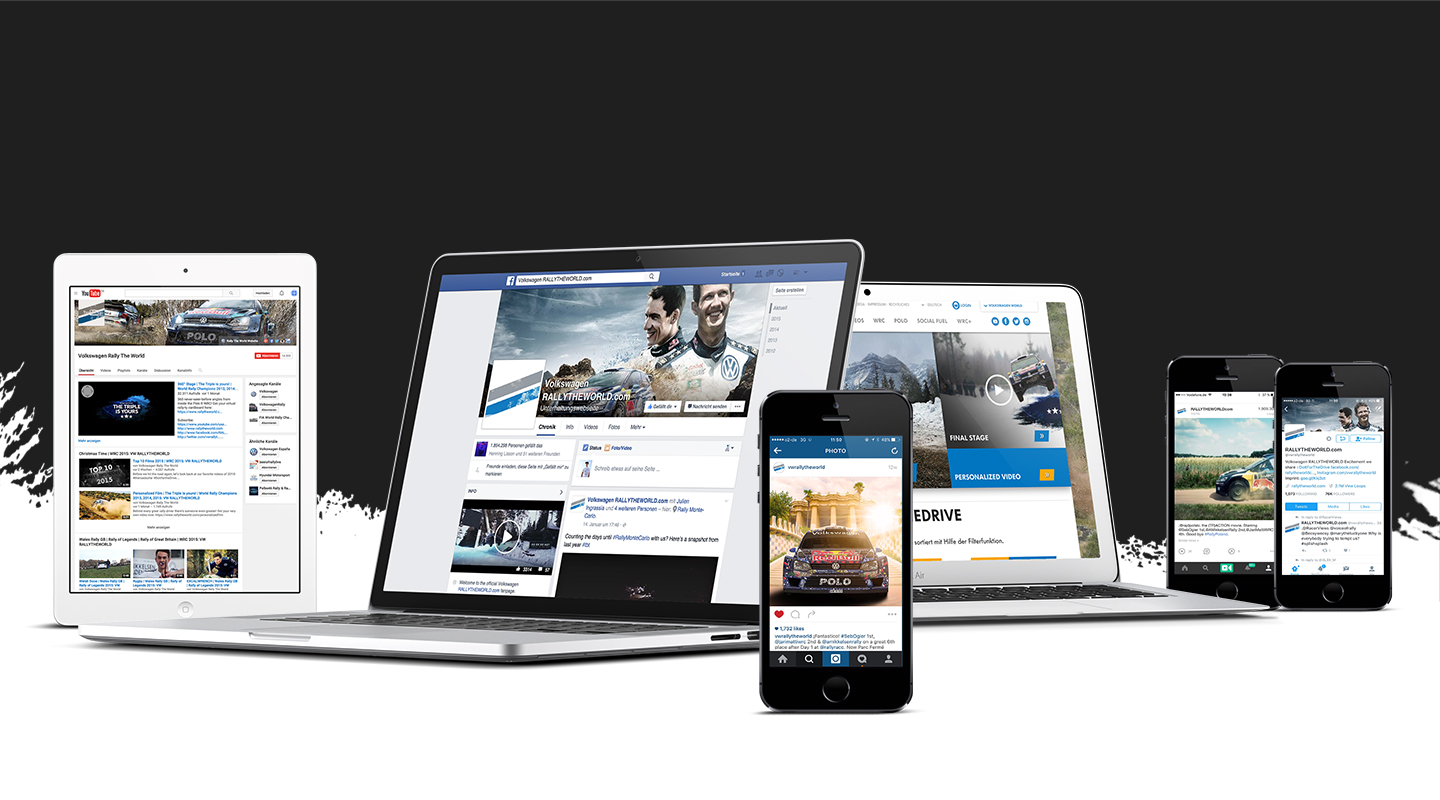 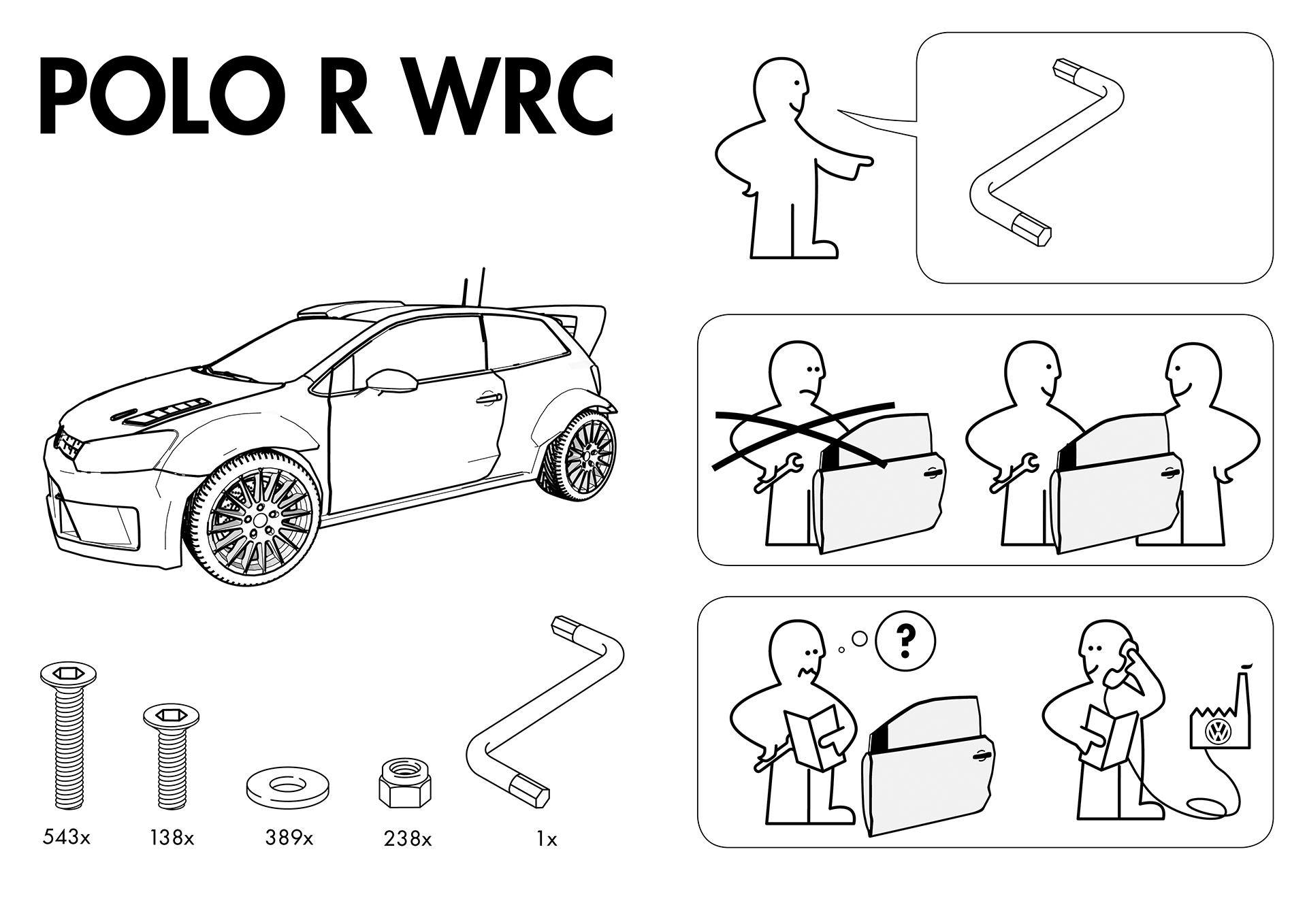