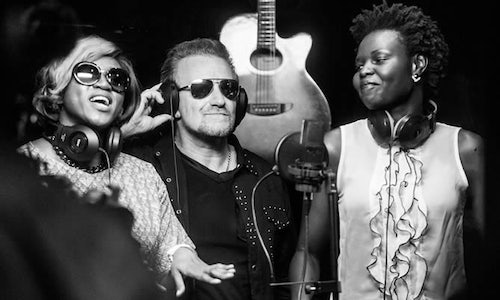 Poverty is fundamentally sexist. It is harder for a girl born in poverty to climb out than it is for a boy, and we need to work together to change that. No matter how you cut it – socially, economically, legally - girls and women are prevented from reaching their full potential, and this holds everybody back.

The fight against extreme poverty is tied to the fight for gender empowerment. In 2015, the world had a golden opportunity to help boost women and girls—and boost the entire world at the same time—as world leaders met for a series of important summits which culminated at the United Nations General Assembly in September 2015 where they endorsed the new Global Goals for Sustainable Development.

ONE kicked off the Poverty is Sexist campaign in March 2015 to highlight how gender inequality and extreme poverty are closely tied—and how smart policies and targeted investments in the health, education and economic empowerment of women and girls can unleash their human, social, political and economic potential.

Our goal was to heighten awareness for these issues; get influencers and celebrities from both the Global North and South to speak out; and motivate people around the world to take action on social media and to contact their political leaders. We also had specific policy asks for the G7 Summit, Africa Union Summit and the United Nations General Assembly meeting.

ONE launched the Poverty is Sexist campaign on International Women's Day with a https://s3.amazonaws.com/one.org/pdfs/poverty_is_sexist_report.pdf and an open letter signed by 36 high-profile women, including Facebook COO Sheryl Sandberg; singer and entrepreneur Beyoncé; musician Angelique Kidjo; actress Meryl Streep; and actress Danai Gurira. The letter received widespread media coverage across North America, Europe and Africa—including a prominent exclusive in the Observer, a piece in Spiegel Online (one of the largest online outlets in Germany), and coverage in the Huffington Post. The letter launched alongside a petition aimed at Chancellor Merkel and Nkosazana Dlamini-Zuma—hosts of the 2015 G7 and African Union Summits, respectively—asking them to prioritize girls and women. To date, more than 1M people have signed the petition.

Next, ONE teamed up with some of Africa's top female artists. Nine singers from seven African countries came together to write and record a brand new song called Strong Girl– a rallying cry for girls and women's empowerment. They were joined by Nollywood superstar actress and activist Omotola Jalade Ekeinde, who stars in the music video. The song has been very successful to date: it was nominated for an All Africa Music Award; the music video has garnered more than 650,000 online views; the song was played on all major pan-African music channels and on Nigeria's top radio stations; and SABC, the state broadcaster in South Africa, made it their song of the month.

The song's release and its connection to our Poverty is Sexist campaign was also covered by outlets like the Guardian and the Daily Independent. Given the success of Strong Girl, we recorded the Strong Girl Remix in August that features four male African artists and Bono. Having male musicians sing in chorus with these women further amplifies the original song's message that when you lift up girls and women, you help everyone.

The Strong Girl song's launch was supported by a social media campaign where tens of thousands of people posted #strengthies– a photo in pose of the famous 'Rosie the Riveter' (from the WWII "we can do it" poster). High profile supporters included singers Beyoncé and Mary J Blige and activist Malala Yousafzai. Since then, this sparked more than 39,000 posts with a reach of more than 567 Million.

Poverty is Sexist reached a culminating point during UN General Assembly week in September as we focused our attention on ensuring world leaders saw our message when they met to make critical development decisions. We partnered with the Hudson Hotel in Manhattan to bring the million-plus names and images of Poverty is Sexist supporters to life by projecting them onto the hotel's façade. The projection stunt was innovative and interactive– allowing people on the streets of NYC to participate in real time– and it received media mentions, including in Us Weekly, and reached more than 17M people on social media.

Our campaign helped make sure that empowering girls and women was one of the most talked-about and urgent changes the world needed to address this year.

As mentioned above, the campaign was widely covered by media in North America, Europe and in Africa. The campaign also achieved wide social media reach; since March there have been approximately 800,000,000 impressions across three hashtags: #WithStrongGirls, #Strengthie and #PovertyIsSexist.

The campaign successfully mobilized many influencers to speak out; the powerful voices of African celebrities were particularly important. For example, the female musicians from Strong Girl attended the World Economic Forum to host a panel, and Selmor Mtukudzi (a Zimbabwean artists featured on both tracks) came to DC in November to help launch the remix in the US. She spoke to media, nonprofit allies and key leaders on Capitol Hill about the issues behind Poverty is Sexist.

The campaign has also reached world leaders directly. The petition was hand-delivered to six heads-of-state, and Malala, Bono and a ONE Youth Ambassador also delivered it to UN Secretary General Ban Ki-moon. Michelle Obama even mentioned our campaign while on stage at the Global Citizen Festival.

In terms of policy change, G7 leaders agreed on initiatives to support women and girls in their own countries and the Global South; AU leaders made several gender commitments, including enhanced access to education and healthcare; and in September, 17 new Global Goals for a better world were announced at the UN, and one of them is dedicated to achieving gender equality.

Video for Poverty is Sexist 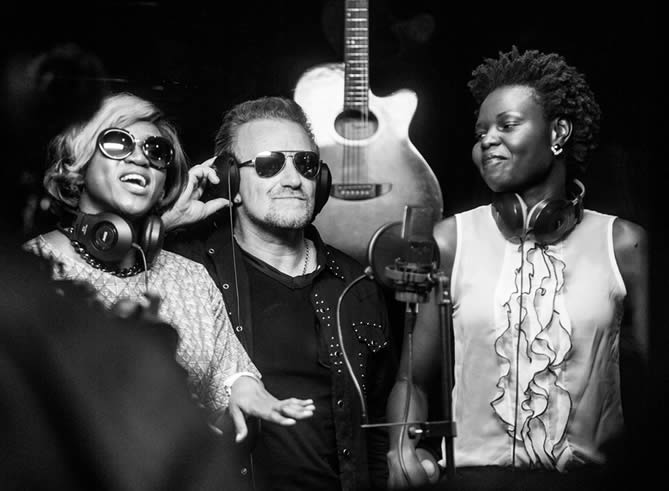 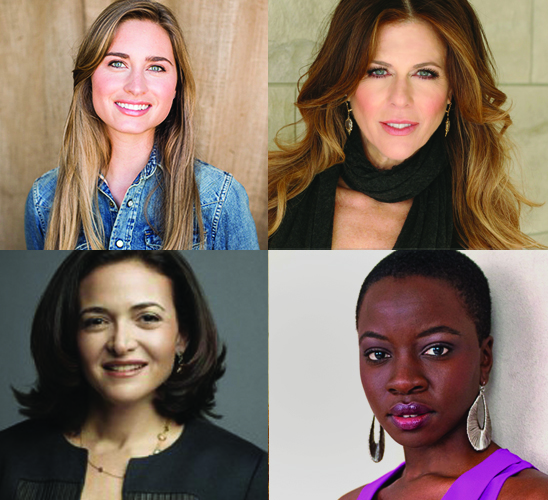 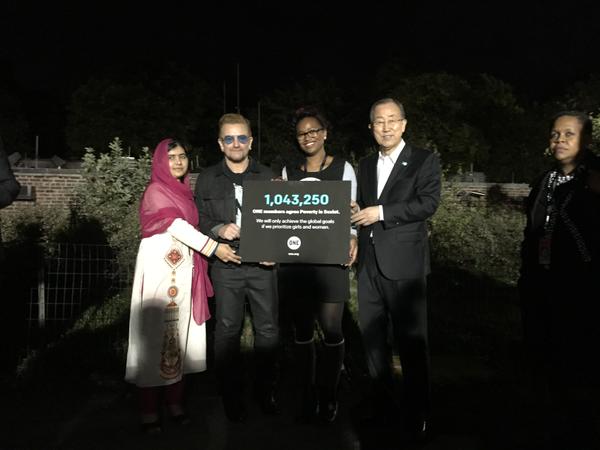 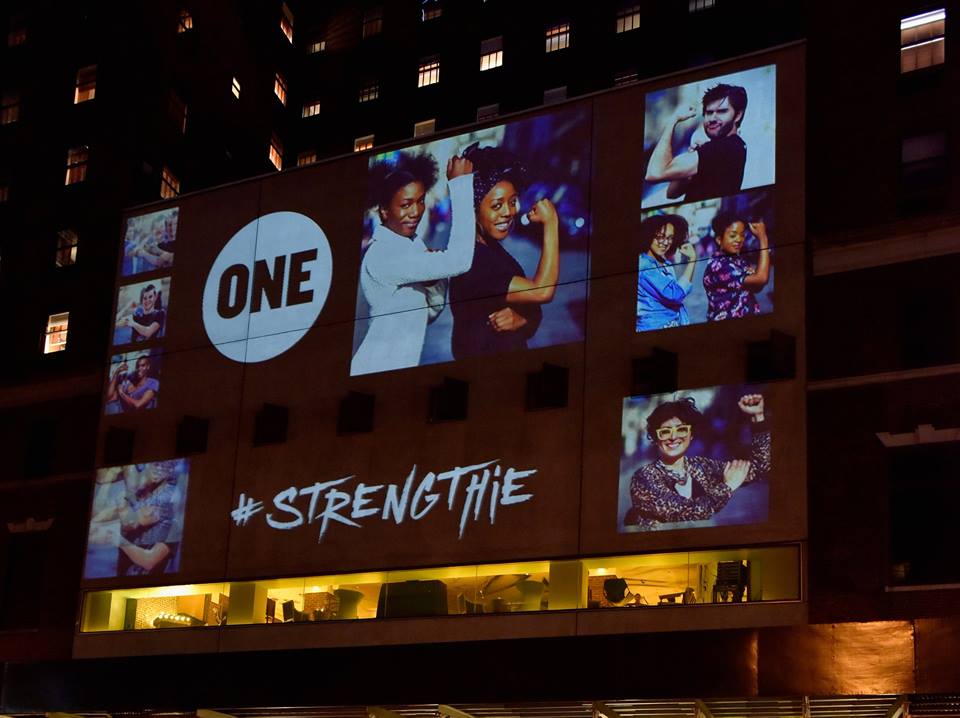