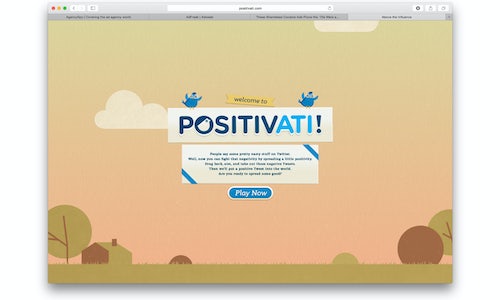 Twitter can be a pretty rough place for teens. They are bombarded with negative messages about sex, drugs, alcohol, intolerance and body image. Over time, it has an effect. So the Partnership for Drug Free Kids and its Above The Influence initiative, gave kids a way to fight the negativity in the Twitterverse with a little positivity.

PostivATI is a simple shooting game; it pulls in real negative tweets directly from Twitter, which users shoot down for points. For every negative tweet that is shot, a positive tweet goes into the thread of the negative hashtag, disrupting the stream of negativity with a message of positivity.

Touchscreen, mobile, and desktop versions of the game were distributed to grassroots teen organizations and events across the country.

Above The Influence has long worked to fight teenage peer pressure by enabling self-confidence and positive assurance.

The battleground has evolved recently as social media ever-increasingly bombards teens with polarizing influences, making them more self-aware than ever. Teens now encounter substance-related content online 84+ times a day, and by 16 nearly 70% have seen photos on social networking sites of kids drinking or using drugs.

Teens anxiously use social media to measure themselves against their peers, seeking constant rewards, and ultimately a greater social standing from it. Social media pressures teens into risky behaviors in order to project a greater standing or even a false self in the eyes of others.

Since the ATI's inception, TV advertising tried to impress on teens the risks of social pressures, yet now was becoming increasingly tone-deaf. To be effective, ATI's strategy was to live in the moments of actual influence. The campaign would help build esteem (rather than talk about it) through utility and participation. Tools, coping techniques from peers, and self-esteem boosters would co-exist in teen's world allowing them to engage on their terms.

Positiviti was a simple, yet fun and effective game that allowed teens to spread positivity across Twitter. Teens could simply load the game, and fight negative twitter tweets by shooting them down and then replace them with a positive tweet. In time, negative conversations or hashtags would turn from negative in positive conversations. Teens learned how to stand up against the hate and could encourage others to do so as well by sharing. 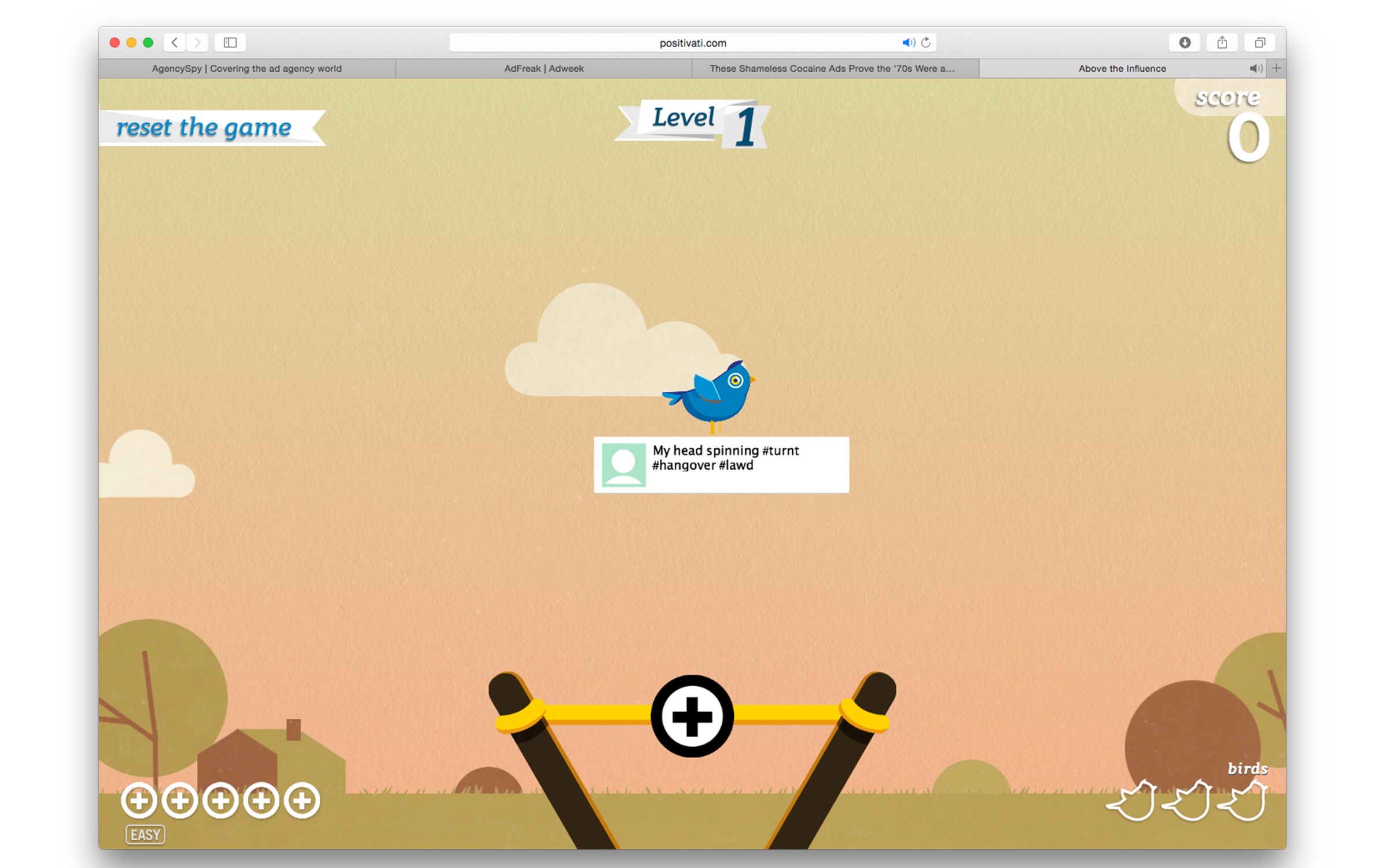 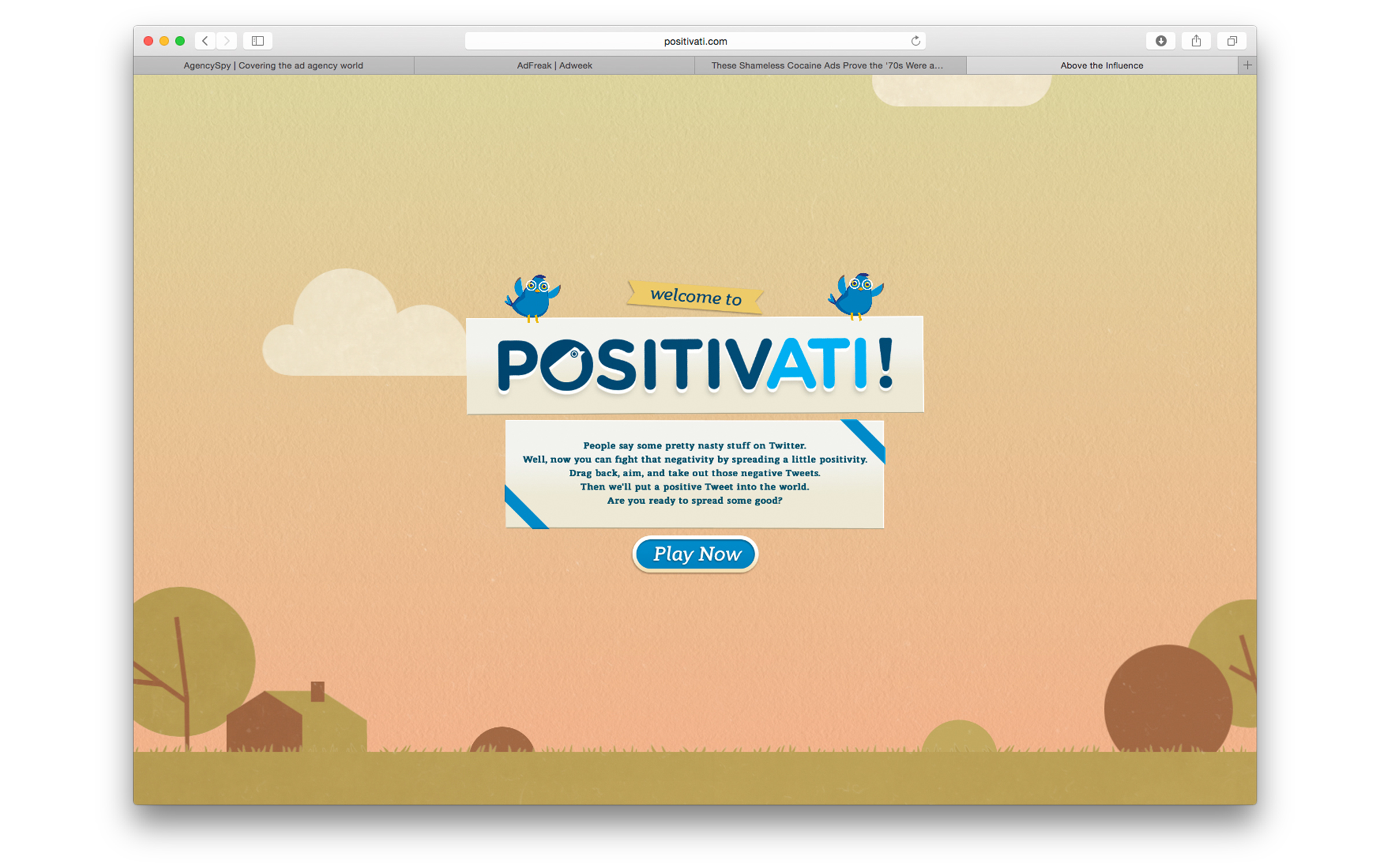