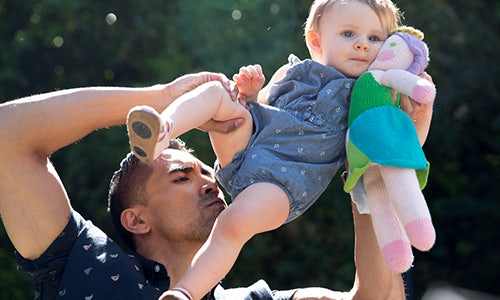 Plum Organics is a leading innovator with the mission of inspiring a lifetime of healthy eating from the very first bite. Recognized for unique, culinary-inspired recipes and a modern approach to family nutrition, Plum offers a complete line of premium, nutritious, organic baby food, as well as snacks & mealtime solutions for toddlers and kids. Plum has dedicated its social mission to delivering nutrient-rich, organic food into the hands of little ones in need across America.

Noticing a tidal wave of unrealistic, relentlessly happy and simplistic portrayals of family life in social media and the parenting CPG marketplace, Plum worked with Something Massive to craft a digital campaign portraying parenting in a more realistic light.

The goal of the Parenting Unfiltered digital campaign was to take the pressure off parents, and to build trust by acknowledging that parenting is complicated, messy and anything but perfect. The campaign was not product-specific, but rather a brand campaign designed to position Plum as the brand that gets it. Beyond this, the idea was to start a conversation with parents that would extend far beyond this campaign.

The main challenge to Parenting Unfiltered was to surpass the simplistic goal of raking in views, and achieve the start of a real connection with parents. The first obstacle was creating a content piece that truly resonated. Plum wanted to be the brand parents turned to for questions, sympathy and a knowing nod to the entire parenting thing. This was never just a campaign. It was a philosophy, which meant making it stick would take much more than a video.

Since the target audience was, by definition, too busy to care, Something Massive had to innovate a new kind of relationship between brand and consumer.

To overcome this challenge and start a real conversation that transcended a singular campaign or platform, Plum partnered with influential parents across the web. These popular moms and dads shared their honest parenting unfiltered experiences on a variety of platforms, creating organic awareness of the campaign and driving adoption of the hashtag, #ParentingUnfiltered.In addition to influencers, Something Massive launched a multi-platform campaign to support the video launch. Each component of this campaign was optimized for its platform, making it easy for fans to interact with, share and like Parenting Unfiltered assets.

Some of the highlights of the multi-layered Parenting Unfiltered campaign included :30 second video cut-downs for Instagram, a Tumblr microsite supporting the video and social assets, and a variety of Parenting Unfiltered-centric social series on Facebook. For example, Plum ran a series of Objects Renamed, i.e., phone….AKA pacifier.

The holidays are usually a time when reality is glossed over in the form of shiny, happy newsletters, cards and posts. To dispel the myth of perfection around (let's face it) one of the more stressful times of year, Something Massive created "Unfiltered 2015," a year-in-review holiday card that was both refreshingly honest and utterly sharable. To generate their own card, parents went to http://www.2015unfiltered.com, where they entered small details to personalize their year-in-review. To spread awareness of this holiday campaign, Plum again partnered with influencers, who created and shared their own cards on a variety of platforms.

Each component of the multi-platform Parenting Unfiltered campaign worked holistically to create a unifying message to parents everywhere. The campaign efforts worked, and Plum succeeded in meeting its goals.

With over 539,000 views on YouTube it's fair to say parents found the cost of investing in a conversation with Plum well worth the payoff of an honest relationship.

Housing the campaign microsite on Tumblr allowed us to feature the video campaign, our social extensions and user generated content, leading to over 25,000 total views, and an ever-growing conversation with a strong, singular takeaway.

:15 second video cut-downs featured on Instagram with supporting campaign elements and influencer support gained over 100,000 additional impressions for the campaign. 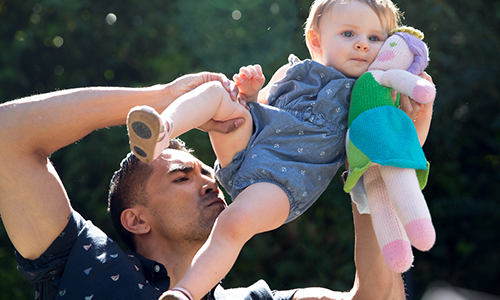