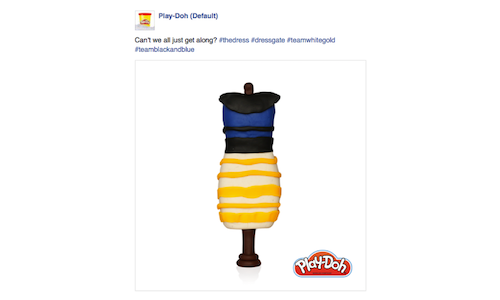 The Play-Doh brand has brought creativity and fun to fans for 60 years, inspiring both kids and adults to use their imaginations for limitless, hands-on creative play. On social media, the objective was to encourage fans to Explore What's Possible through inspiration and real-time, pop culture topics that resonate with our social-media savvy target.

The Play-Doh brand has the unique ability to engage our 1.7M Facebook fans and 24k Instagram followers by sculpting globally trending pop-culture moments. It allows Play-Doh inspiration to reach more conversations and fans in a way that is completely own-able to the brand.

Play-Doh compound was used to cut, squish, and mold colorful sculptures of top trending moments, much to the delight of our fans. Some of the most notable Play-Doh posts from 2015 were creations depicting #TheDress, Deflategate, Left Shark, #RoyalBaby, Shark Week, and Pizza Rat.

Over 100M global Facebook impressions were driven from pop culturally relevant content for Play-Doh in 2015. On Facebook, our average number of engaged users increased 97% from 2014, and our average reach increased 105% due to the share-ability of our content. Stand out posts include:

We also saw significant growth on Instagram, with our average engagements increasing 214% YOY. 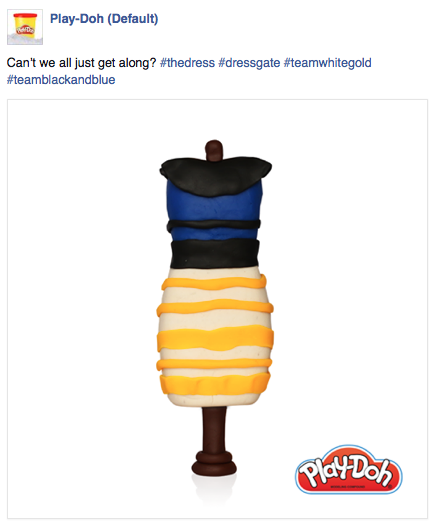 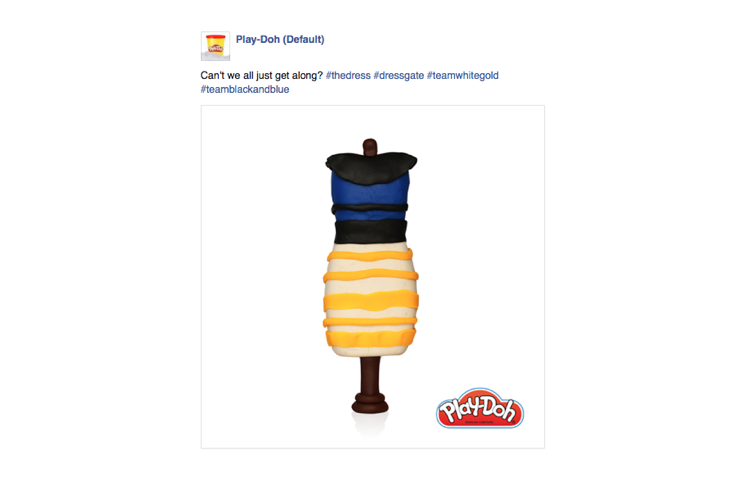 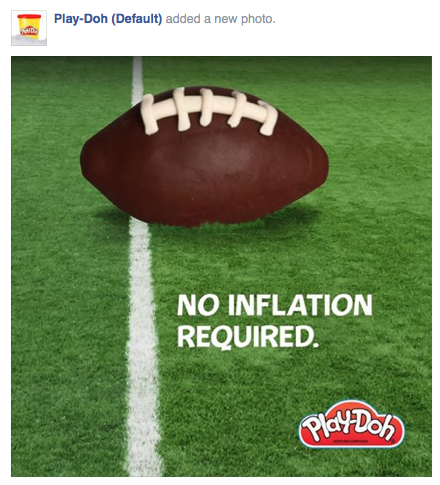 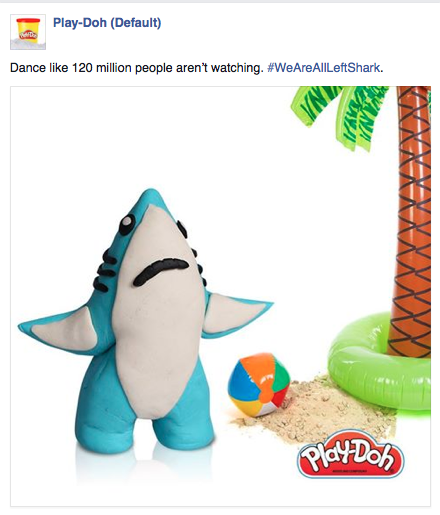 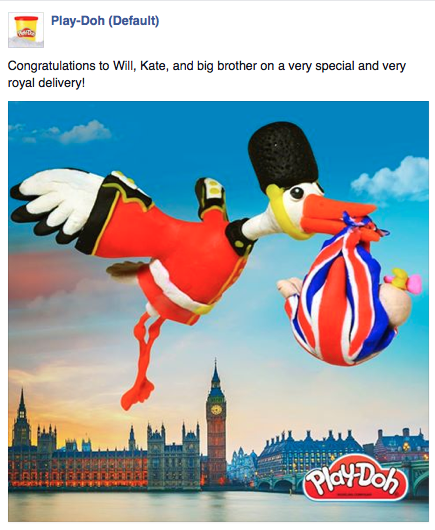 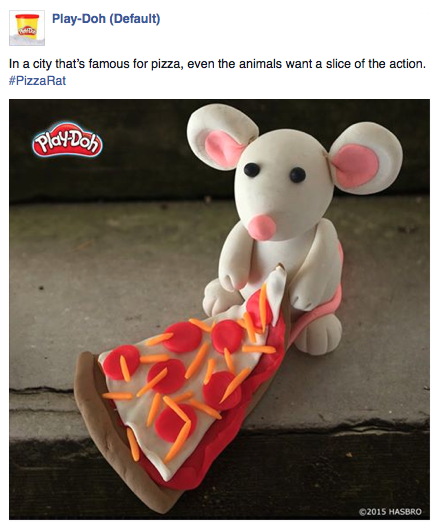