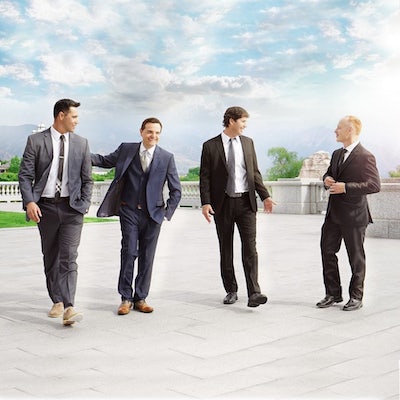 About The Piano Guys

Four dads from Utah rose to fame when they decided to post piano and cello renditions of popular songs and classical music on YouTube. Now with close to 800 million YouTube views, five studio albums, and a contract with Sony, pianist Jon Schmidt, cellist Steven Nelson, videographer and producer Paul Anderson, and producer Al VanDerBeek continue to inspire with their stunning mix of music and visuals, playing in snow or on clifftop, and entertain in parodies including the popular “Cello Wars," complete with lightsaber duel. In 2015 The Piano Guys were featured in a short video biography by CBS, and released their new album The Piano Guys: Live! on Google Play.