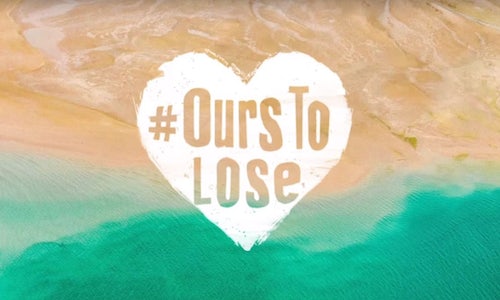 The 2015 United Nations Climate Change Conference, or COP21, was widely seen as a once in a lifetime opportunity for our world leaders to change the course of climate change - an issue that affects us all.

YouTube wanted to use this historic event to demonstrate to the global community that the platform can have a positive and meaningful impact on global issues that our users care about.

By partnering with prominent YouTube creators from around the world, we enabled them to amplify their voices on this issue and, in turn, showed the power of the platform to inspire their communities to take action toward an important cause.

Given the demographic's already strong relationship with YouTube and its creators, 13-34 year old YouTube users were targeted.

Conversations about climate change are generally met with two key feelings: powerlessness and ambivalence. Some want to help curb climate change but need guidance, while others are dubious that the issue is personally relevant. Given these challenges, we knew that if we could connect the issue to the impact it is having on the audience's daily lives, and provide them with a "low barrier" way to aid, we could make a positive difference.

YouTube is built on viewers' passions, and is powered by communities that shares those passions. To connect with our audience, we needed to tap into those interest areas to show that the effects of climate change are relevant to them.

Traditional symbols of climate change (i.e. polar bears) and downcast messaging have become increasingly common and easy to drown out. With the campaign, we wanted to differentiate our message by reframing the issue in a more surprising and unexpected light; we also sought to make the topic more tangible and relatable by teaching viewers about climate change's unexpected negative effects. Polar bears and icebergs aren't the only things impacted by climate change. From peanut butter and chocolate, to wine and butterflies, much of what we care about is at risk from a global rise in temperature.

We developed a simple message: climate change affects the things we love and, if we don't act soon, they're #OursToLose.

To promote our message, we partnered with 11 YouTube creators in 6 countries across a variety of interest areas, reaching over 17.6M YouTube subscribers in total. Backed by scientific research, we worked with each to identify the things they loved that were at risk. Their perspectives were compiled into an anthem video, serving as the campaign's kickoff.

In the video, creators urged viewers to get involved by signing the Avaaz clean energy petition, which called for the world governments to agree to 100% clean energy by 2050. The petition was to be delivered at COP21, symbolizing the voice of the people.

We launched the campaign a week before COP21, when buzz surrounding the conference was at its highest.

#OursToLose was promoted with high profile placements on both the Google and YouTube homepages, the most heavily trafficked websites in the world. The platform's YouTube Spotlight channel was also taken over, featuring the anthem video, as well as curated educational videos, teaching viewers about the complex topic.

The YouTube and Google social media channels were activated with social posts, each one featured something we would lose if climate change continued unabated using the hashtags #OursToLose and #COP21. We also used one of the first scrubbable GIFs on Twitter. The functionality allowed users to move between the item existing and it not - dramatising the fact that the item was #OursToLose. On our channels, we encouraged users to share the video and petition to their own followers to help spread the word.

To further encourage petition signatures, we surprised our users with a bespoke 'Thank you' GIF from the item (e.g. peanut butter, bananas, wine) that they had helped save by signing the petition.

Influencers also got involved on social; we created custom GIFs for each influencer to share on Twitter to add their voice to the movement. These were shared by YouTube creators, brands, and climate change influencers, such as Michael Mann, Richard Branson, and Ben & Jerry's.

In just a week, #OursToLose generated a large amount of buzz surrounding the topic; climate change specialists, celebrities, and brands used the hashtag to help spread the word and contributed to 12 million impressions (82% organic) in 20 countries.

The anthem video was viewed 3.1M times and garnered 13K comments and 13K reshares on YouTube. Global publications also took note; the campaign was featured on Mashable and highlighted as D&AD's 'Good Campaign of the Week.'

The world came together to produce the largest ever Avaaz petition at 3,656,258 signatures, which was delivered to world leaders during the conference. #OursToLose anthem video click-throughs were directly responsible for 17% (over 616,000) of these signatures, and the campaign contributed to raising awareness of the petition among a much wider audience. 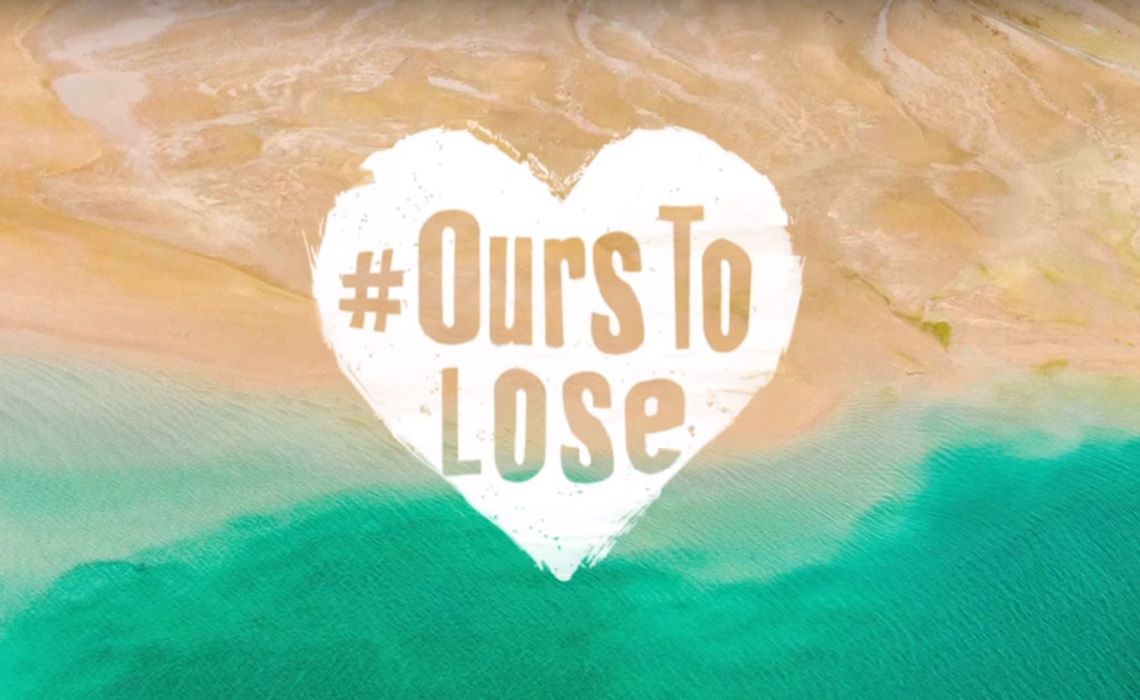 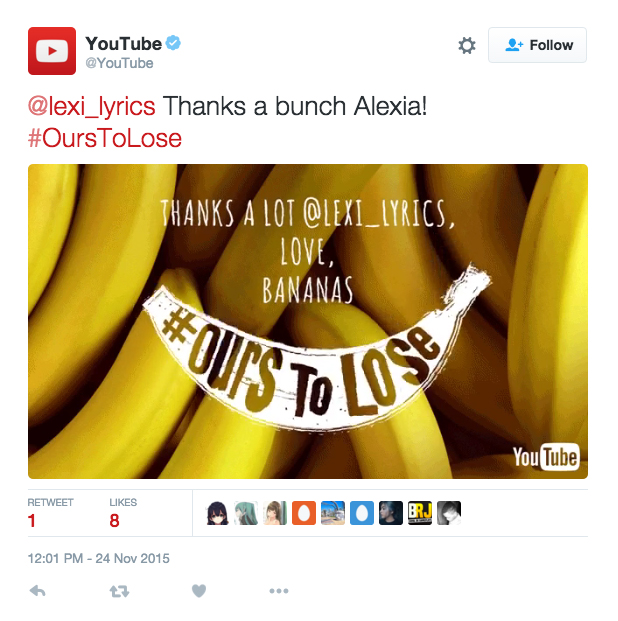 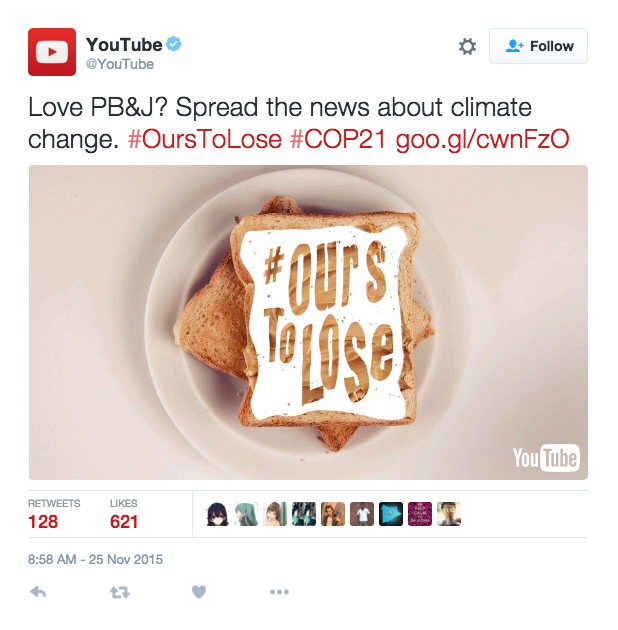 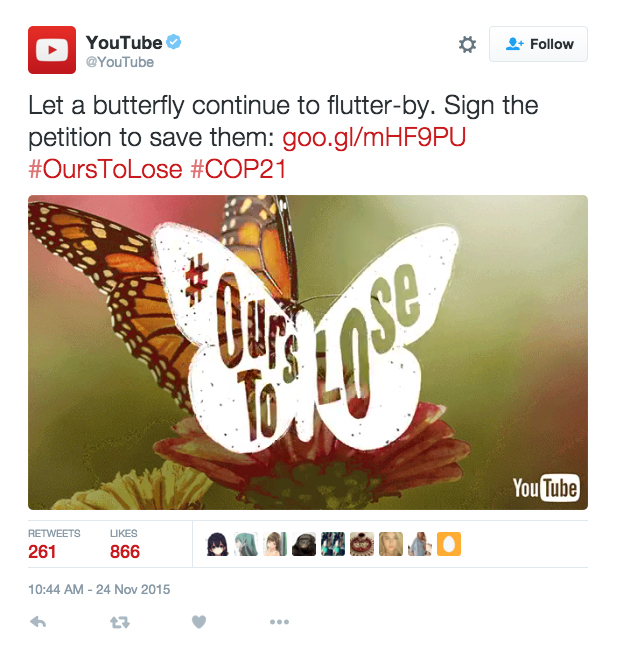 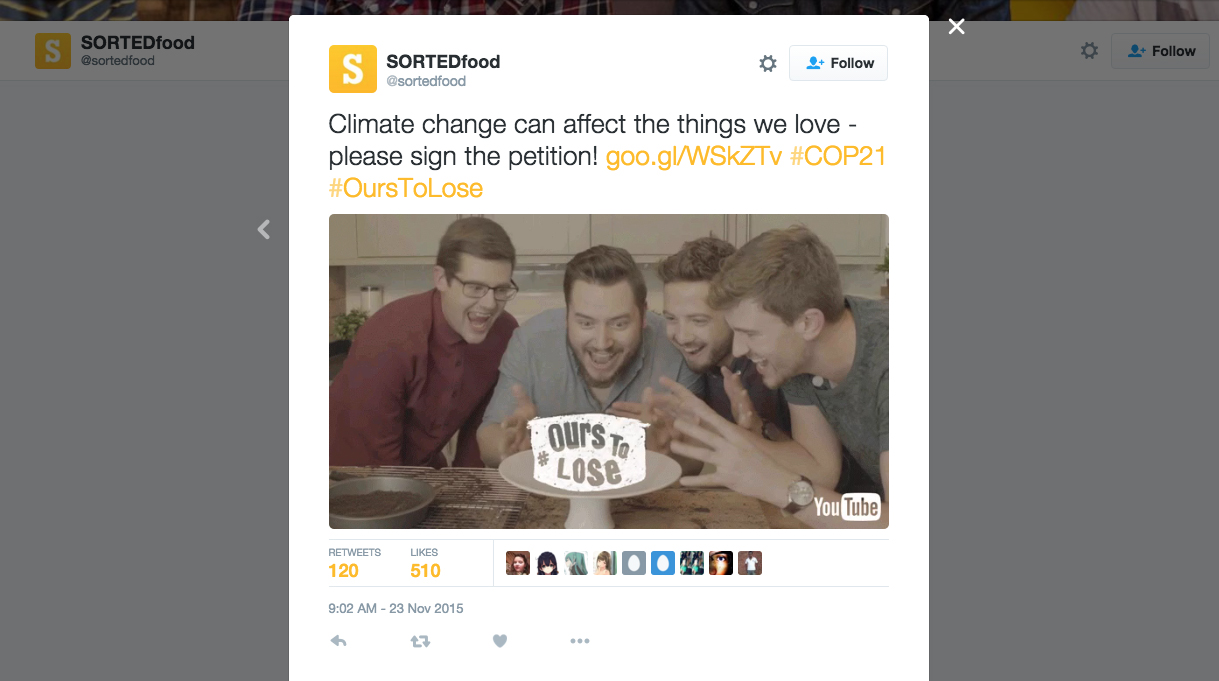 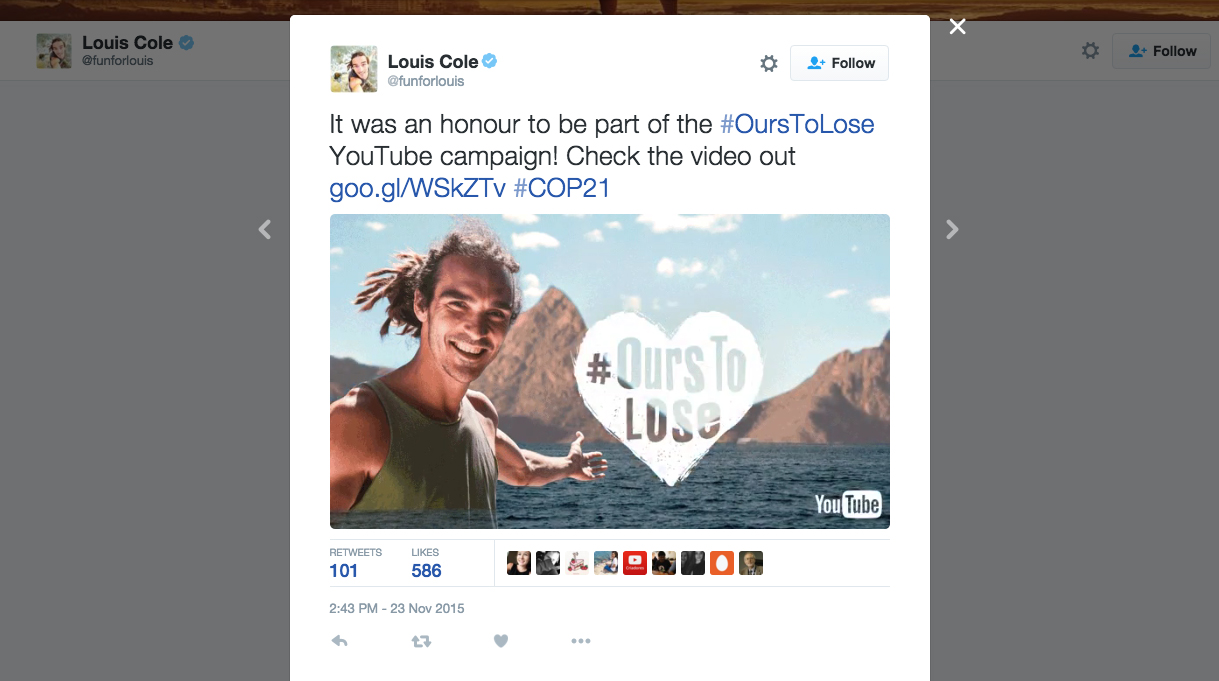