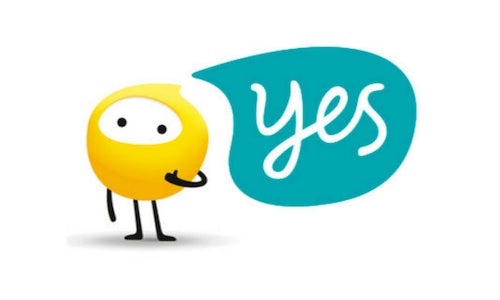 As Australia's second largest Telecommunication provider, Optus is in the business of connecting people. In doing so, we play a critical role in nurturing the diversity that has become a hallmark of Australian culture. In November 2015, Optus implemented a localised marketing strategy to connect with customers in targeted markets and communities in 36 sites across the country. The campaign was delivered in three key languages – Arabic, Mandarin and Vietnamese.

Sadly, the timing of the campaign coincided with the tragic terrorist attacks, coordinated by Islamic extremist groups in Paris. The attacks left a distinct rawness as Australia tried to make sense of heart breaking loss of life. This quickly evolved to social outrage which was soon unwittingly directed toward Optus' Arabic marketing placements. A poster erected at Casula Mall shopping centre (Sydney) which simply stated "We speak your language" in Arabic was the focal point of the emotional ground swell.

On the 16th of November at 2:26pm, the Optus Social Media Team received a tweet:

"@Optus what Country is Casula in? That's right Australia. What is the national language of Australia? ENLGLISH"

This was the first, of what became a barrage of negative sentiment posts across social networks as the topic went viral locally and internationally.
In the six minutes that it took to respond to the initial post, the objective was set to actively engage the influx to defend the values of the company in embracing cultural diversity and social inclusion in a firm, respectful, yet unapologetic manner.

The Optus Social Media Response consists of 18 specialised customer service agents that respond to in excess of half a million interactions per annum across the entire suite of Optus products and service. They aim to provide a response to customers within an hour and operate 7 days / week. Each agent is empowered to own the resolution of customer service enquiries from engagement to resolution.

It took the Optus Social Media Response team just 6 minutes to undertake a conscious risk assessment of the post, formulate a response strategy and issue a reply. A strong and unapologetic stance of Australia being an "inclusive, welcoming and supportive society" was formulated by the team , noting that as a company, Optus is proud to be able to provide assistance and services to both current and prospective customers from non-English speaking backgrounds.

The Optus Social Media Response Team made a clear and conscious decision to respond in a respectful, articulate and educated manner. In doing so, the team vigorously and continuously defended Optus' position as an organisation wholeheartedly welcoming cultural diversity and social inclusion. They worked diligently and tirelessly to ensure the negative sentiment posts were responded to as quickly as possible to stem the virility. By doing so, onlookers were quick to jump to the defence of Optus.
Further engagement followed from people with a predominantly anti-Islamic agenda. It was at this point that the role of the team shifted from being available to resolve customer service enquiries, to the role educating people around cultural awareness as they systematically responded to thousands of people who actively engaged the brand.

A united team effort committed to diversity, inclusion and multiculturalism slowly contributed to a turnaround in sentiment, resulting in the Optus social media team earning the support of not only the pro-Islamic community, but the wider general public.

The timely execution of this strategy was only made possible through the empowerment of the team to be able to assess the risks of engagement and devise a response strategy. More importantly, every response brought with it a distinctly individual human element with a collectively consistent position.

The Optus Social Media Response team reported an overall traffic volume increase in discussion of 67% for the week, representing the highest weekly social media volumes received in over a 12 month period. However, despite the initial negativity and as a result of the prompt and unwavering response, negative sentiment only contributed to 18% of the conversation.

In the week that followed, the team saw a further 60% week on week increase in engagement and positive sentiment, making it the biggest week since the team commenced operating over 5 years ago with over 20,000 post received. In spite of this, they still managed to respond to 67% of customers within 1 hour.

Mainstream media were quick to recognise the work of the team, with the Daily Mail publishing the first article at 1:16AM. By midday multiple domestic news agencies followed suite, covering the story. To date over 50 articles have been published on the topic.
At a time where many companies have a sense of fear in engaging though social channels due to the periodic reporting of corporate failures in the space, it was refreshing to see the communication of what social participation can look like when done right.

The Optus social media team can be labelled as a socially mature, empowered and experienced group of professionals that have contributed to the positive positioning of the Optus brand, diversity and multiculturalism in Australia. 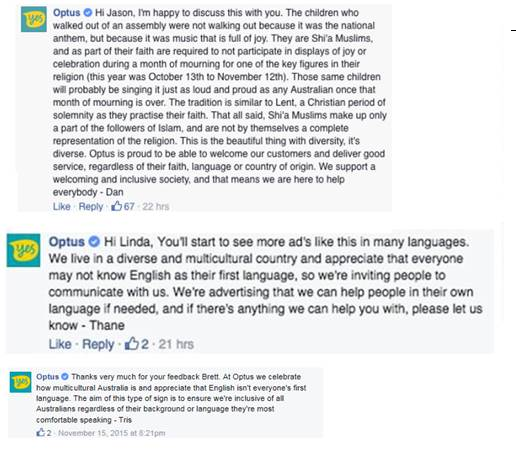 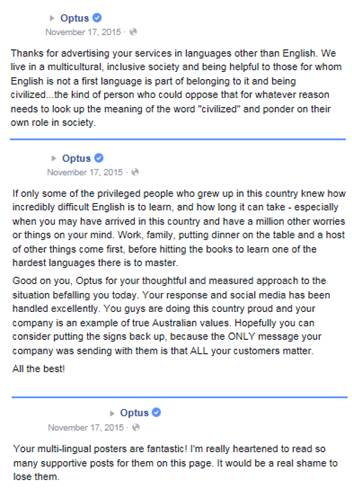 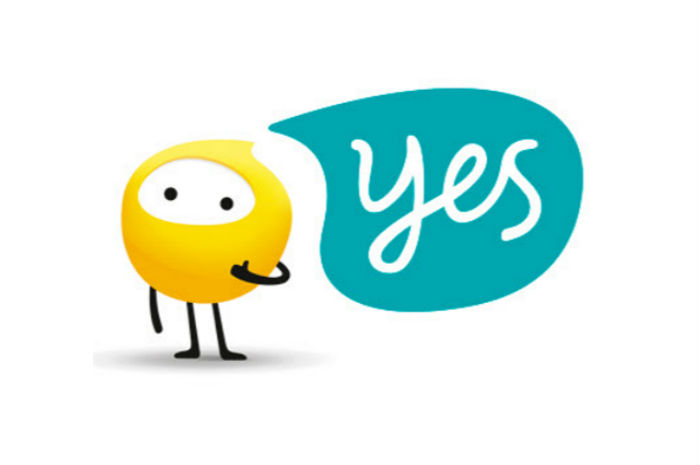