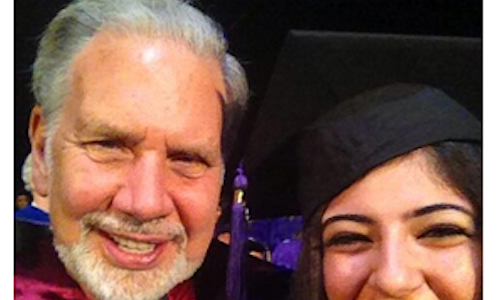 #CongratagradNYU is an integrated, one-day campaign conducted during New York University's Commencement Exercises. As a global university, our goal was to create an immersive and interactive experience at our largest event for all students, faculty, family, and friends, regardless of their location.

Digital technology is one of the unifying factors among NYU students. The Digital Communications Group revised its social media strategy to build and foster a stronger, more engaged digital and global community. By implementing #CongratagradNYU, we are able to more easily bring our entire community together to celebrate the accomplishments of our graduates, while also dispelling the notion that NYU lacks student life and culture.

The #CongratagradNYU campaign spans five social media platforms (Facebook, Twitter, Instagram, Vine, and Google+). During Commencement, the NYU community is encouraged to use #CongratagradNYU for easy and instant sharing of memories and best wishes for graduates.

Using the social search and display platform Tagboard, #CongratagradNYU photos, tweets, and posts were aggregated and displayed on the video screens at Yankee Stadium for audience members and graduates to see. We worked with the Tagboard team to customize the display interface with NYU branding and were one of the first organizations to utilize this social tool in a stadium setting.

We approached the first year of #CongratagradNYU with the idea of "surprise and delight", and delivered it as an in-the-moment activity. Beyond promotion of the hashtag on Twitter, participants were able to earn a custom NYU Badge for checking in to Yankee Stadium through Foursquare, and students could complete a "Graduate Bucket List" by checking into key campus locations before leaving NYU. After Commencement concluded, we created a Storify to highlight the most popular shared posts and placed it on our dedicated webspace.

Our #CongratagradNYU strategy has evolved over the course of three years. In order to continue the growth and engagement of #CongratagradNYU, and avoid the campaign becoming lost in the influx of general posts about Commencement, we targeted the social media leaders at each school and university division and shared the specific details of #CongratagradNYU with 200+ social media managers in our community. In 2015, we collaborated with key student leaders, schools, and alumni to provide customized messaging for their groups and organizations on the video screens.

In its inaugural year, #CongratagradNYU gained nearly 1 million Twitter impressions within only 45 minute of screen time. Additionally, over 1,000 badges were claimed on Foursquare.

Since engaging our larger social media community, our campaign has grown to 2.3 million impressions per event. #CongratagradNYU has trended nationally on Twitter two years in a row (2014, 2015).

#CongratagradNYU has become a New York University tradition, and one our community expects and looks forward to with each graduating class. 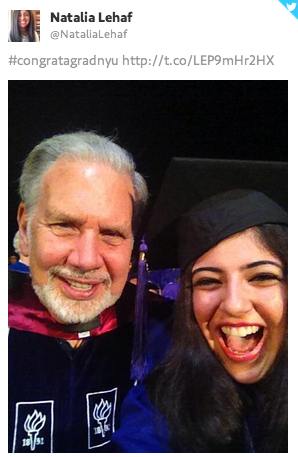 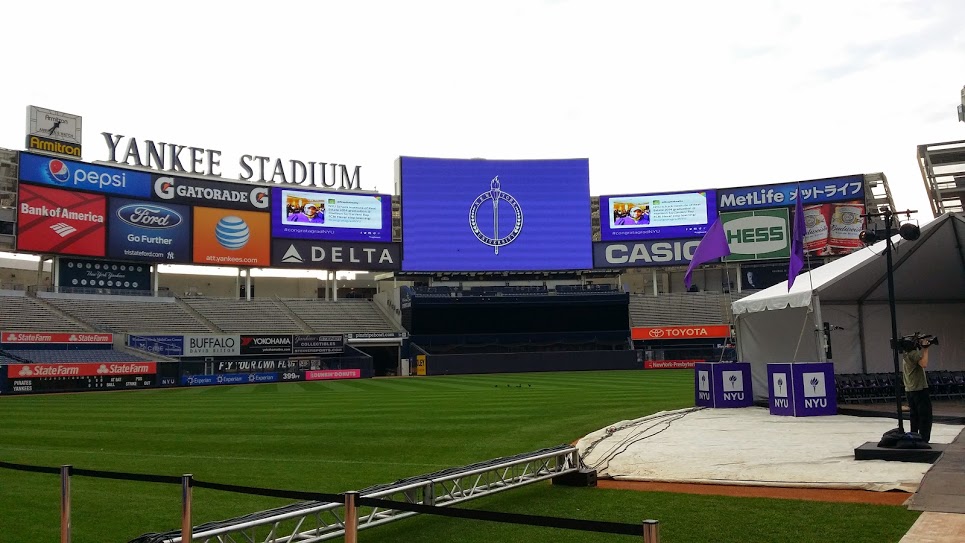 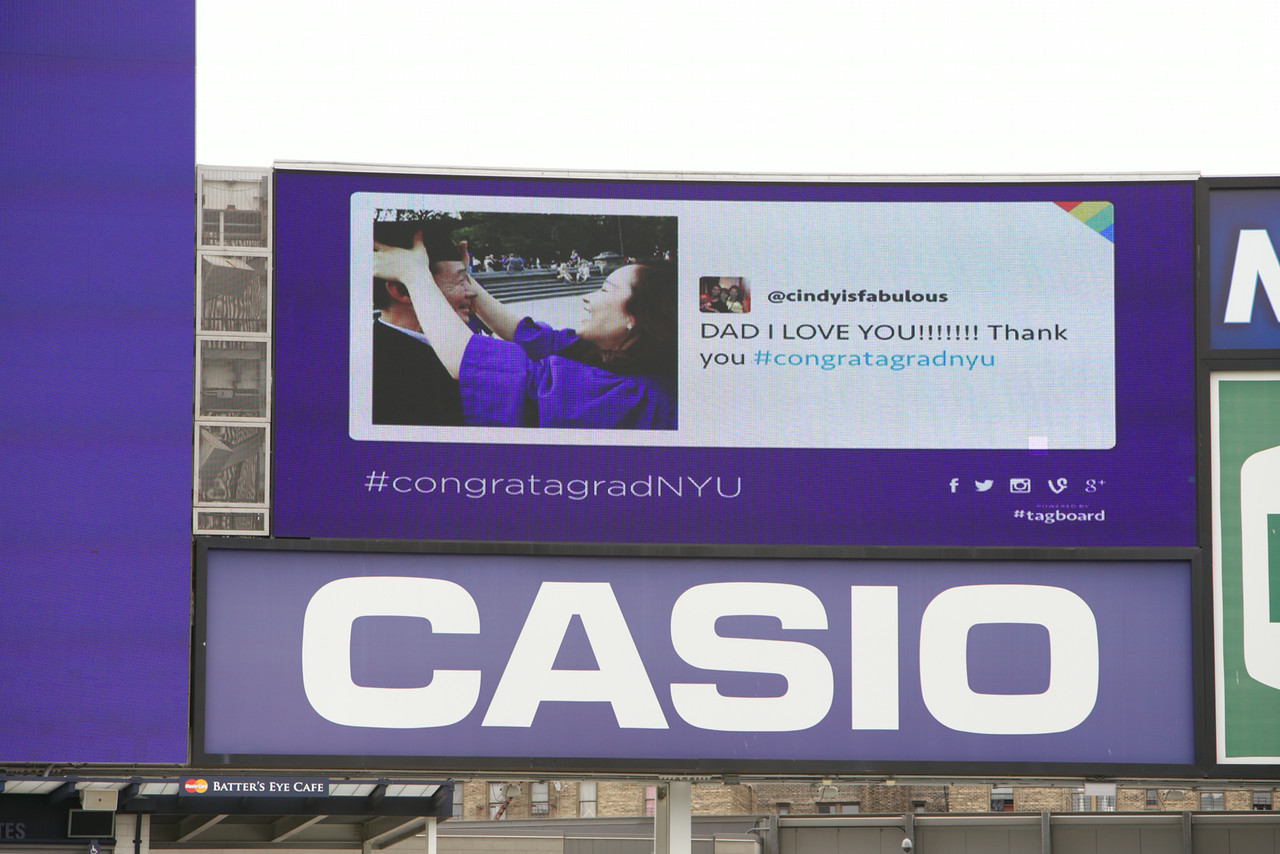 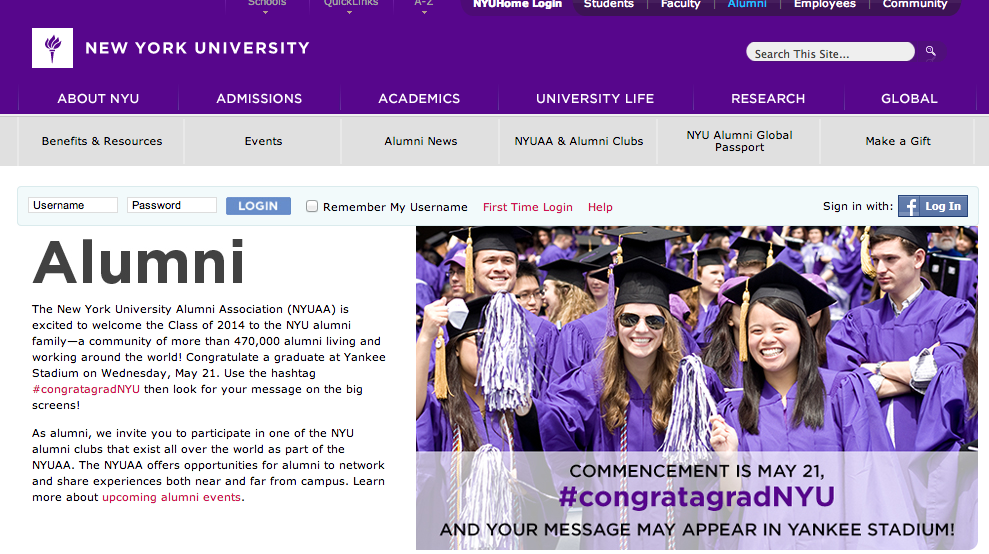 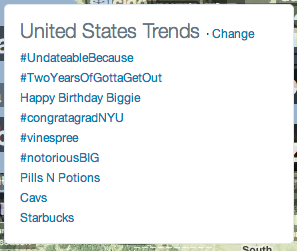 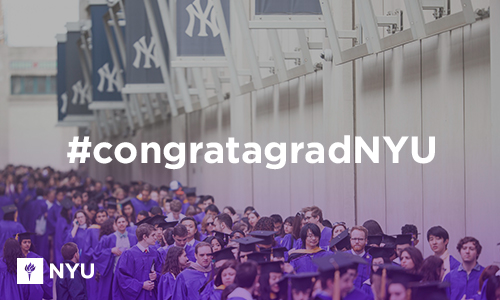