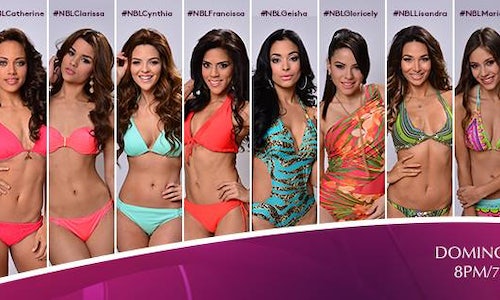 Nuestra Belleza Latina (NBL), the longest running and popular beauty reality competition, counts with a naturally socially engaged audience – it was the first-ever show to top Facebook's Weekly Buzz Rankings. In an effort to keep fans excited and remain ahead of how they were consuming content, Univision devised a campaign to create strong engagement to drive awareness, increase traffic and ratings to the 9th season of the show, and foster growth and interaction among members of the "NBL" community.

The strategy was to build momentum well ahead of the show's premiere and deliver strong engagement with an integrated multiplatform campaign with multiple engagement legs across different phases: Pre-Season, Pre-Premiere, During Season.

Pre-season: Created "Profe," a coaches social/digital engagement campaign with past finalists and Queens to provide advice/tips via YouTube, Facebook, Instagram and Twitter to aspiring participants before and during auditions. From weekly YouTube vlogs to social media challenges (e.g. share your audition hairstyle selfie) to local segments with "profes" in audition cities, fans and potential contestants alike created a "classroom" on social media.

Pre-Premiere: Using #NBLReady, fans were prompted to complete a series of challenges such as "show us your no makeup selfie" to illustrate what makes fans beautiful inside and share on Instagram, Twitter and other social platforms.

During Season: Key experiences and opportunities for fans to be integrated to the show, have their voices heard, obtain unique access and connect with their favorite contestant were created to drive engagement for digital traffic and broadcast tune in.

1. Social voting – fans were able to save their favorite through voting on Twitter.

2. Fan Rewards - #NBLSuperwoman rewarded women fans that recreated outfit styles that made them feel empowered and shared on social media; Fan comments and questions were prominently featured on the show's main stage and during the social media segments; and interactive polls where fans were asked questions and their responses were shown in real-time.

3. Unique access – Vine 360 was integrated into the show, on-stage to provide the audience with a 360-view of the girls in the runway both on air and on Vine; Facebook Q&As with their favorites allowed fans to interact in real-time with their favorites; Rehearsals broadcast through Periscope.

4. Other Activations – social media set and segments that provided opportunities for viewers to interact with contestants, invited celebrities and artists, such as Ricky Martin through fan questions, Twitter mirror exclusive photos and celebrity mementos rewards.