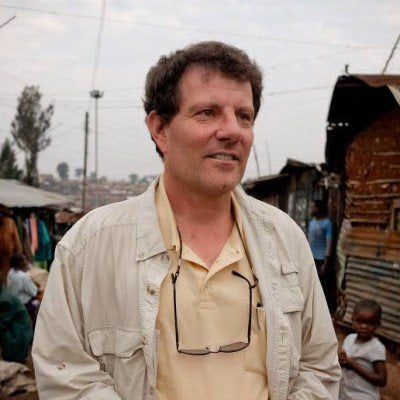 Resident New York Times columnist and human rights activist, Nicholas has earned two Pulitzer Prizes for his work covering Tiananmen Square and the genocide in Darfur. He and his wife Sheryl have written many books, most recently the bestseller Half the Sky, which launched a social movement to end worldwide oppression of women. Today, he writes and tweets about the state of America, addressing outrageous political candidates, the Syrian refugee crisis, gun deaths, and the lack of gun control. In 2015, his piece “On Guns, We’re Not Even Trying" attracted national attention with other frustrated patriots, including Larry King, Mia Farrow, and Senator Dick Durbin.