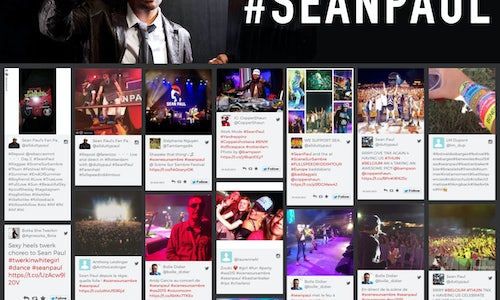 Upon the release of his new single, Grammy Award-winning reggae artist Sean Paul wished to give fans an opportunity to experience the energy and excitement of his 2015 Full Speed Riddim Summer Tour. While the tour took place across Europe and Japan, Sean Paul wanted to provide his global audience with a taste of his upcoming performances, regardless of their location or what social network they were using.

Sean Paul believed the best way to engage his dispersed audience was from one centralized place - his website. Sean Paul and his team had seen a tremendous amount of social activity and user-generated content produced at previous concerts and decided displaying it on his site was the best way to give his audience a taste of his tour. Unfortunately his site was under construction and would not be ready until after the tour wrapped. Sean Paul turned to Nicho, which could be setup as a microsite, to quickly collect and display tour-specific photos, videos, status updates and more via the hashtags #fullspeedtour and #seanpaul.

"A good foundation for creating a strong community of fans on social media is simply by being genuine in your interactions and getting to know your fans. My fans in Europe and Japan respond differently and generally have different preferences or knowledge in regards to my music as compared to my fans in the U.S. Similarly, I have a completely different relationship with my fans back home in Jamaica. My engagement with fans differs based on what I know will bring forth a better response. Nicho allowed me to take advantage of the wealth of content from the summer tour." - Sean Paul via Business News Daily

Nicho's turn-key platform was a powerful solution that allowed Sean Paul and his team to quickly collect and display user-generated content in time for the launch of the summer tour. Sean Paul drove social fans to his Nicho Media Wall through posts on Facebook and Twitter that announced it was active. Sean Paul's initial Facebook announcement received more than 3,600 Likes, 106 shares and 55 comments. Once fans clicked through to the Nicho Media Wall, they were immediately transfixed, spending more than 12 minutes browsing, sharing and commenting on the Nicho-powered page.

Fan's love for the Nicho Wall was evident in the stream of enthusiastic comments that populated the announcement posts and Media Wall. In some cases, fans that attended the tour were able to post pictures and clips to their social networks and have them featured on the Media Wall, further amping up fan engagement and excitement. 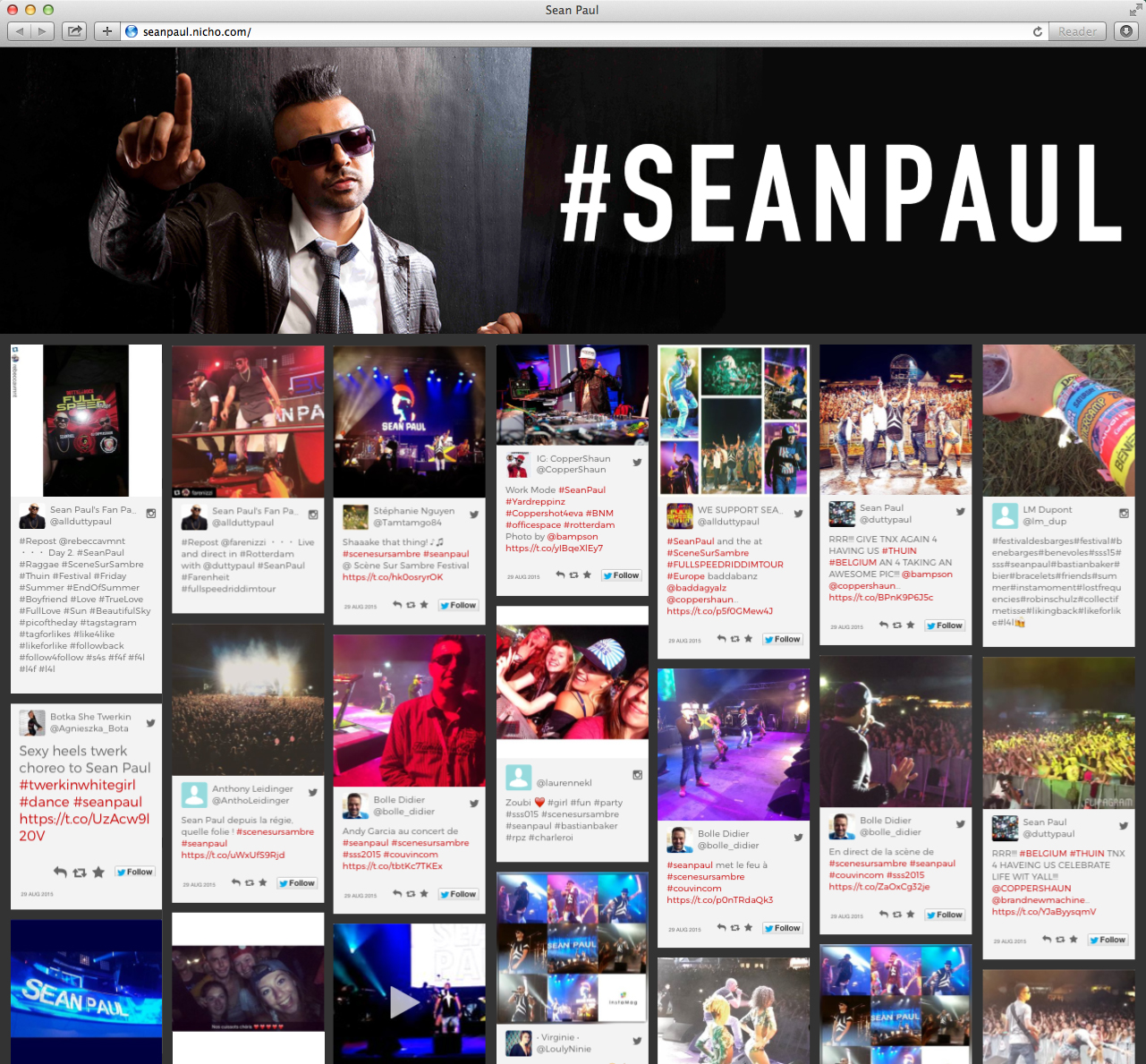 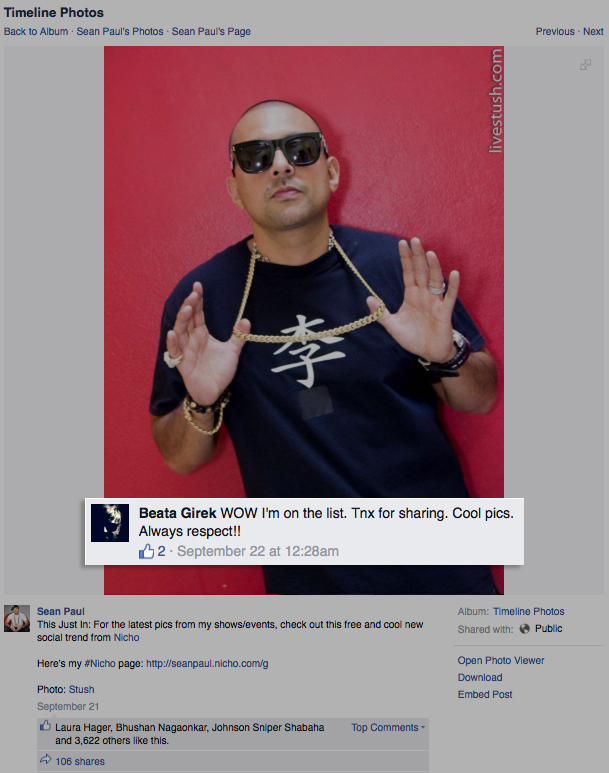 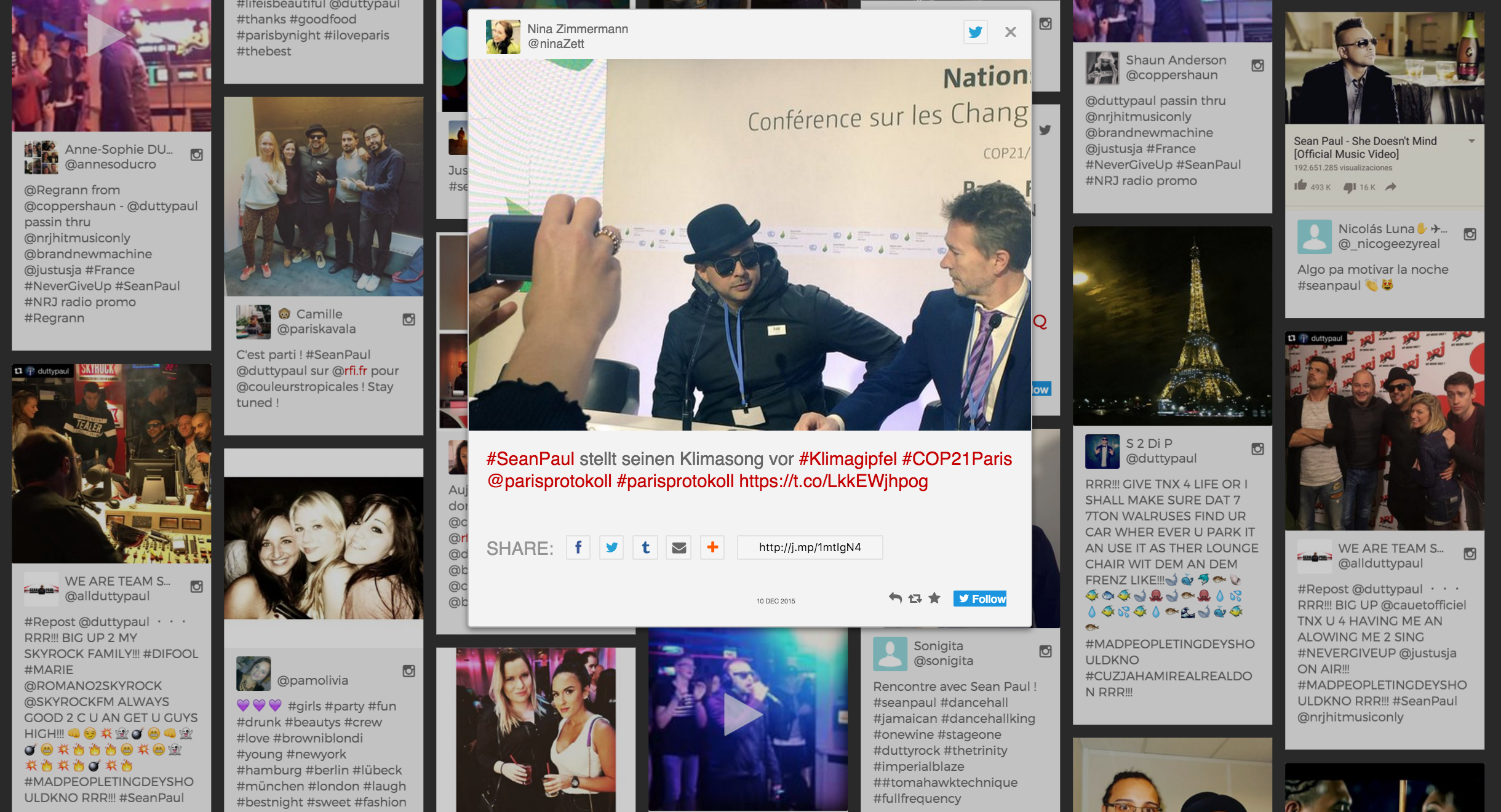