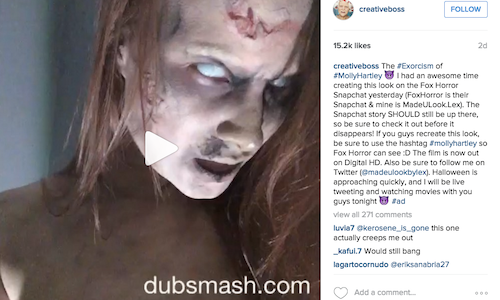 Fox Home Entertainment tasked Digital Media Management with creating a social influencer campaign that would generate awareness for the straight to digital HD film in addition to captivating Fox's existing audience of horror movie fans during the lead-up to Halloween.

To start the campaign, MadeULook, would takeover Fox's Horror Snapchat account, 'FoxHorror', where she would transform herself into Molly Hartley. The takeover was promoted by MadeULook across her social platforms and by Fox's social platforms to drive tune-in.

Over the course of a few hours, MadeULook would undergo an exorcism of her own, as she transformed herself into Molly Hartley. Her last snap was a video that would tease audiences of something to come later.

While in character, she recorded a video of herself as Molly Hartley using one of the film's official Dubsmash clips. The clip was then distributed and shared natively across all of her socials including Instagram, Twitter and Facebook with links to purchase the film. Fox also used the clip and shared it across its social channels to excite fans of the film and genre.

The content sentiment was nearly 100% positive across the influencer and brand's posts. Over 2MM were reached organically (no additional media spend took place), the Snapchat story received 25,000+ views, over 2000+ clicks generated to purchase, and content engagement was above 5%. Digiday covered the story and Fox said that "it was an innovative, entertaining, and effective integration to the final phase of our overall campaign." 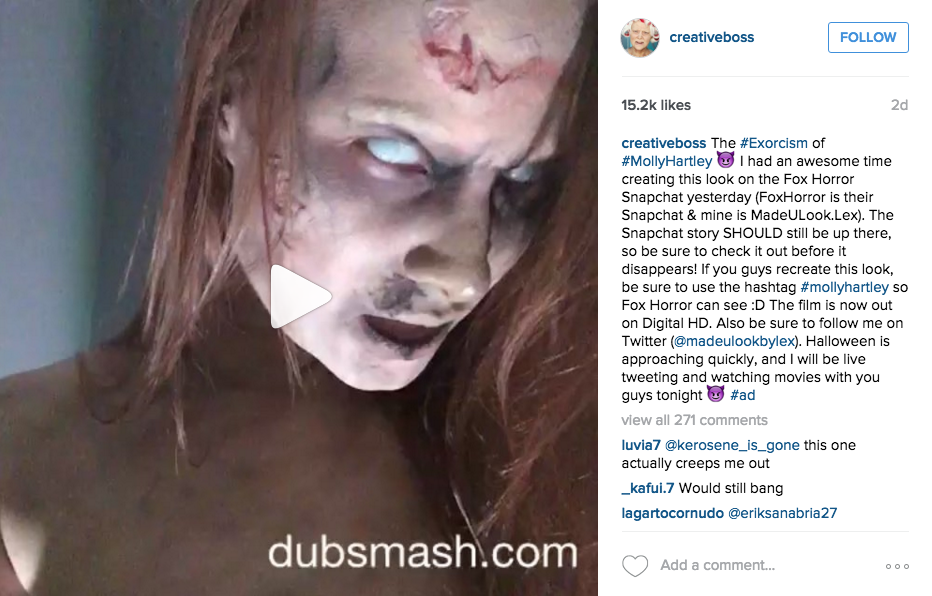