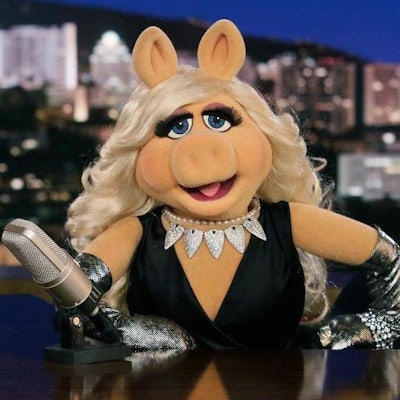 Miss Piggy got her start in Jim Henson’s The Muppet Show in 1976, but today she’s a whole new… pig. She’s known for her diva attitude and love for her castmate Kermit the Frog, but is now a single woman about town. There have been countless remakes and rereleases of The Muppets, including cartoons, feature films, and spin-off television series, but The Muppets returned to television in 2015 on ABC with celebrity cameos from Hollywood elite. On Twitter and Instagram, Miss Piggy is popular for letting her fans follow her new single life, while she sassily calls out Leonardo DiCaprio for still not having an Oscar.