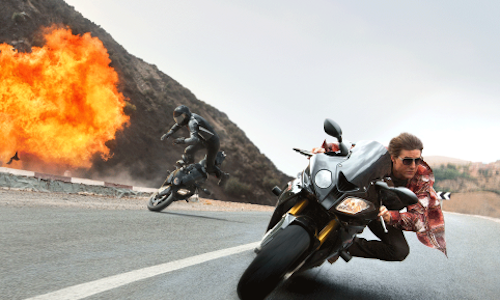 We wanted to bring fans into the world of Mission: Impossible using Snapchat's inherently relevant features. Each Mission Month challenge was presented by Tom Cruise and incorporated classic M:I themes such as running like Ethan Hunt and solving codes - all with an expiring time limit. Participants were rewarded with exclusive content and acknowledged across the film's social channels.

Leading up to the release of the film, we challenged Mission Impossible fans via Snapchat to "Go Rogue" with self-destructing messages and only 24 hours to complete each mission. We then showcased the top submissions across our social channels to reward creative entries and encourage further participation. Top social influencers also participated in the initiative helping achieve engagement at scale.

A nationally branded filter featuring the numerical countdown and the franchise's trademark phrase, "This message will self destruct in..", brought the experience to a broader user base ahead of our release.

This initiative effectively introduced a new generation to the Mission: Impossible franchise. With a combination of talent involvement, active recognition/engagement and exclusive content, positive brand equity and awareness was achieved among a key demographic.


"An integrated Snapchat "Mission Month" engaged fans to take part in 24 hour "self destructing" missions, all introduced personally by Cruise. The challenges included audiences submitting themselves running a la Cruise that are ever present in the franchise and fans snapping real life missions all over town. This drew 65M impressions across various social media formats; with the promo tied to the 15K M:I5 Instagram followers."

"The Queen of England should bestow a knighthood on the creator of the "Mission: Impossible" Snapchat filter. The image layover plays off the app's ephemeral nature by incorporating the franchise's classic line, "This message will self-destruct in X seconds," producing a beautiful synthesis of technology and marketing. This was part of a larger Snapchat initiative where the official "Mission: Impossible" account hosted a "MIssion Month," leveraging Snapchat influencers and engaging fans to take part in 24-hour "self-destructing" missions, all introduced personally by Tom Cruise. These programs have driven well over 65 million impressions on the platform." 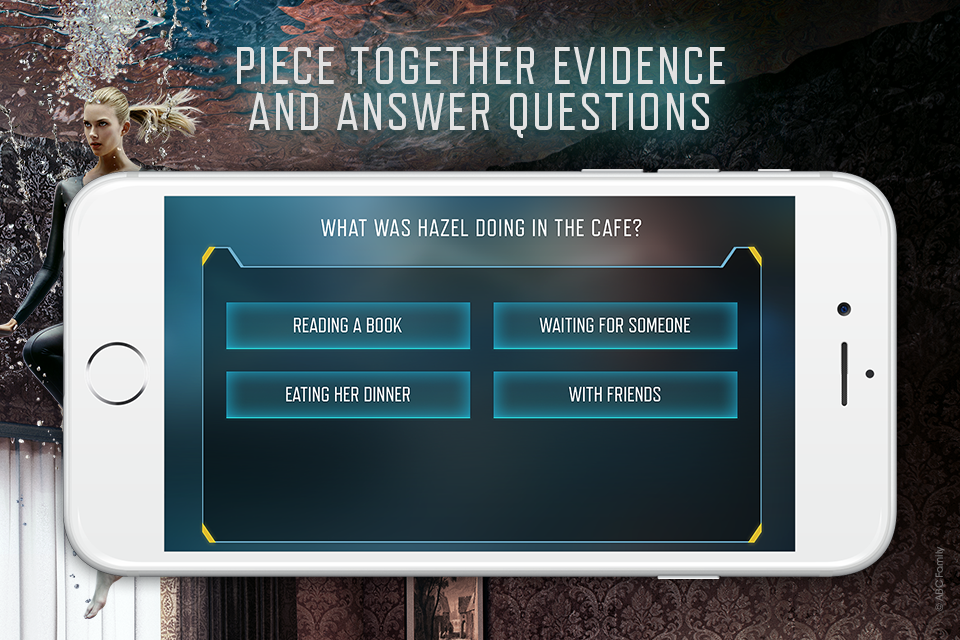 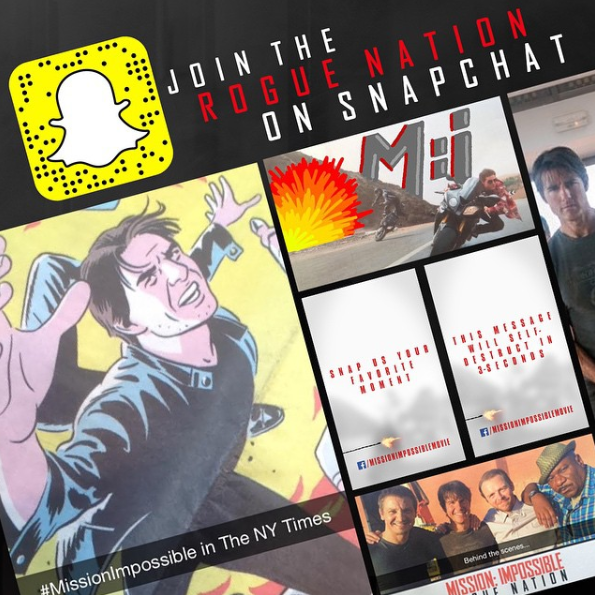 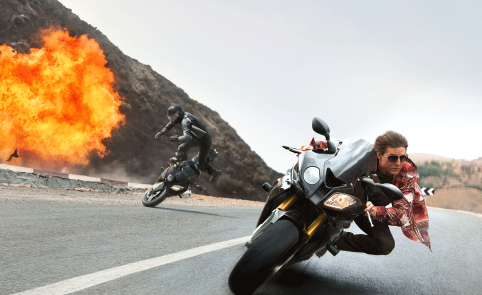