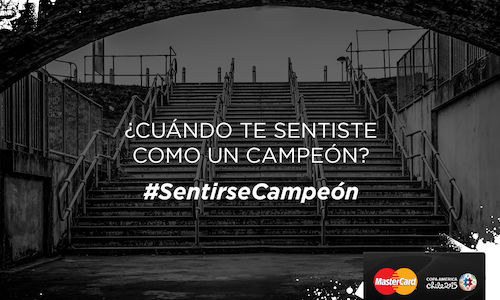 Our objective was to amplify the MasterCard's sponsorship of Copa América Chile 2015, the biggest fútbol event of the year in Latin America.

The Axis Agency was tasked with leveraging the brand's owned digital and social media channels, in order to garner consumer engagement and promote MasterCard offers, experiences and cross-border transactions. We were looking to increase MasterCard's total market share and become top-of-wallet in the Latin America & Caribbean (LAC) regions.

During Copa América Chile 2015, The Axis Agency developed a digital and social media campaign that allowed MasterCard to generate brand awareness and drive affinity by feeding into the excitement around soccer and making fans across LAC "feel like a champion".

We connected the brand with consumers online through a unified communication concept for the entire region: #SentirseCampeon (#FeelingLikeAChamp), which served as the tagline and hashtag for our curated Copa America story.

The campaign launched with an inspirational video starring Argentine football star Javier Mascherano, where he asked users across LAC to share a moment when they had felt like champions, using the hashtag #SentirseCampeon. By leveraging Mascherano's social footprint and audience, as well as sharing compelling content on a dedicated campaign landing page and through MasterCard's local market social channels, Axis was able to ignite meaningful consumer interactions around our rally cry for the campaign.

Axis attracted new users and promoted story submissions by surprising and delighting consumers from MasterCard's primary LAC markets with personalized videos recorded by our campaign spokesperson, Javier Mascherano. In the video, Mascherano showed a screen grab of the user's #SentirseCampeon story, and called them out as being the real champion while wearing the user's name on a fútbol jersey.

We generated excitement for upcoming MasterCard campaigns and promoted their Priceless Surprises platform by sending 5 winners from 5 key LAC markets to the Copa America final, as a way to celebrate the fact that they are champions.

All throughout the campaign, Axis promoted relevant MasterCard offers and experiences and drove transactions, by using paid social media to direct traffic to merchant partner sites where consumers found travel offers (e.g. hotels, car rentals) that they could purchase online. All the while, we used social listening to monitor conversations around #SentirseCampeon, allowing us to provide specific offers and benefits that were tailored to consumers based on insights identified in in real-time.

We achieved 160,000 mentions of the #SentirseCampeon hashtag and MasterCard-owned handles on Twitter and Instagram alone. During the final match, Axis hosted a Twitter Live Studio where we created content in real-time, reacting to goals, faults, and unprecedented events happening on the soccer field. Our official campaign hashtag was used more frequently than the official Copa America event hashtag (#CA2015).

Our efforts to promote cross-border transactions by focusing on offers related to travel successfully drove over 600,000 users to merchant partner sites where MasterCard offers were readily redeemable.

The connection between MasterCard and their official sponsorship of Copa América became more and more apparent across consumer comments in LAC as the campaign evolved, as was proven by user comments on MasterCard's Facebook pages. And in addition to #SentirseCampeon stories being shared, our content also generated product inquires in the region. 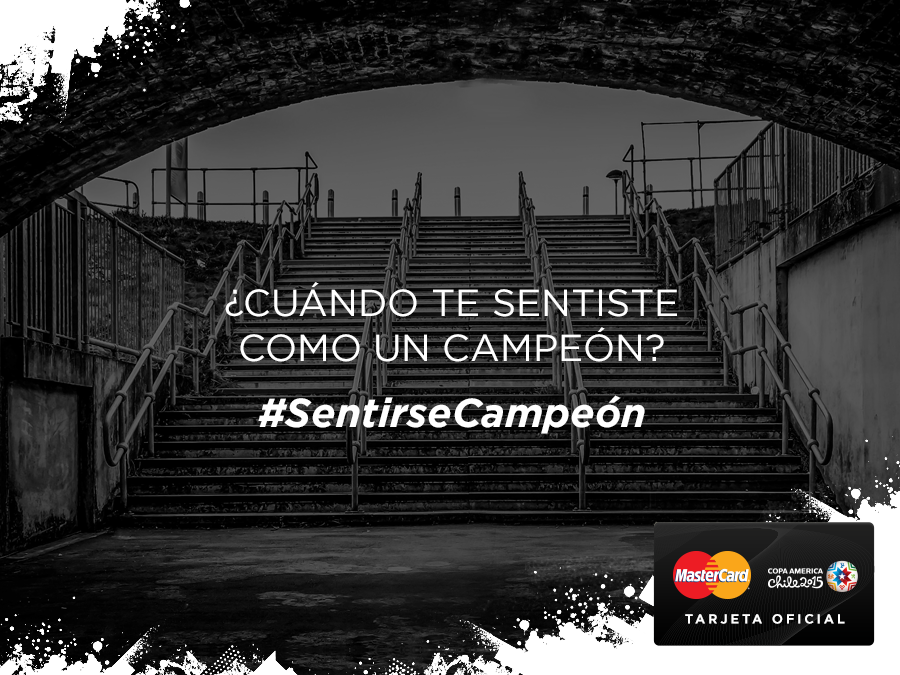