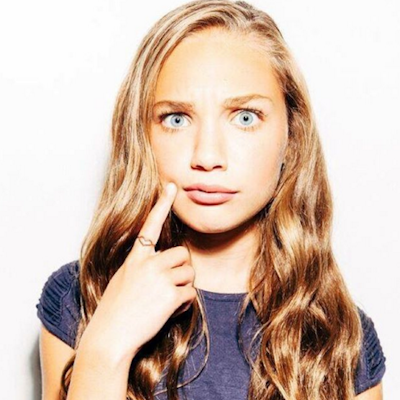 Maddie Ziegler is a dance star who came to fame in Lifetime’s hit show Dance Moms. As singer/songwriter Sia’s muse, Maddie is the young, talented dancer featured in Sia’s music videos and live performances. Her most notable performances in videos were “Chandelier," “Alive," and “Elastic Heart," which had Maddie dancing opposite Shia LaBeouf and stirred some controversy online that Maddie immediately dismissed. In 2015, she had a guest spot on Pretty Little Liars and joined with #SnapPets to promote adorable cameras to her 4.5 million Instagram followers, alongside her #girlsquad pics and behind-the-scenes shots from her many TV appearances.