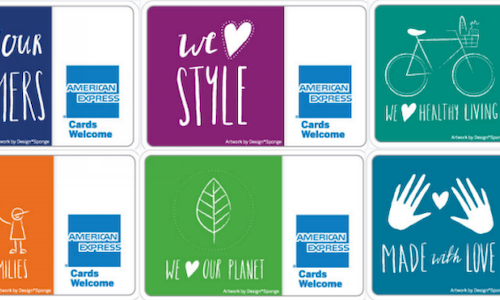 American Express knows that small businesses see big results when they advertise that they accept the card. In fact, 67% of card members report they would be more likely to make a purchase when they see on the front door or window that American Express is accepted.* But many small business owners still weren't displaying AmEx signage on their storefronts.

We created the "Love My Store" campaign to increase orders and placement of AmEx signage among small businesses nationwide.

*American Express commissioned internet panel survey conducted in December 2014-February 2015 based on purchases made in the 6 months prior to the survey. Definition of American Express® Card Members: Respondents who reported that they have an American Express Card and that they used that card to make purchases (i.e. retail store, retail services, B2B professional services and/or healthcare) from a small merchant in the prior 6 months.

Small business owners are proud of their businesses and take great care in designing their stores, including the storefront. We needed to show business owners how AmEx signage could play a role in that design.

First, we collaborated with Grace Bonney and her team at Design*Sponge to create 6 beautiful and engaging new AmEx decals that would resonate with small merchants. The "Love My Store" series of decals told potential customers a bit about the store and its values, while making it clear that AmEx card shoppers were welcome.

Simultaneously, we released the Love My Store content series featuring weekly store design tips, including how to place AmEx signage for maximum results. The series also included videos by HGTV host Emily Henderson showcasing how various types of small businesses can use their store's design and signage to bring in more customers.

To further encourage small business owners to order and place AmEx signage, we launched the Love My Store photo contest on Twitter and Instagram. Small business owners entered by posting photos of their storefronts displaying any of the new Love My Store decals to the #LoveMyStoreAmexContest hashtag. One grand prize winner won $10,000 towards a storefront redesign, plus a one-on-one design consultation with Emily Henderson.

And against the primary campaign goal, over 400,000 Love My Store decals were distributed, and the series is now the most-ordered of all available AmEx decals.

All showing that shop owners took action once they connected with the campaign, with orders of the new Love My Store decals continuing today.

Video for Love My Store Campaign 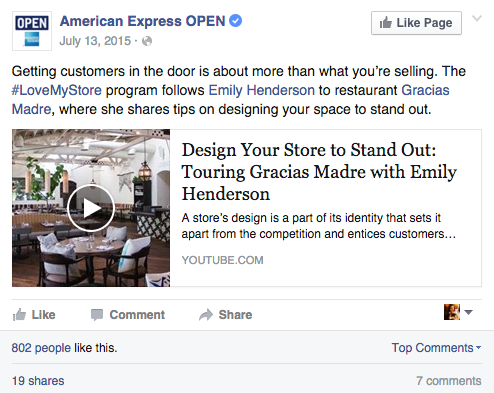 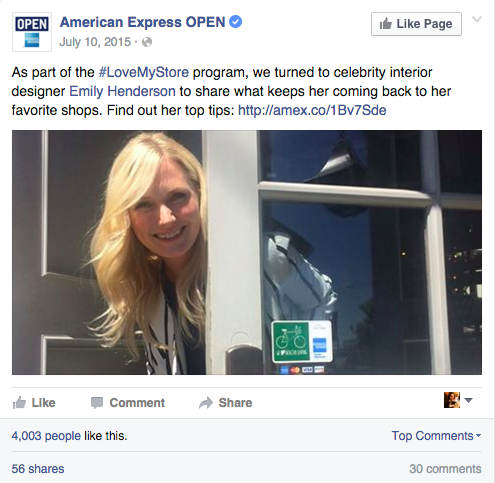 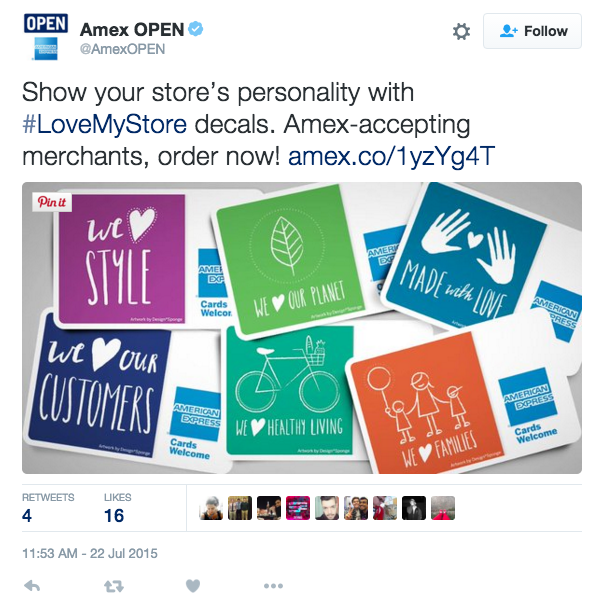 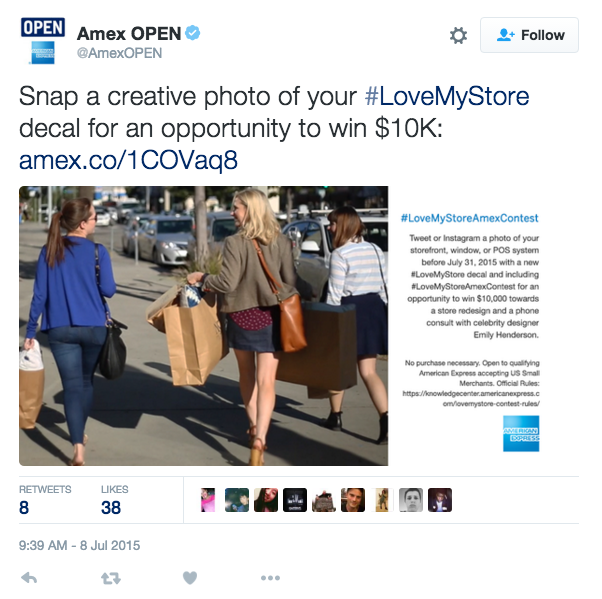 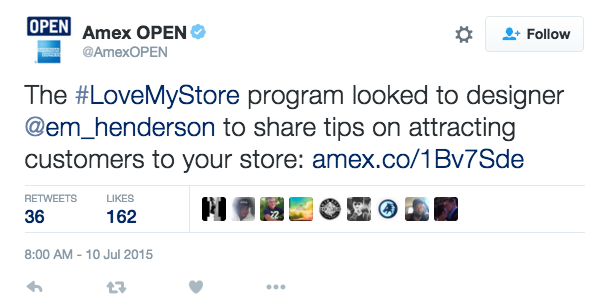 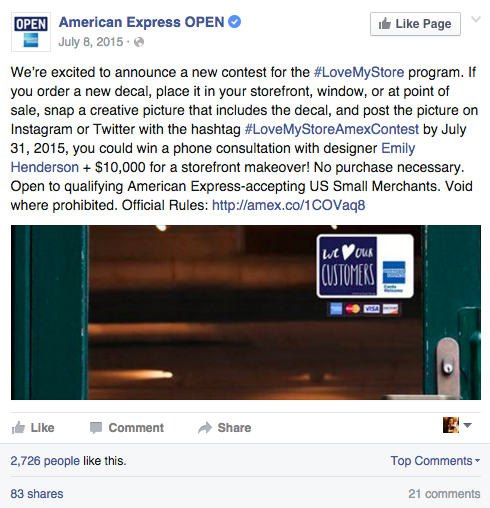