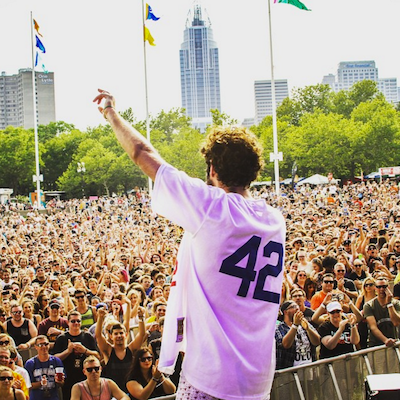 Lil Dicky (a.k.a. David Burd) is a rapper, but one of the more untraditional sense, creating a parody of rap while still integrating the culture into his songs and videos. His mixtape Professional Rapper debuted at #7 on the Billboard charts, #1 for parody and rap. His YouTube music video “Save Dat Money" featuring Fetty Wap and Rich Homie Quan shows Lil Dicky walking around Beverly Hills trying to make the least expensive rap video in the game, while still featuring big mansions, expensive cars, and girls on boats, and now has over 20 million views. While he might be joking, Lil Dicky’s recording songs with the likes of Snoop Dogg.