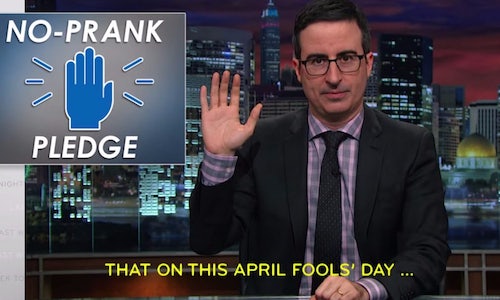 Two years ago, Last Week Tonight with John Oliver, premiered amidst a television landscape dense with top-notch topical comedy and quickly found a niche for itself. Hosted by former Daily Show correspondent John Oliver, Last Week Tonight found its voice by touching briefly on the week's news before diving into a longer comedic exploration of a just-below-the-surface issue. The show makes use of HBO's lack of commercial breaks to give its topics uninterrupted focus, with segments often culminating in a pre-produced spectacle, like a trailer for an action movie about America's infrastructure starring Steve Buscemi and Edward Norton, or an on-location interview in Russia with Edward Snowden. Oliver and his team use the weekly, thirty-minute show to deliver in-depth segments on unexpected topics.

Last Week Tonight's goals for the digital and interactive realm are simple: extend the show's half-hour of comedy as far into the world as possible.

The most obvious way the show achieves this goal is through aggressive distribution of both broadcast clips and original digital content. While HBO is usually precious with its original content, the network has liberally distributed extended clips of Last Week Tonight, some longer than twenty minutes, over YouTube. Many of these segments have gone viral (if you'll excuse our use of that phrase) both in the United States and internationally. During mid-season hiatuses, Oliver records short, web-exclusive segments and releases them online at the time Last Week Tonight usually airs.

The online reach of Last Week Tonight is not solely contingent on distribution of video content. What makes Last Week Tonight's digital/interactive presence special is the level of engagement it inspires in viewers across platforms. The show's Twitter and Instagram profiles are not just distribution channels for video clips but also locations for Webby Award-winning original comedy content throughout the week. Additionally, Last Week Tonight also uses the web as a way to mobilize viewers to action. To cap off a story on the tobacco industry, Last Week Tonight created Jeff the Diseased Lung in a Cowboy Hat, its own proposed mascot for Marlboro. After an on-air call to action, viewers made the hashtag #JeffWeCan trend globally on Twitter and even posted Jeff's picture on the seldom-utilized Google Plus network. Since that episode aired, posters of Jeff have appeared (without the show's direct help) in Germany and London, and protestors in Washington D.C. made their own (shockingly good) Jeff costume to wear at a demonstration. A picture of Jeff is now a top image search result for "Marlboro" on Google.

Additionally, the show's storytelling is enhanced by being able to put video content online at any point as shown by the web exclusive Revised Resolutions, which received over 2 million views. The show has also created a series of microsites that serve as digital extensions of show content such as Leap Second Countdown Clock, Definitely Real Quotes, Our Lady of Perpetual Exemption and Scream into the Void. The interactive side of Last Week Tonight does not just reflect the broadcast of the show; it feeds new content into it.

The digital presence of Last Week Tonight gives viewers numerous ways to interact with the show. One week, John Oliver might create a real church and ask viewers to donate their seed money to Our Lady of Perpetual Exemption. Another night, singer/actor/legend/joy Cher might be inspired to tweet the almost nonsensical phrase #SoyBeanWind, which appeared on the show. Another week, Last Week Tonight might dare fashion companies claiming to not know where their clothes are made to eat the cheapest lunch items he can find. No matter what the specific venue, the interactive content produced by Last Week Tonight is organic, innovative, and culturally relevant.

Last Week Tonight has a social footprint of over 4.6MM fans across YouTube, Facebook, Twitter and Instagram. The view-through rate on Last Week Tonight's YouTube clips is a robust 60%, which challenges the notion that viewers only have the attention span for short video clips. A thirteen-minute piece on Government Surveillance (which ended with the Snowden interview) has garnered over 10 million views and was watched more than 5.5 million times in less than two weeks.

Microsites built as digital extensions of show segments, like our Our Lady of Perpetual Exemption, tend to gain millions of visits in just a matter of days. Web exclusive videos often garner millions of views as well. In two years, the show's YouTube channel has accrued over 2.6 million subscribers, and the videos have been watched over 514 million times in total, leading the New Yorker to dub the show "must-share TV." 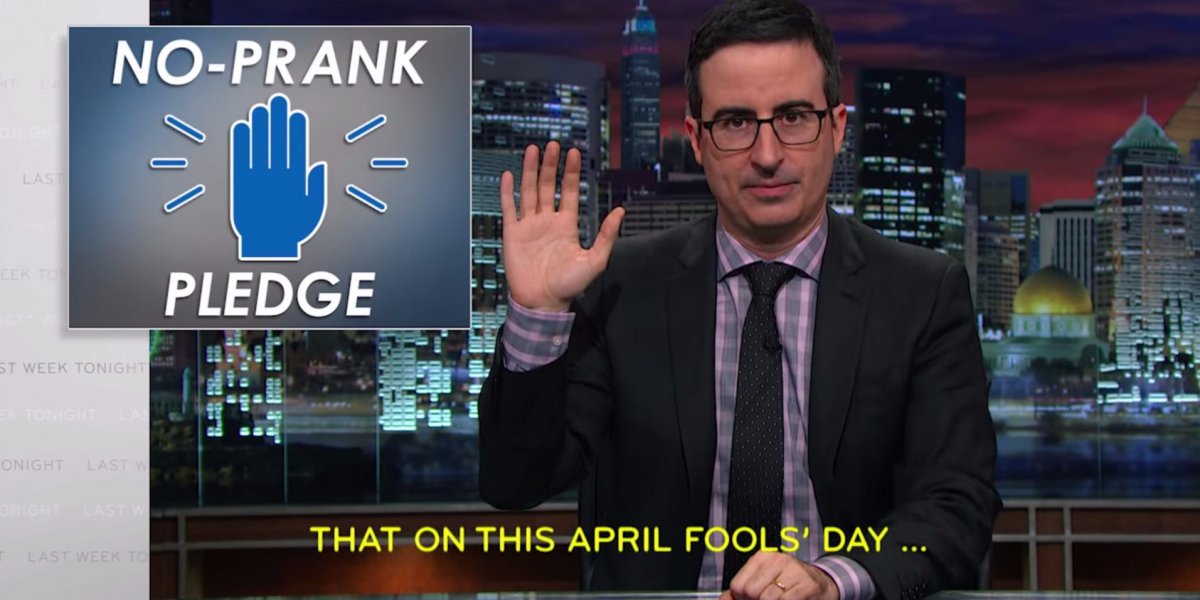