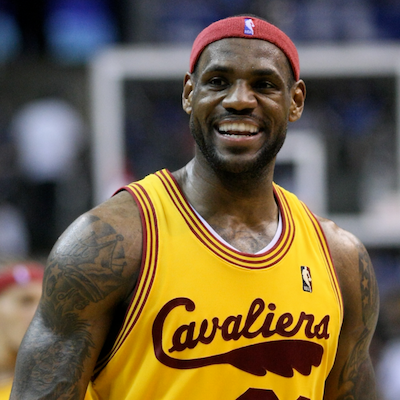 LeBron James is one of the NBA’s all-time greatest players and social media influencers, whether you’re a fan or not. As a magnet for attention, LeBron now acts in feature films, like 2015’s Trainwreck, and expresses his thoughts on social media. It’s reported that one tweet from @KingJames is worth $140,000 in media value. In 2014, he revealed he was “coming home" to the Cleveland Browns after his championship wins with the Miami Heat, showing a personal side to his career. He’s also spearheading an athletic-centric content provider across mobile and social platforms called Uninterrupted, a section of Warner Bros.