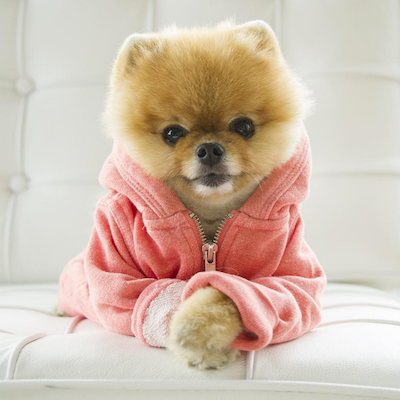 Jiff Pom is a tiny Pomeranian puppy who likes to dress up, run around, and do cute things for us all to follow on the internet. He also holds the Guinness World Record for fastest dog on two paws, has appeared in commercials for Target and Banana Republic, and was featured in Katy Perry’s “Dark Horse" music video. In 2014, Jiff was a special guest at many Dodgers games, and the city of LA declared August 20th “Jiff Day" in his honor. He’s popular on Twitter, Snapchat, and Instagram, with even human celebrities trying to get selfies with him.