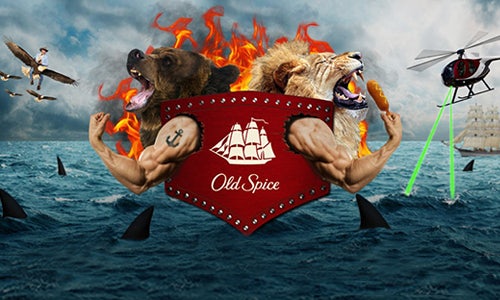 campaign through their love for memes and GIFs. Imgur's male-skewing, GIF-

loving, meme-creating audience, a natural platform for a native advertising

Imgur's in-house content strategy team developed an original concept for Old Spice to deliver on their objectives. In order to engage the audience around making a Smellmitment, each promoted post was framed as a battle amongst the Old Spice heroes. Their battleground: custom GIFs. In order to sustain the attention of Imgur's millennial males, the team catered each round to their interests. The flight launched with an introductory post with standard GIFs, but quickly moved into custom territory, editing original video content to include upvotes, downvotes, cats, mouth eyes, and more.

It was a 3-pronged approach:

1.Create awareness that Old Spice has an array of the best smelling scents available

2.Encourage guys to make a smellmitment by driving trial

3.Deliver a cohesive narrative across the campaign period: Aug-Nov 2015

Building on the high community engagement on the first few promoted posts, the agency and Imgur worked together to actively participate in the comments. The team responded to user comments with additional custom GIFs, and the agency created accounts for each of the Old Spice heroes to engage in some friendly trash-talking. Imgurians loved the action! They utilized the GIFs created for the campaign to show support for their favorite scent.

The agency social team offered one user a full sized stuffed jungle cat in the comments, which was delivered promptly and inspired the recipient to create an organic post on Imgur, http://imgur.com/gallery/qBoEe. Imgurians rewarded Old Spice with additional organic posts thanking them as the "Real MVP". This interlude earned an incremental 3 million+ views and organic engagement for the Smellmitment campaign.

Old Spice was the best performing campaign in the CPG vertical, and the community reaction was phenomenal. Old Spice became a valued member of the Imgur community inspiring many organic posts and conversations about the campaign, product usage and overall love for the brand. The native campaign achieved: - 14.4% lift in Old Spice favorability - 2% engagement rate - 5k+ comments - 76% positive upvote ratio Driving a total of 10MM+ views of Smellmitment content on Imgur! 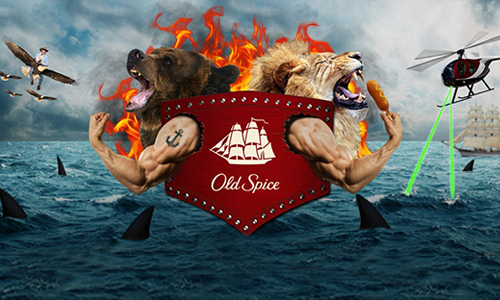