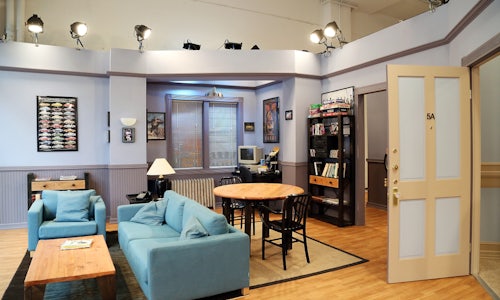 When all episodes of one of the biggest comedy series are finally available to stream online, it's something to get excited about it.

To celebrate their acquisition of of all 180 episodes of Seinfeld, Hulu built the ultimate Seinfeld fan experience, including a replica of Jerry's iconic apartment for their fans to tour in New York City. The first installation was such a success, that Hulu resurrected it in Los Angeles for west coast fans. Because no one likes a low-talker, Hulu wanted to amplify the buzz surrounding the installations by utilizing social media as a tool to enhance the ultimate fan experience.

To help grow brand appreciation, Hulu wanted to reward fans who were excited about the arrival of the show with clever, unexpected gifts, and GIFs. In addition, they wanted to improve the experience of fans waiting in line to tour the apartment, which at points reached up to five hours long!

To spearhead the outreach effort and give it some "giddy up," Hulu created a Seinfeld War Room that served as the operational nerve center during the series' launch. From there, a team of strategists, community managers, and copywriters listened to social chatter about the show and the Seinfeld apartment.

The strategy was to identify fans of the show, big and small, and engage with them to further their brand love. By playfully reaching out to them, in a language they know and love, Hulu was able to build upon the enthusiasm surrounding the show's new online home.

Casual fans who were talking about the show were acknowledged with a clever response, in the language of the show, along with a Seinfeld GIF from Hulu's vast library of GIFs, the Perfect GIF. Influencers were also engaged with a humorous response, plus their very own Seinfeld surprise – a puffy shirt or an official Box of Nothing from Seinfeld and Hulu.

Fans at the apartment in Los Angeles were offered the chance to participate in Seinfeld trivia contests on Twitter, Snapchat and Instagram. One contest had fans snap pictures of a Seinfeld quote spelled out in emojis, then post their guess to their Twitter account. Another asked fans to match famous lines from the show and post their answers to Snapchat. There was also an activation that prompted fans to record their own version of the Seinfeld theme music and upload a video to Twitter and Instagram. Participants were rewarded with a puffy shirt or their own Festivus pole.

Over the course of the campaign, 390 Seinfeld posts on Twitter generated 3.4 million impressions. The content averaged a 36% engagement rate and saw 1,564 retweets, 3,166 faves, and 326 replies.

The GIF responses generated by the War Room totaled 325, and had 100,071 impressions, and a 22% engagement rate. They accounted for 225 retweets and 108 replies. 34% of the GIFs were retweeted more than once.

The Seinfeld surprise gifting resulted in 55 Boxes of Nothing and 54 puffy shirts being shipped to fans. Their responses were overwhelmingly positive, with a number of fans taking to Twitter and Instagram to share their excitement and gratitude.

Turnout for both Seinfeld apartments numbered well into the thousands. Fans that participated in the trivia contests were rewarded with 131 puffy shirts and 34 Festivus poles.

Overall, the campaign successfully achieved its goal of generating buzz and rewarding brand loyalty. It was also successful in providing visitors to the Seinfeld apartments with an entertaining in-line experience that showed them that Hulu appreciates their dedication. 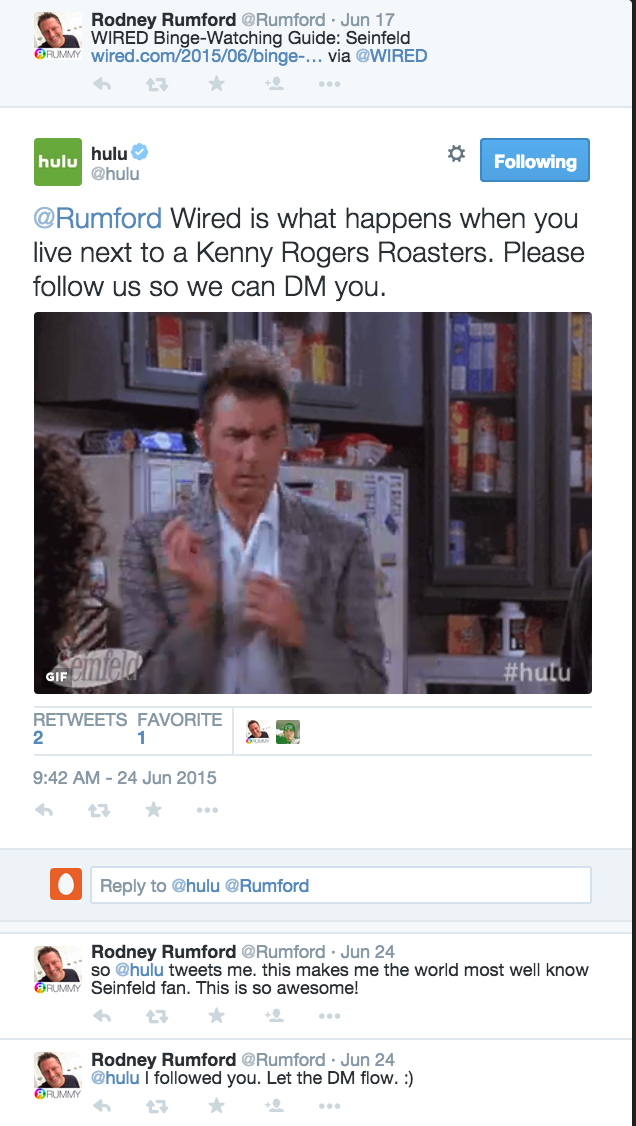 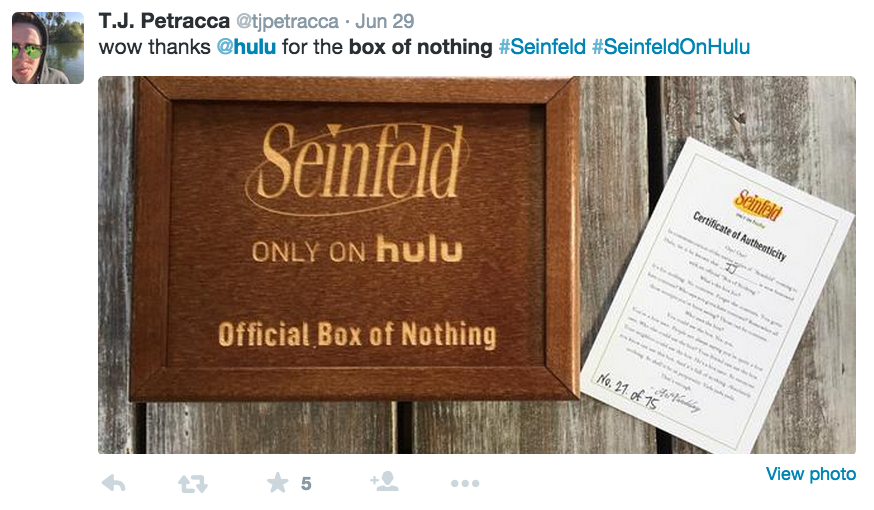 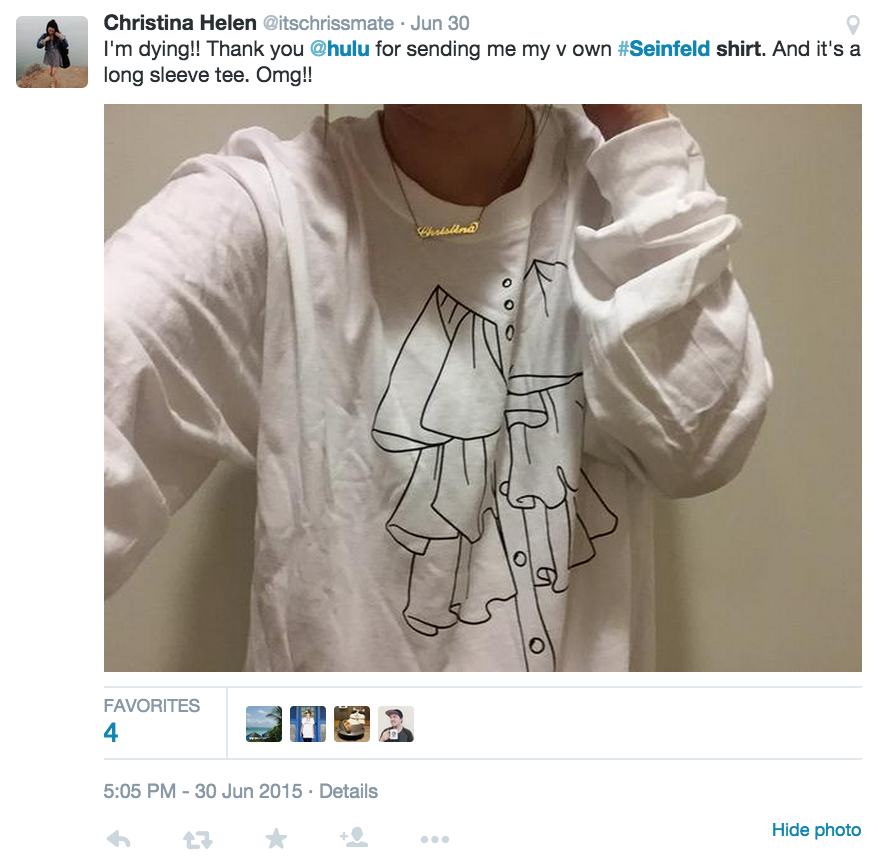 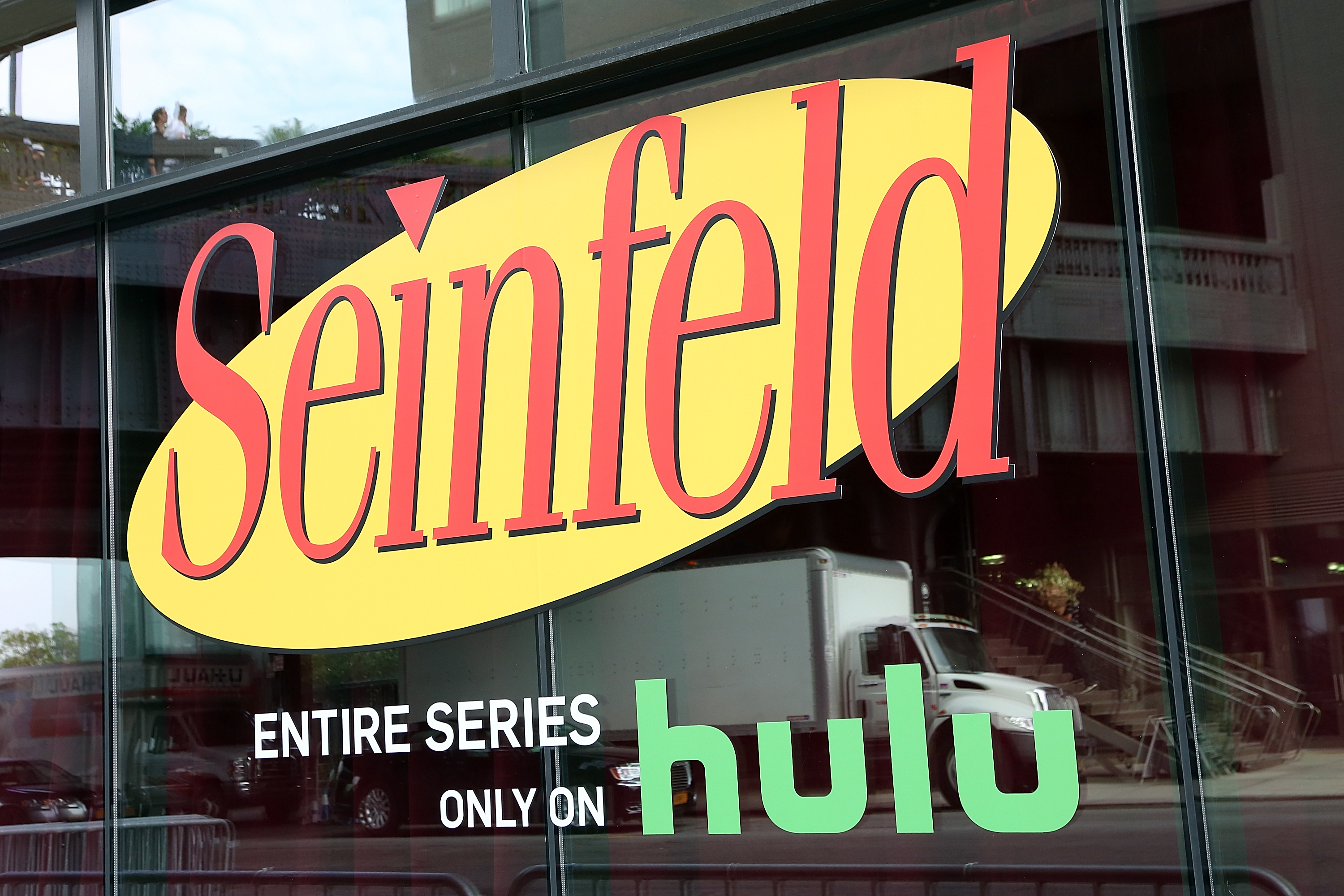 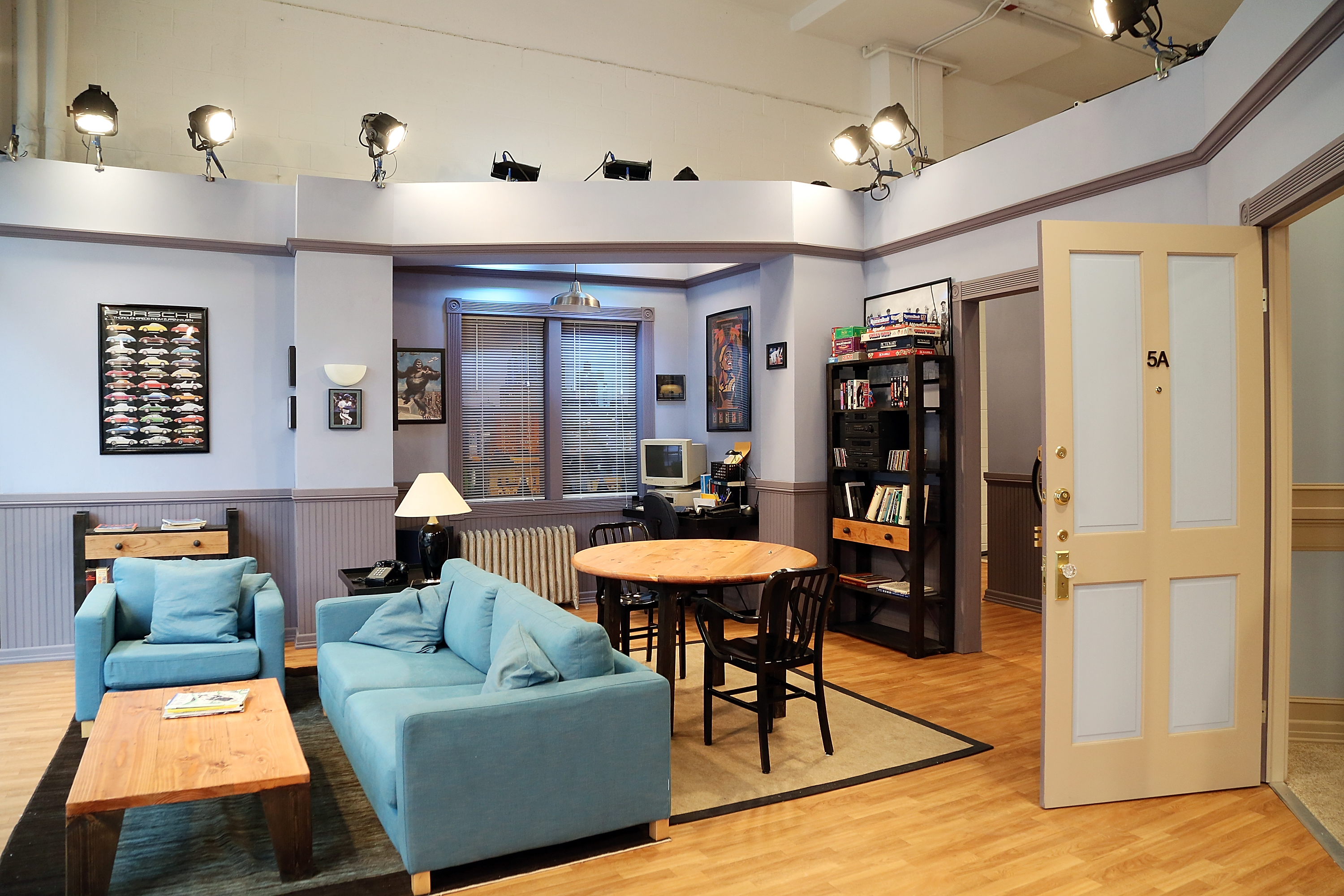