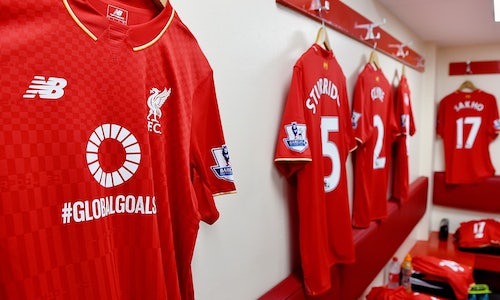 In partnership with Standard Chartered Bank (SCB), Liverpool FC were proud to be part of the 'Global Goals' campaign to raise awareness of relaunch of the UN Global Goals, a set of 30 objectives focusing on eradicating ending poverty, climate change and inequalities within 15 years. To help promote the goals 'Global Goals: Project Everyone' was launched with the ambitious objective of reaching 7 billion people (the World population) in just 7 days.

As part of the campaign LFC and SCB set about activating our global, passionate and supportive fan base to take the message to the football world. There was no call to action, other than sharing the message as widely as possible in support of the wider objective. We worked collaboratively to create a suite of relevant content initiatives with the objectives of appealing to the mass football market. Our overriding objectives centred around:

SCB and LFC worked together seamlessly to create a mass market content strategy. The content created was unique and designed specifically to talk to the world through football. Content was released across Social Media, radio, print and TV, reaching people across the globe. Joint activities were pushed out between 20th August and 26th September and included;

Dizzy pens – LFC First team members took penalties after spinning around. The content went viral across a number of platforms, encouraging people to take part and create their own videos. This was the first push for the Global Goals campaign with LFC and resonated well amongst fans

We the People – in advance of the UN summit in September, LFC and SCB put forward first team captain Jordan Henderson, Team Manager Brendan Rodgers and LFC Legend Robbie Fowler to feature in a visual manifesto calling for change. A number of other public figures featured in the video to encourage conversation and raise awareness

World's Largest Lesson – Footballer Kolo Toure featured in a video toolkit for schools globally, encouraging children to contribute to changing the world. This was a powerful and engaging piece calling on children's 'superhero' imagination to prove anything is possible

Shirt Swap – SCB donated their prime LFC front shirt sponsor placement for the Aston Villa game on 26th September. The Premier League game was broadcast to million across the globe and gained unrivalled exposure for the Global Goals campaign. At half time, LFC Ambassador Robbie Fowler, along with participants selected by LFC Foundation, took part in the dizzy pens activity on the pitch at Anfield

Radio Everyone – A pop up Radio station was created and LFC Stars Jordan Henderson and Adam Lallana were amongst a few players to take part in the recorded show. The key aim was to broadcast the global goals to a mass audience

Emotive video featuring Mekfah – LFC and SCB worked in collaboration to create an emotive video portraying the extent of poverty across the world. Through SCB relationship, Mekfah was transported from the slums of Bangkok to Kuala Lumpur and was presented the opportunity to walk out with the LFC Captain ahead of the preseason tour game. The journey was captured via video and shared globally across all LFC and SCB platforms to help educate the world about the 'Global Goals' message

In addition to the key activities highlighted above LFC activated their significant global PR reach to maximise the scope of the campaign. The effect of this can be seen in the results section.

SCB also utilised a range of their contractual rights with LFC to help raise awareness of the campaign, these included:

Using all of the resources possible, both LFC and SCB were able to exceed all targets. The results were testament to the hard work and dedication shown by all involved in this inspiring project.

Overall, both LFC and SCB met the objectives of the campaign and engaged with as many people as possible on a global scale. As one part of the 'Project Everyone' campaign, which included figureheads across Film, TV, Music etc LFC and SCB reached almost half (3.61billion) of the global 7 billion target.

Video for Global Goals - Project Everyone 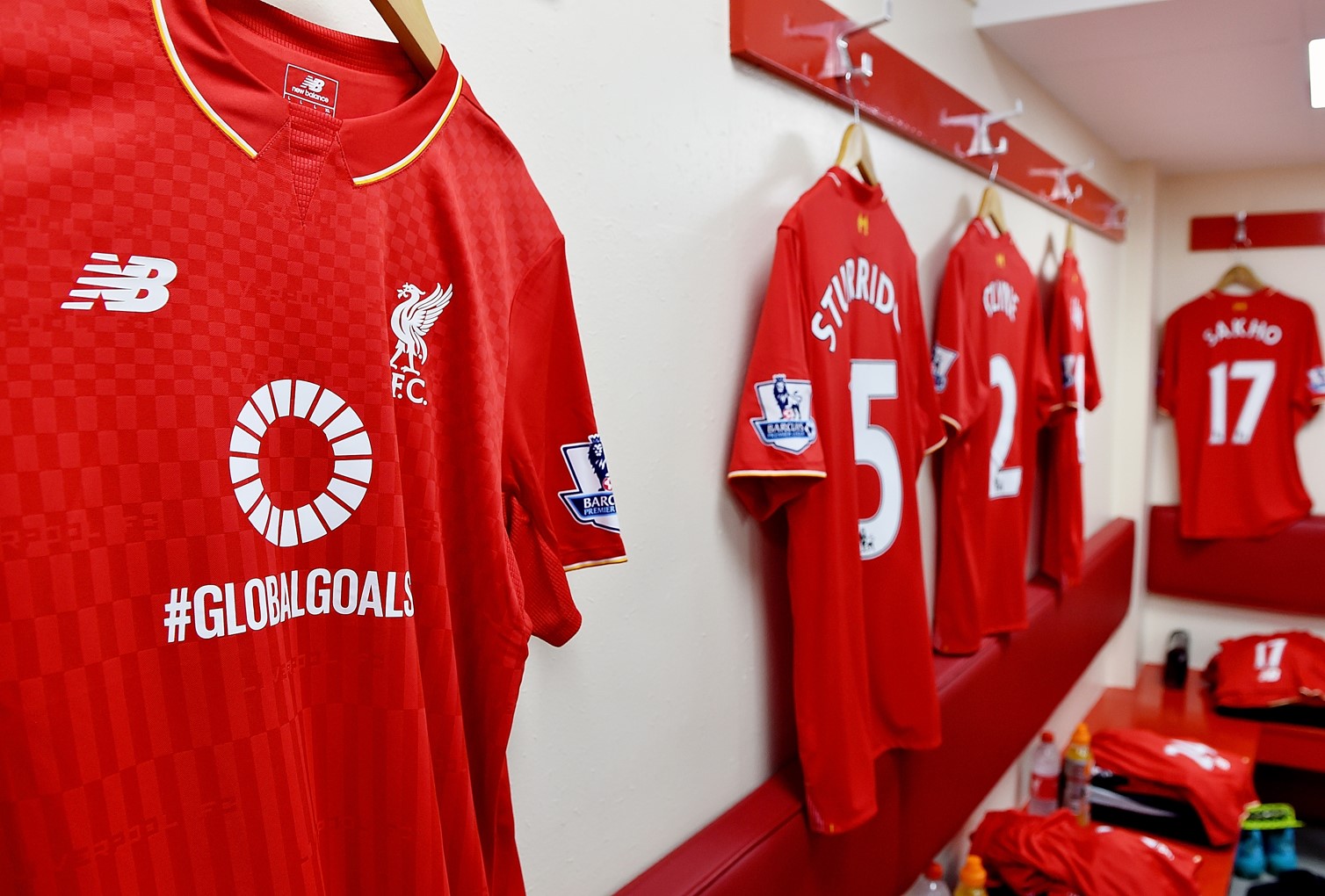 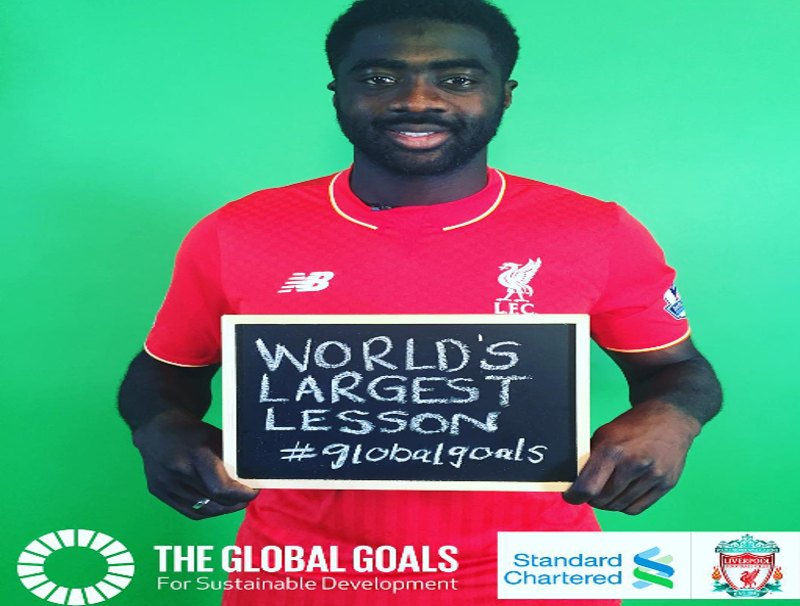 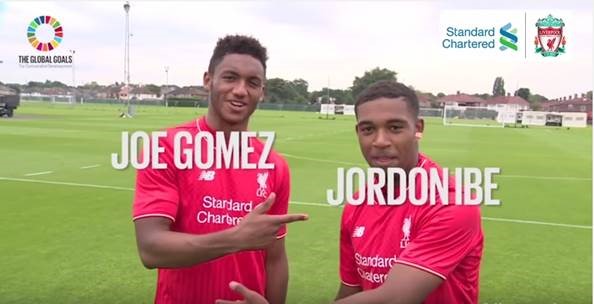 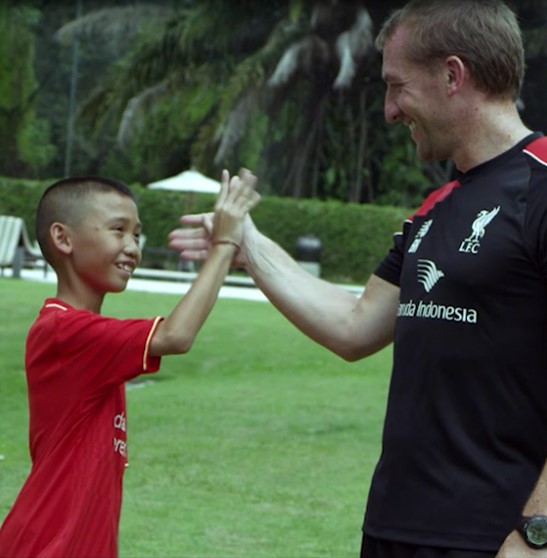 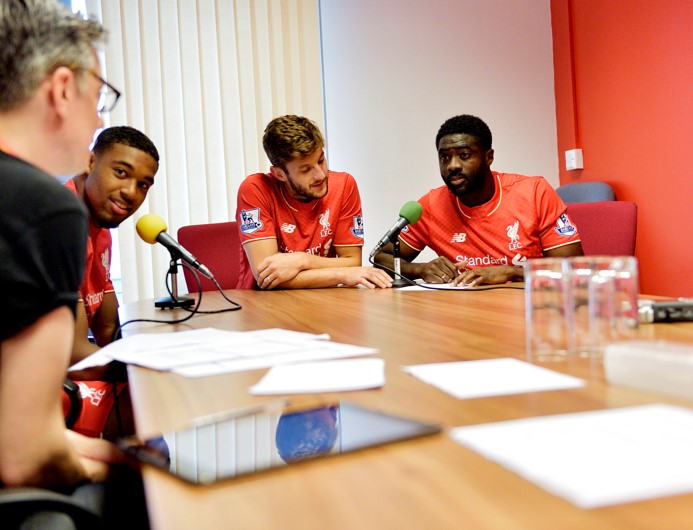