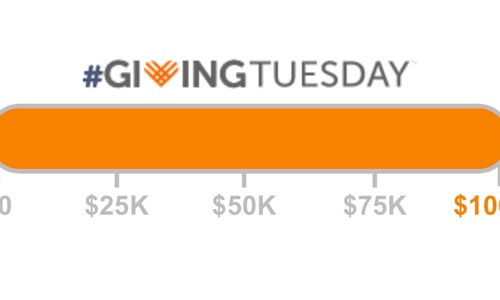 Giving Tuesday With No Kid Hungry

It's no secret that the end of the year is a productive time for non-profit organizations and the causes for which they advocate. After all, the holidays are a time for giving and people have begun consciously searching for meaningful ways to get in the spirit while also spreading it. And if that spirit happens to include a tax deduction, then that's a bonus.

It's easy to get caught up in the circus of Black Friday and Cyber Monday—we begin seeing and hearing signs of the approaching holidays well before the leaves have fallen from the trees. But even among that early chaos, it's becoming difficult to ignore the noise being generated by Giving Tuesday, possibly the most important day in the year of a non-profit.

Having seen the impact created by others, non-profits have flocked to Giving Tuesday in growing numbers, making it increasingly more difficult each year to stand out in the crowd of charitable opportunities. No Kid Hungry, the organization dedicated to ending childhood hunger in America, is no stranger to the Giving Tuesday initiative. And their cause, like so many, is one that deserves to be heard more often than the endless swipes of credit cards at department stores on the day after Thanksgiving.

1 in 5 kids in the United States don't get the food they need. Rallying No Kid Hungry advocates and their communities around Giving Tuesday would go a long way in changing that 1 to a zero.

With the goals for No Kid Hungry's involvement in Giving Tuesday 2015 being even more ambitious than the previous year, planning began months in advance. A big part of that plan included securing the sponsorships of nationally-known consumer brands. Hickory Farms and Kettle Brand stepped forward as sponsors for the day, generously offering to match donations up to $100,000—double the sponsor match from 2014. This meant increasing fundraising efforts while adding new elements to the mix in order to create meaning for advocates, both new and old, and for the sponsors themselves.

No Kid Hungry relies heavily on its advocates to help advance its message and build awareness. One special group of supporters includes the No Kid Hungry Social Council, a collection of online influencers from all walks of life who are dedicated to ending childhood hunger in America. Throughout the year, the NKH Social Council convened to brainstorm ways of reaching the 2015 goals and discussed ways to bring the vision to life.

An area of opportunity from previous years was that of personal fundraising. Supporters had always had the ability to create personal fundraising pages and encourage friends and family to donate to NKH for Giving Tuesday. And while those efforts were inspiring, they generated only a small portion to the overall Giving Tuesday donations. But, with greater focus placed on personal fundraising through creating excitement and providing interactive best practices and support, this tactic could be one of the most effective ways to reach the goals.

No Kid Hungry hosted webinars for people with personal fundraising pages, showing them how to rally their online (and offline) communities. And on Giving Tuesday itself, the NKH Social Council and other prominent advocates became real-time coaches and cheerleaders as the personal fundraisers hustled to reach their individual goals.

No Kid Hungry's celebrity advocates also made their presence felt on Giving Tuesday, strategically posting tweets, images, and videos prior to and throughout the day. New platforms such as Blab and Periscope were used to help spread the word. And above all, #TeamNKH was dedicated to seeing the goal reached, even if that meant no sleep until it happened.

By the end of the day, No Kid Hungry had set new records.

In addition to No Kid Hungry being the most-mentioned non-profit on Giving Tuesday, the #NoKidHungry hashtag was the second most-mentioned behind the leading hashtag, #GivingTuesday. And their generous sponsors, Hickory Farms and Kettle Brand, were two of the top three most-tweeted brands of the day, demonstrating the power of donation matches in building brand awareness and generating positive sentiment among consumers.