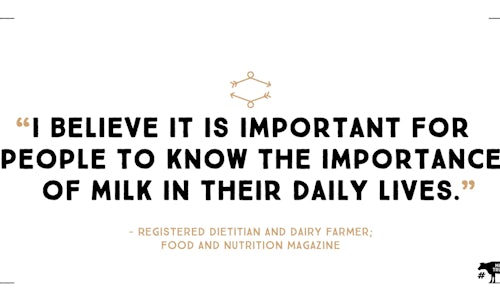 Get Real: Rallying Around The Truth About Milk

Recently, milk has been under attack. New milk-like drinks and alternatives have been making confusing claims, science has been misconstrued in the media, alarming headlines have been taken out of context, and activist groups have been increasing their attacks against the longtime staple in American homes.

The result? People—including many parents—are questioning the value of one of the most nutrient-rich, affordable and available sources of high-quality protein and 8 other nutrients, many of which are lacking in American diets. The confusion has major public health implications, especially for kids, for whom these nutrients are vitally important.

That's why the Milk Processor Education Program (MilkPEP) decided to "Get Real" and share the truth about milk in a way it hadn't before. The approach was risky—and, likely to prompt anti-milk activist conversation (which it did)—but armed with the facts, MilkPEP launched a take-back of the conversation and kick-started a new "always-on" approach to content publishing that has successfully prompted Americans to reconsider the REAL truth about milk.

The team designed the campaign to measure three things:

1. Engagement: Enlist a network of third-party experts, industry influencers and, ultimately, consumers in a conversation about 'Milk Truths'.

2. Awareness: Drive broad awareness of these Milk Truths via social and traditional media, with the goal of effectively reframing the conversation around milk.

3. Sentiment: Foster and maintain positive sentiment surrounding milk to move the needle on activation day and beyond.

MilkPEP's strategy relied on rallying an army of unpaid, credible and authentic milk advocates. There are thousands, if not millions, of people who understand the truth about milk, and feel passionately about correcting the rampant misinformation. These advocates would kick-start a positive dialogue about the longtime refrigerator staple by sharing credible third-party content and facts via social media on a single day. The goal? To come together in a moment in time to spark a conversation that would be sustained through a new publishing model to educate consumers, debunk misinformation and change the conversation about milk in the place where people are being faced with misinformation every day – their social newsfeeds.

To take back the online conversation about milk, MilkPEP:

Utilized factual data and insights and credible third-party content to root all communications in a simple, focused message

Since the launch, MilkPEP has seen positive impact that is helping to drive category volume, shift the balance of conversation with positive milk stories, and improve consumer perceptions of milk. The Get Real effort and subsequent content publishing program have driven improved flavored milk sales (nearly 6 percent volume growth YTD), renewed interest and increasing sales of whole milk, and scrutiny of milk alternatives. In total, MilkPEP's content publishing platform has resulted in more than one billion impressions in just one year (1.8 billion impressions and counting), including more than 225MM driven by the one-day activation. Other notable highlights include:

Despite anti-milk conversations that attempted to derail the Milk Truth message on activation day, campaign sentiment remained 80% positive throughout the week (January 27-30).

In just 6 months after the one day take-over, there was nearly a 300 percent increase in positive stories, and there are now almost 10 times more positive stories than negative.

Since launch, the content publishing platform has continued to drive social and digital engagement – more than 37MM engagements to-date. 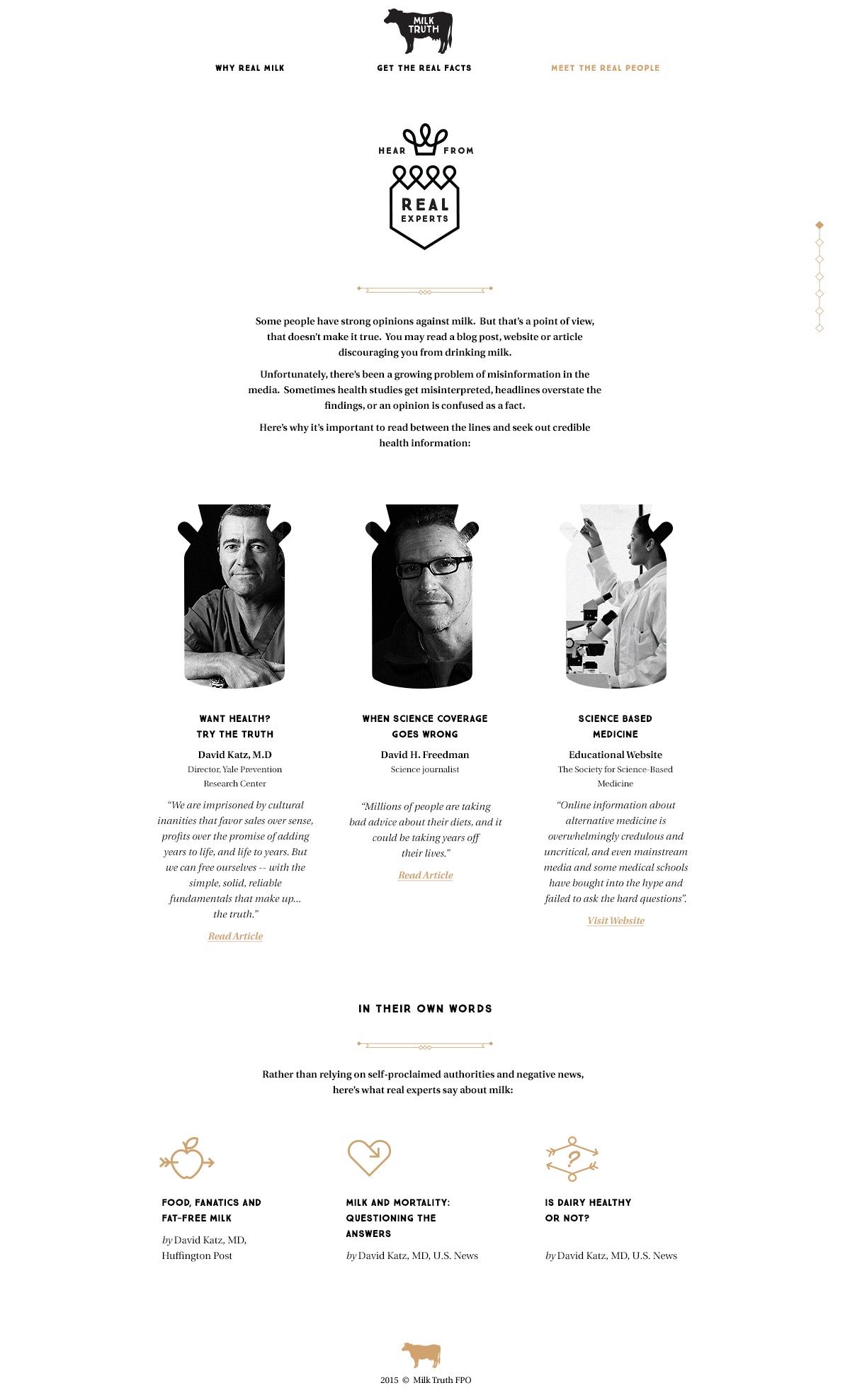 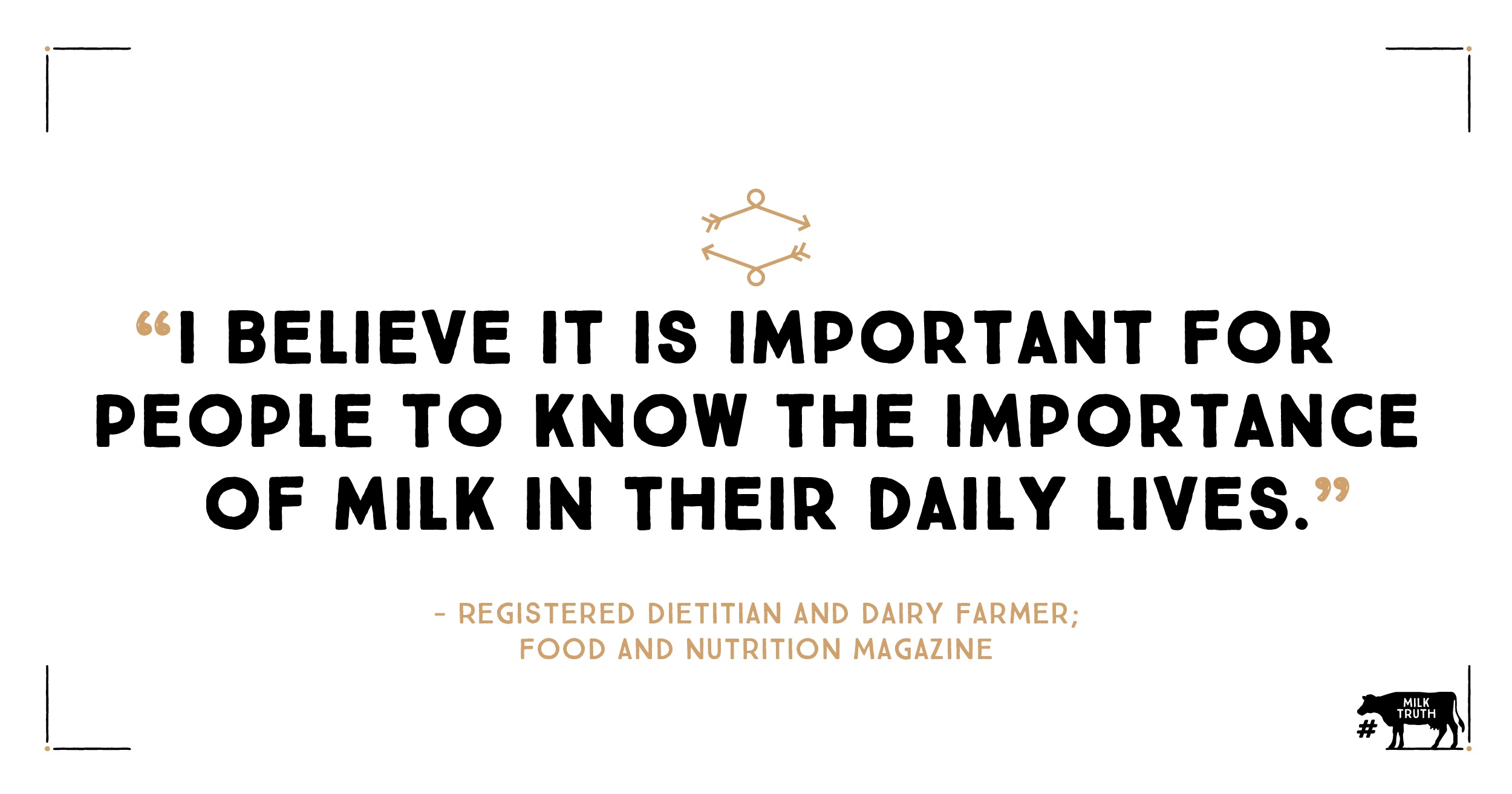