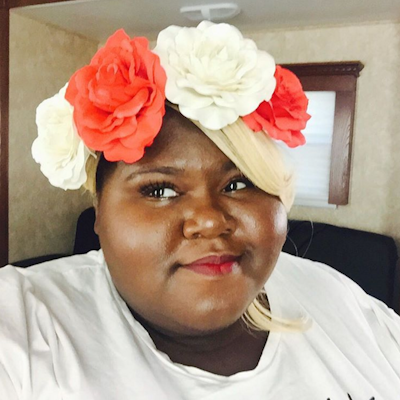 In an industry obsessed with only one image of perfection, Gabourey Sidibe broke the mold. Her first and breakthrough performance in the 2009 film Precious earned her a nomination for an Academy Award for Best Actress. Since then, she’s had supporting roles in more indie features, like Life Partners, Seven Psychopaths, and White Bird in a Blizzard, but TV has become her new home. She’s a regular on FX’s American Horror Story, FOX’s smash hit Empire, and NBC’s Difficult People. Her playful personality shines through her Twitter and Instagram accounts, where she speaks her mind with co-stars and defies Hollywood standards on a regular basis.