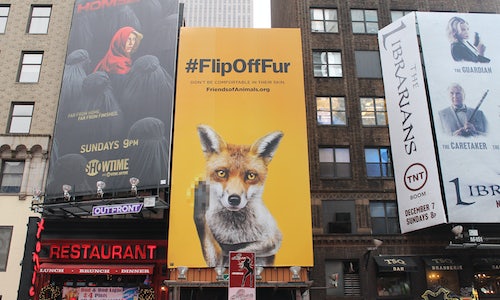 The goal was to use limited advertising budget to raise awareness and create engagement among those who oppose the fur trade during fur week in New York City. We did not just want to create awareness for our cause, rather, we sought to create dialogue and interaction among potential new advocates at the expense of those who participate in the fur trade. In addition, we wanted to make dissing fur cool.

A controversial billboard featuring a photo of a fox flipping off fur-wearers was used along with the hashtag #FlipOffFur. The billboard's location in the middle of the fur district created buzz, but more importantly allowed for our hashtag to be instantly relevant by allowing pedestrians to participate at the moment they interacted with the billboard. This created the spark for our protest/conversation on social media.

In just a 4-week period 200,000 tweets and retweets were generated with the hashtag (#FlipOffFur). We were able to leverage one billboard with our custom hashtag to engage fans and create a groundswell of support for our cause on social media. In addition to surpassing our goal of 50,000 tweets, the campaign was covered by national media outlets like CNN. The campaign was such a success, it is being repeated for a second year during the fur-buying season. Friends of Animals' site traffic was up 500% during the campaign. 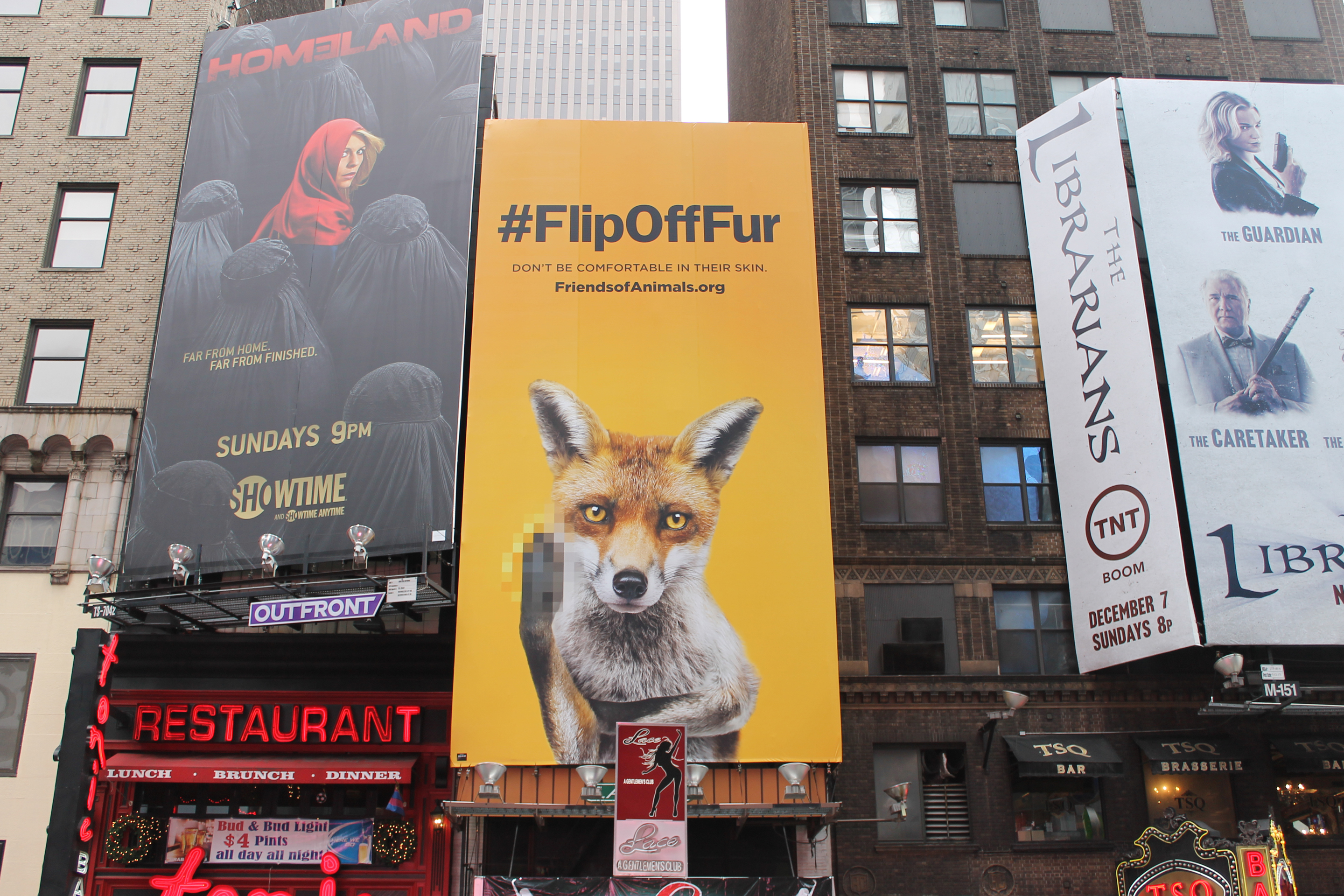 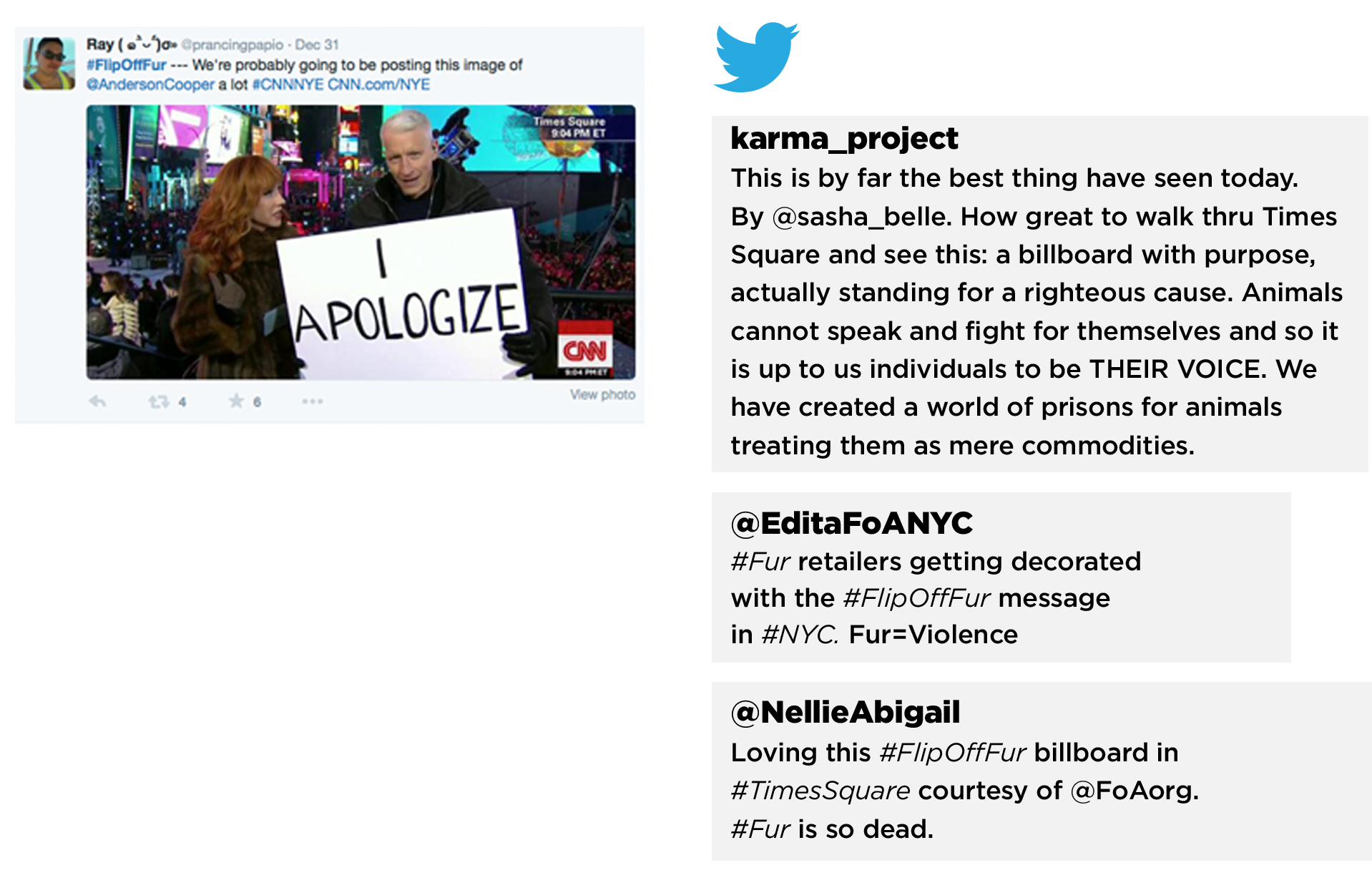