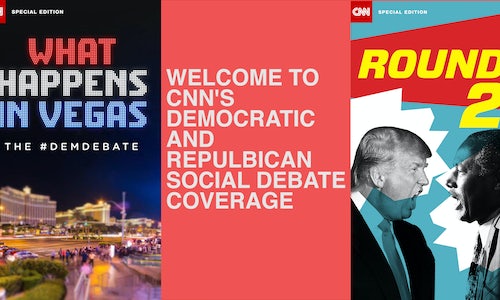 Every presidential debate, every platform, on CNN

The beauty of CNN is that we have one of the largest and most engaged social audiences in the world. The goal: create native content that serves the audiences of each specific platform, whether that be on air, on Facebook or in our Snapchat Discover channel. We go where the audiences are, meeting them in ways that suit the specific demographics and aesthetic of each.

Our strategy from the beginning is to tell the story of CNN's Democratic and Republican debates in creative, native, and engaging ways - to meet our audience in the places they already are, on every platform.

1.Facebook: aside from on-air references and UGC questions from air, we hosted Facebook lives with Anderson Cooper and Don Lemon to take questions live from our audience about the debate, we produced a series of Facebook 360 virtual reality video to bring our Facebook audience INSIDE debate set up and the CNN Debate Spin Room. We had Wolf Blitzer host a CNN Virtual Reality series for VR headsets. We also created a Facebook original native video series called "The Littlest Situation Room." We sent a Campaign Camper around the country with Facebook, collecting video stories and questions from college students. We integrated live social voting with on air promotion, using iPowow. This all in addition to an aggressive social publishing plan and native upload of CNN Debate content.

2.Instagram: For each of the debates, we launched several creative projects. For both the Democratic and Republican debates, we teamed up with famed Vanity Fair photographer Nigel Perry to capture each candidate in a moving portrait, exclusively for Instagram. These portraits were unlike anything other news outlets have done on the platform. We also hosted a pre-debate #Instameet with Las Vegas Instagram influencers, which also helped #CNNDebate trend on the platform. For the Republican debate, we teamed up with filmmaker/photographer Vincent Laforet, who captured 6 varying wide angles of the debate – rigging cameras from the floor, to the ceiling, to capture these very unique perspectives. We also built a series for Instagram leading up to the debate, #ElectionInoneWord from the students filmed in campaign camper.

3.Snapchat: For each debate we build a Snapchat special edition for our Snapchat discover channel. We film, design and breakdown complex topics of the debate that appeal to our Snapchat audience. For Snapchat live stories, we film Wolf Blitzer, Jake Tapper and candidates – it's always a joy to see Wolf excited for some Snapchatting!

4.Vine: We take moments from each of our debates and live Vine the key social moments (i.e. #TrumpFace).

5.We live tweeted the debate using SnappyTV, on air clips that load native to Twitter. We also live GIF the debate and provide recaps for our audience, "debate in GIFs."

Overall, and as you'll see in the video reel, we truly create content for each social platform, all while integrating social into our on- air and .com experience. All too often, CNN is viewed as a traditional cable news network – but in reality, we're everything but. From Snapchats on the ground, to moving portraits on Instagram, to virtual reality, we're delivering high-end, captivating, native experiences in all the places where our audience lives. It's an incredibly exciting time to be in social at CNN.

The results were astounding. We had overwhelming engagement on all our Facebook content, not just our publishing for the night, but all our Facebook lives leading up to your debates. A huge response on how polished and different the moving portraits were on Instagram, which that, along with our influencer project, trended worldwide #CNNDebate and were featured in Instagrams landing search page. We also trended on Faceook and Twitter, and saw great engagement on our debate special editions. Please view our video reel of all of our social coverage, that's been submitted as a vimeo video link.

Video for Every presidential debate, every platform, on CNN 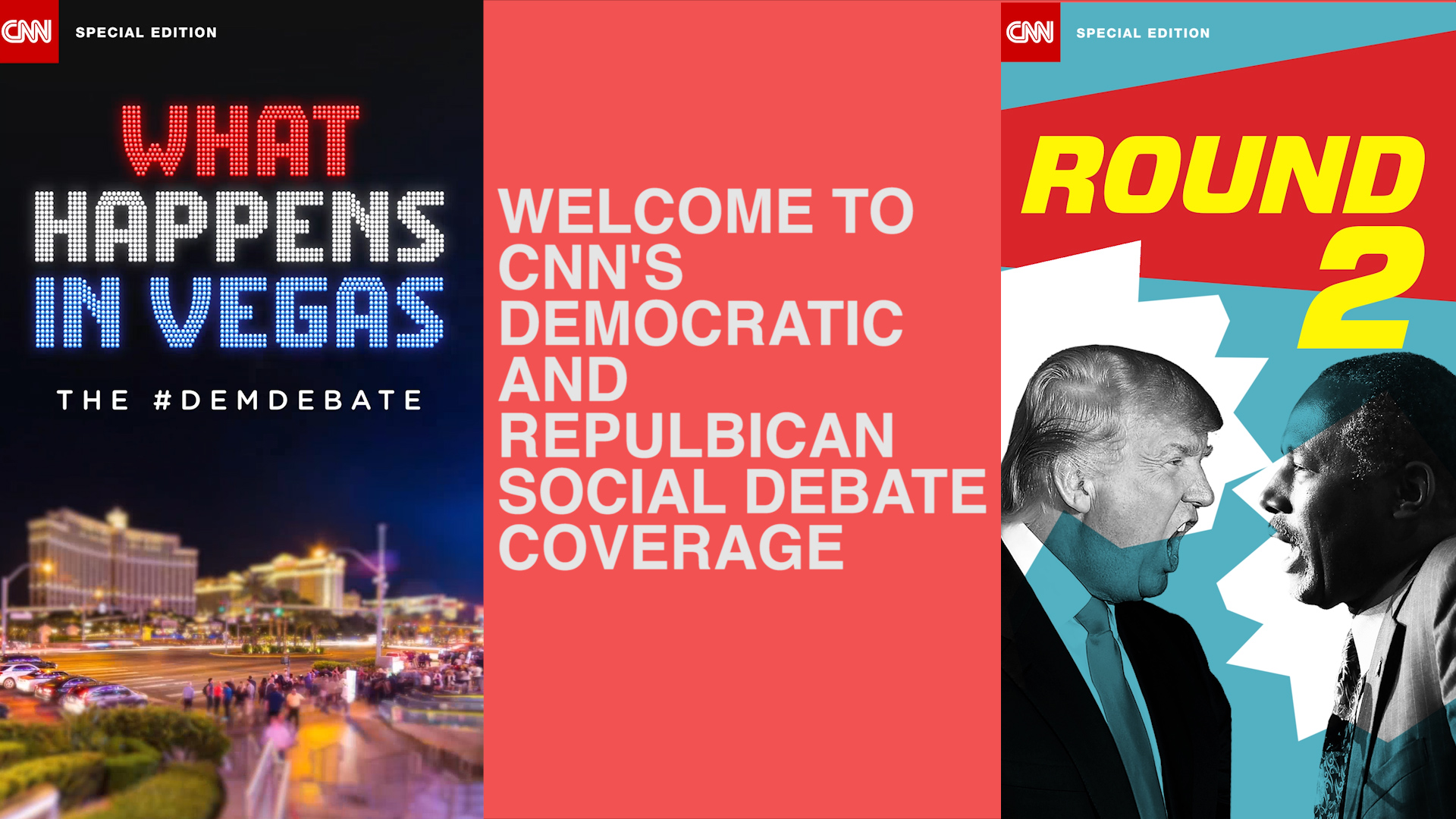